Spirit Airlines flight attendant threatens to call police on passenger wearing a stars and stripes neck gaiter as a face mask - prompting outraged Twitter users to accuse the employee of being anti-American  Incident occurred on board a domestic flight earlier this week The passenger claimed he had worn his stars-and-stripes neck gaiter on 20 previous flights without incident  Spirit is standing by its flight attendant, saying: 'The CDC cautions that gaiters may not be effective'

A Spirit Airlines flight attendant has threatened to call police on a passenger who was wearing a neck gaiter as a face covering.

The incident, which occurred during a flight on the budget carrier sometime last week, was recorded by the passenger and posted to social media.

The video was picked up by https://twitter.com/SVNewsAlerts/status/1307036325909073923 on Friday and has since gone viral, with many debating whether neck gaiters - which can be pulled up over the nose and mouth -  are adequate face covering for a domestic flight.

The passenger's gaiter was also covered in stars and stripes, prompting some to accuse the flight attendant of being anti-American - an accusation that was swiftly shut down by Spirit. 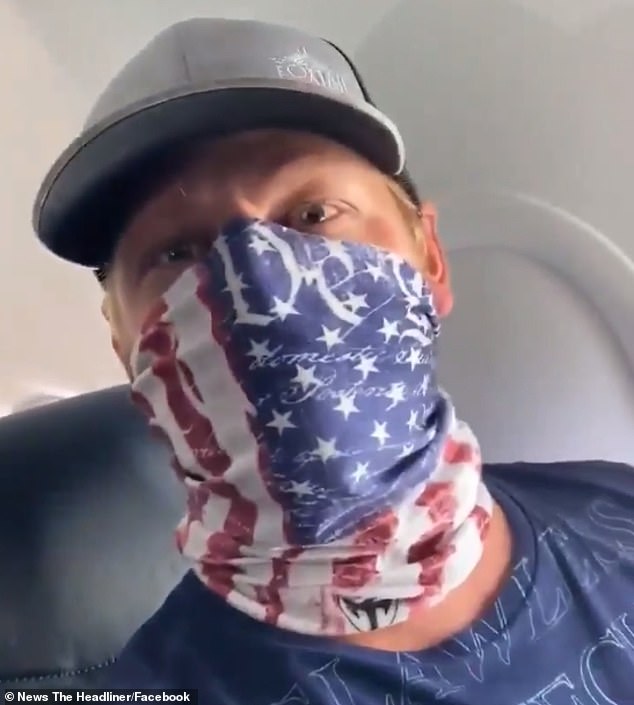 The video begins with the flight attendant asking the passenger to put on a face mask provided by the airline. The passenger responds that he is already wearing a face covering.

'No,' the attendant scolds. 'What do you have underneath it [the gaiter]? That is not legal to wear.''

'Legal by who? What's wrong with my mask?' the passenger snaps back.

PREV Pub and restaurant bosses say 200,000 London workers will lose their jobs this ...
NEXT Troubled girl, 16, takes her own life on school grounds