For sale: four bedroom home, 1970s decor, MUST like pink!

A home on New York's Staten Island has just hit the market having had just one previous set of homeowners who lived in the house from the moment it was built.

Nicknamed 'The Bubblegum house', the dwelling is unique due to the fact that virtually every single room and furnishing is decorated in shades of pink.

From the carpet to the staircase and from the draws to the doors, there's almost no surface that he been left free from a pinkish hue. 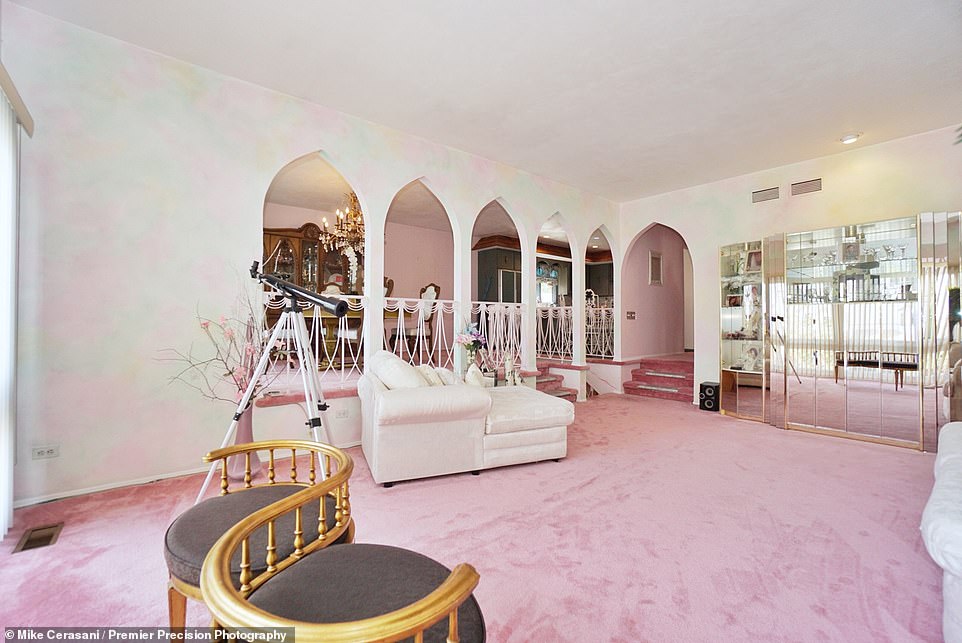 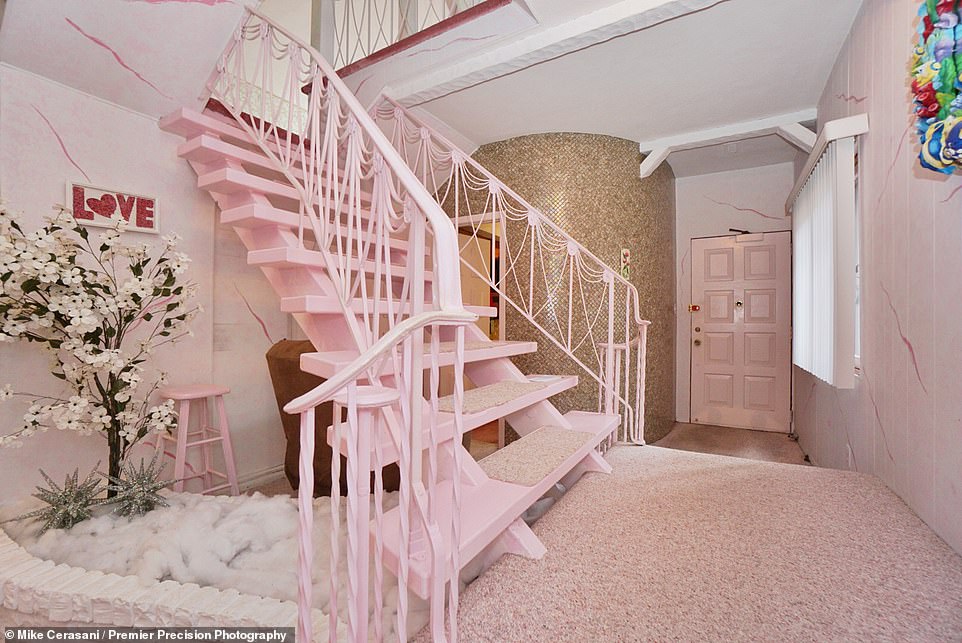 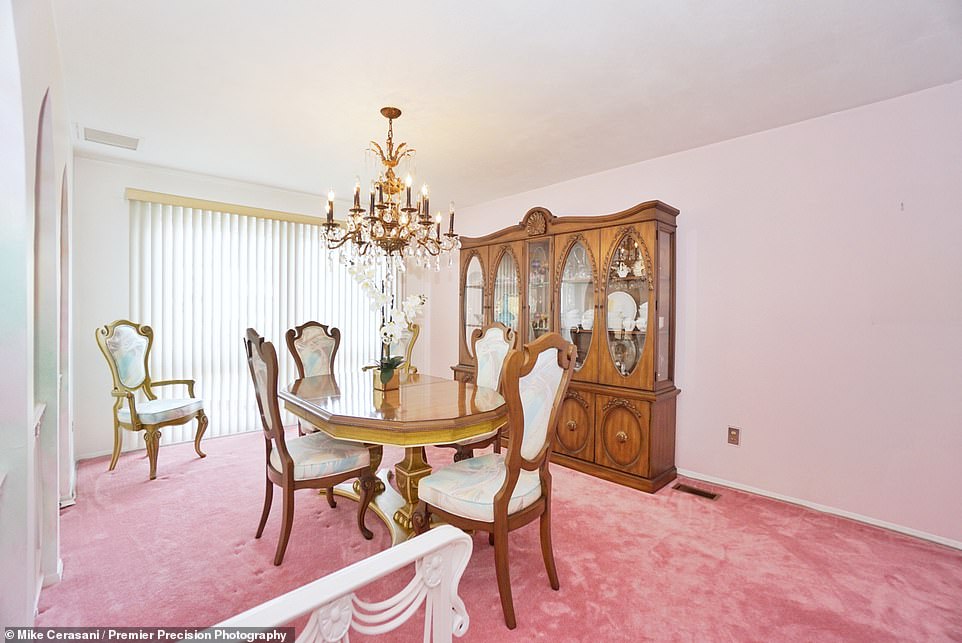 It’s likely the home will be snatched up quickly given its $829,000 price tag and bold color palette 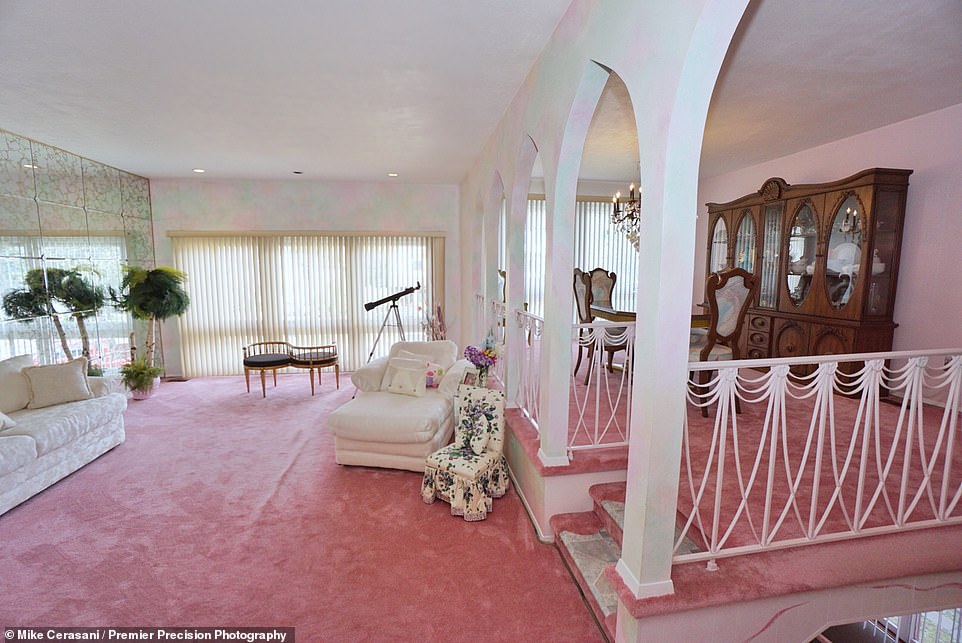 The four-bed, three-bath home in Staten Island’s Grasmere neighborhood is drenched in pastel hues - and is mainly pink! 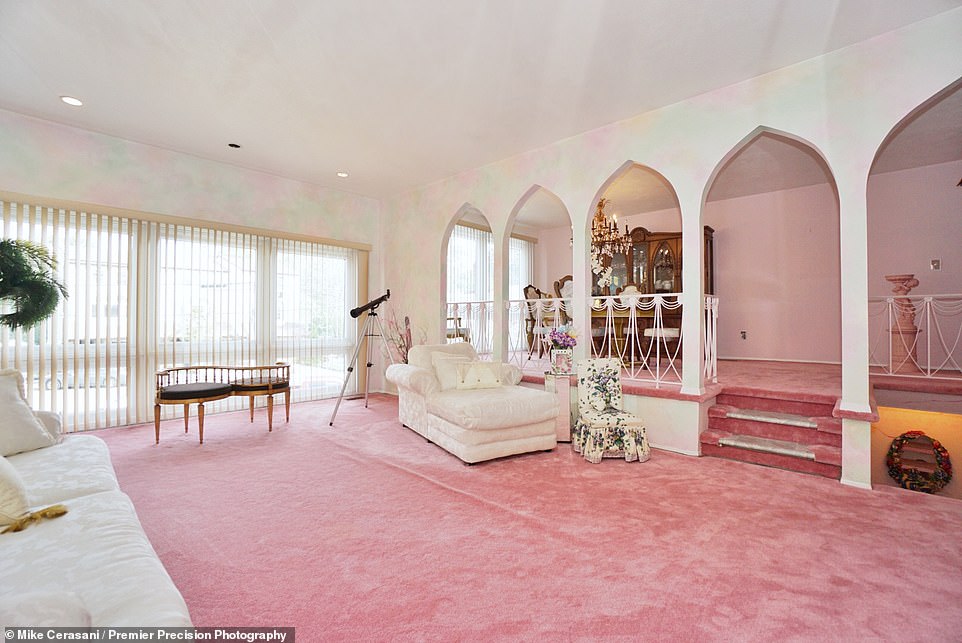 The house, which was built in 1970, appear to belong to another era but it has been so well preserved it's in perfect condition

The four bedroom, three bathroom house was built for Barbara DeLeo and her husband, Richard, who both moved into the property in 1969.

Barbara, now 83, ran a local Deli while Richard, who has since passed away, was an engineer for Verizon.

After suffering a stroke two years ago, Barbara finally decided that after making a lifetime of memories at the home, it was time to downsize and it is now on the market for $829,000.

'Everyone calls it the bubblegum house,' DeLeo said to the New York Post. 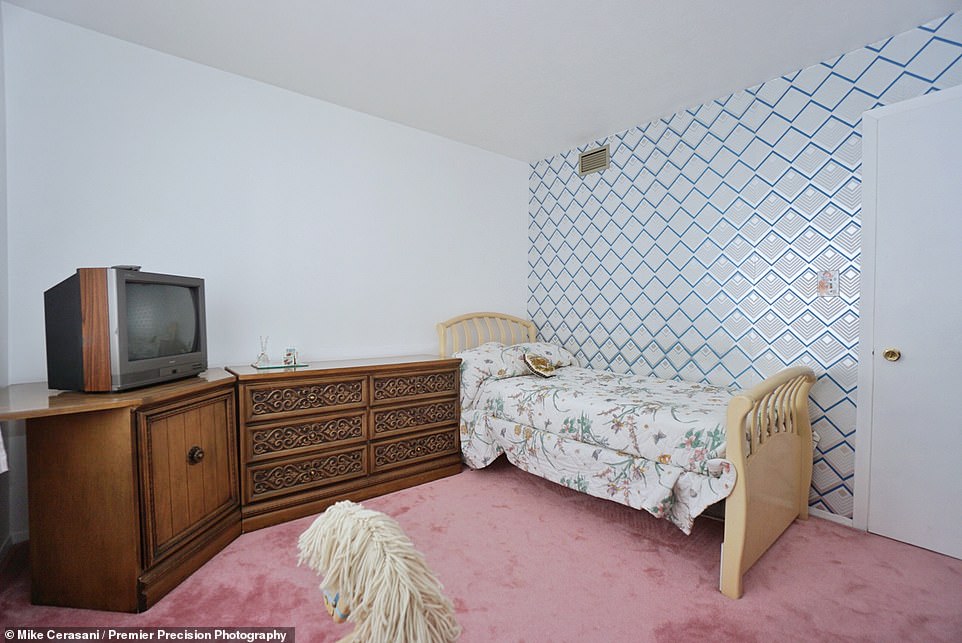 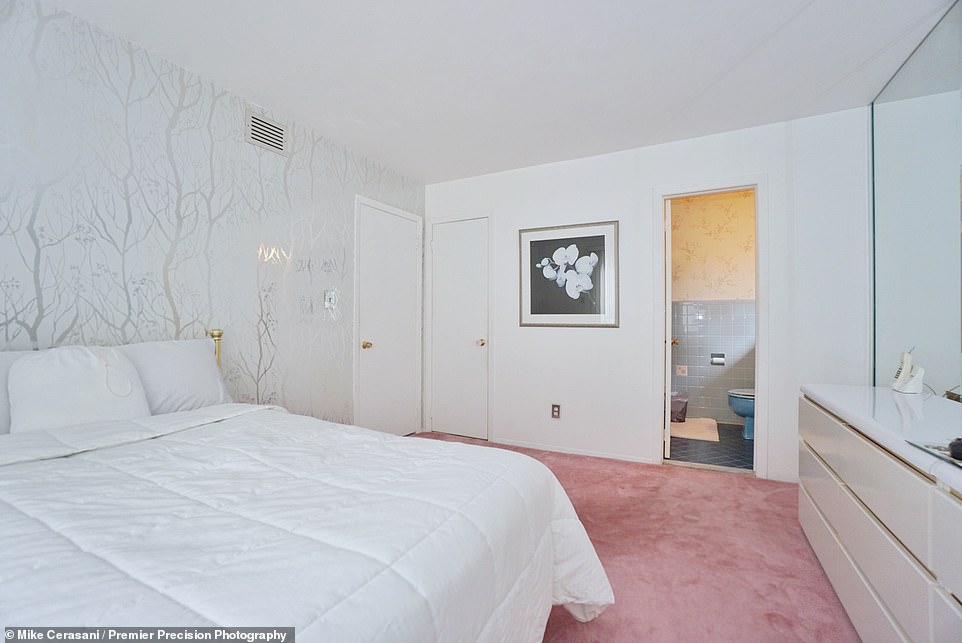 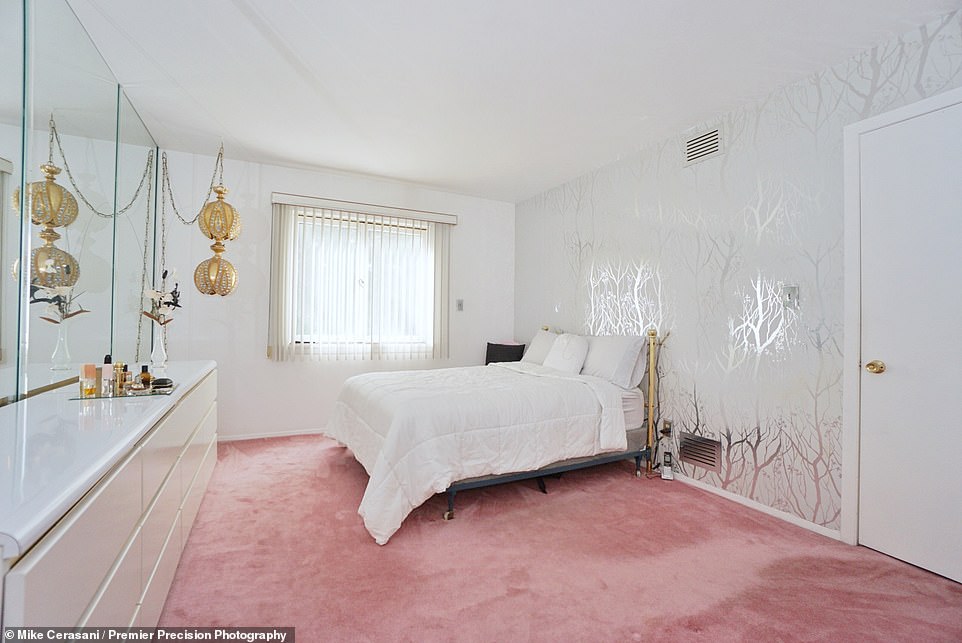 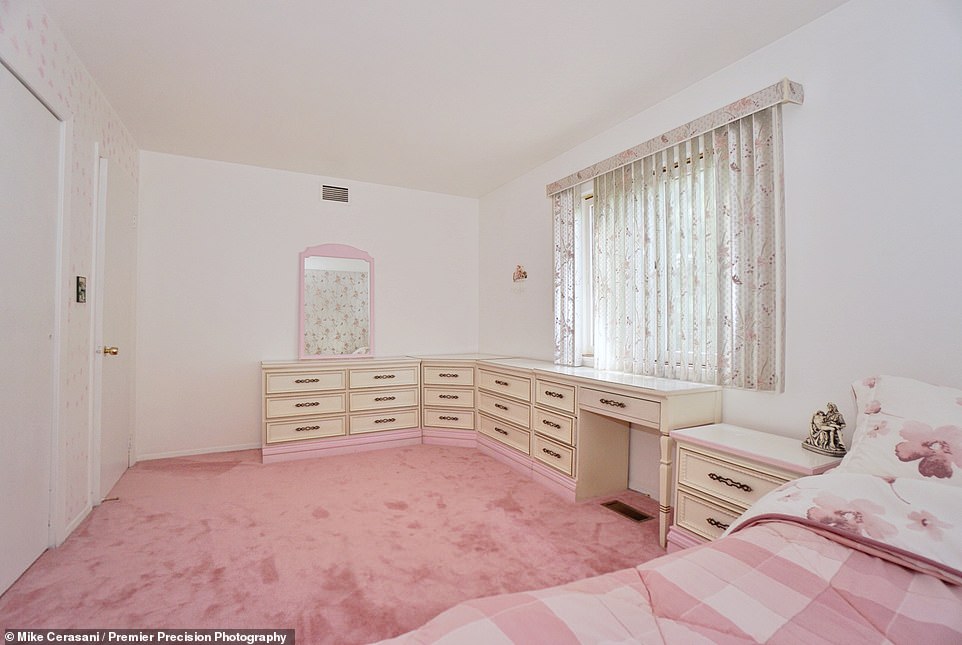 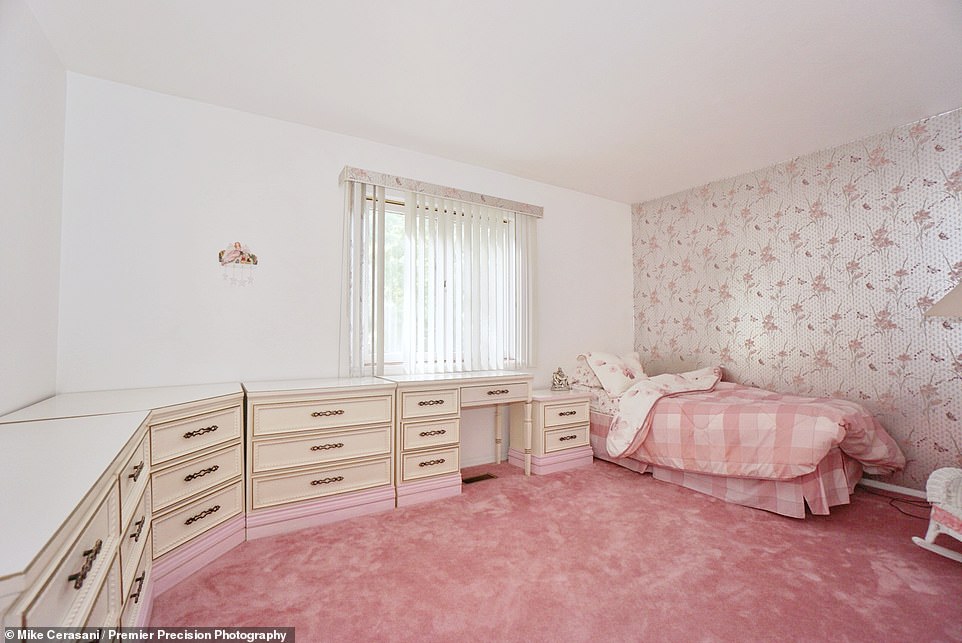 There's no escaping the pink in this particular; bedroom with the fixtures trimmed in pink including the bedding 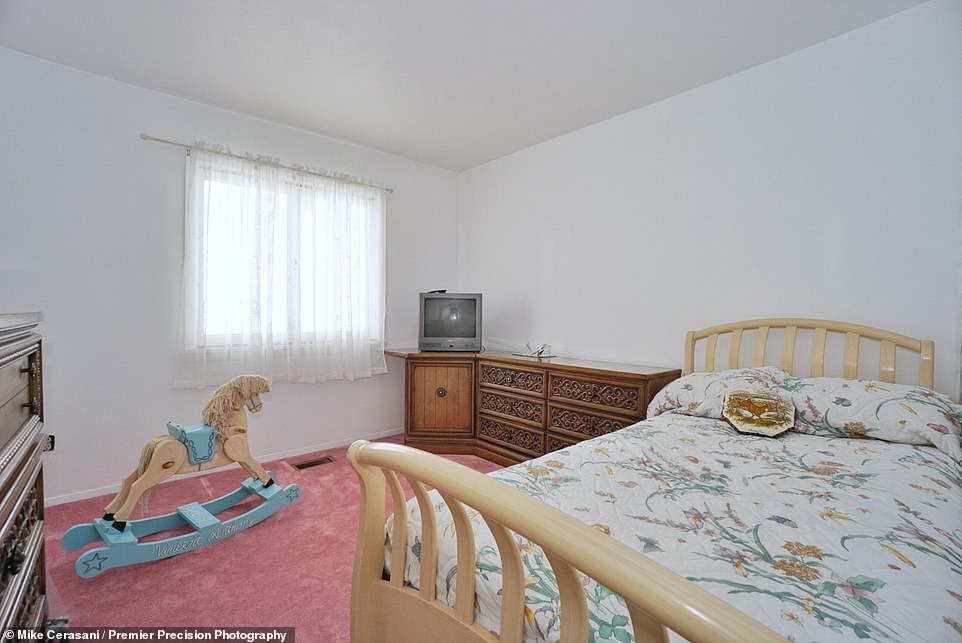 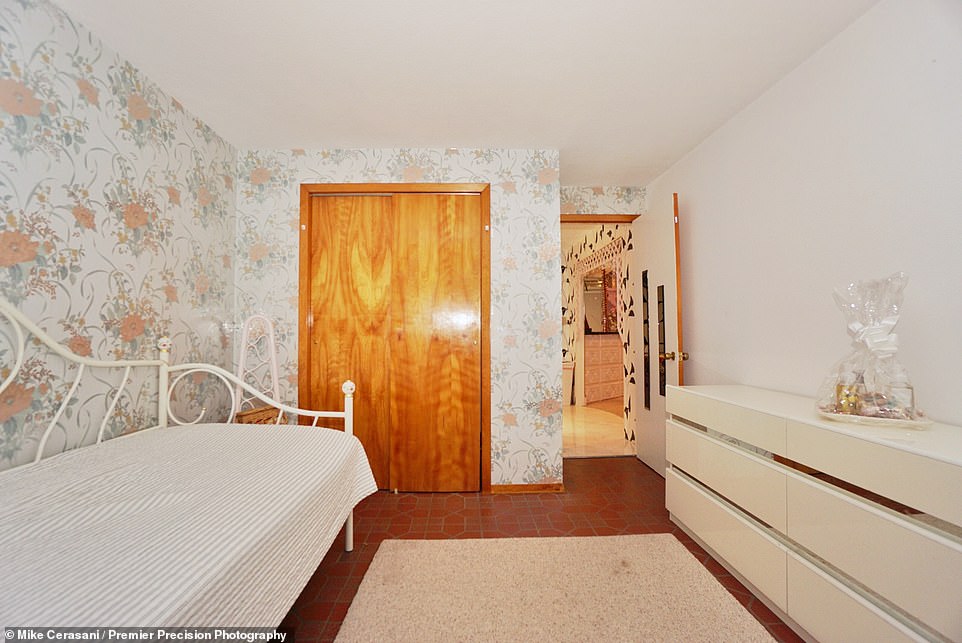 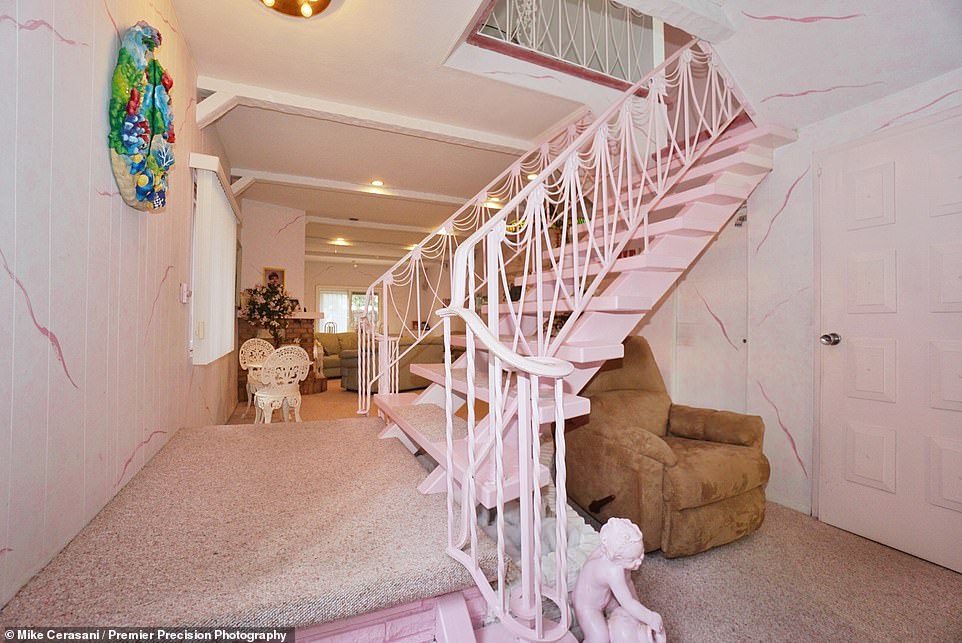 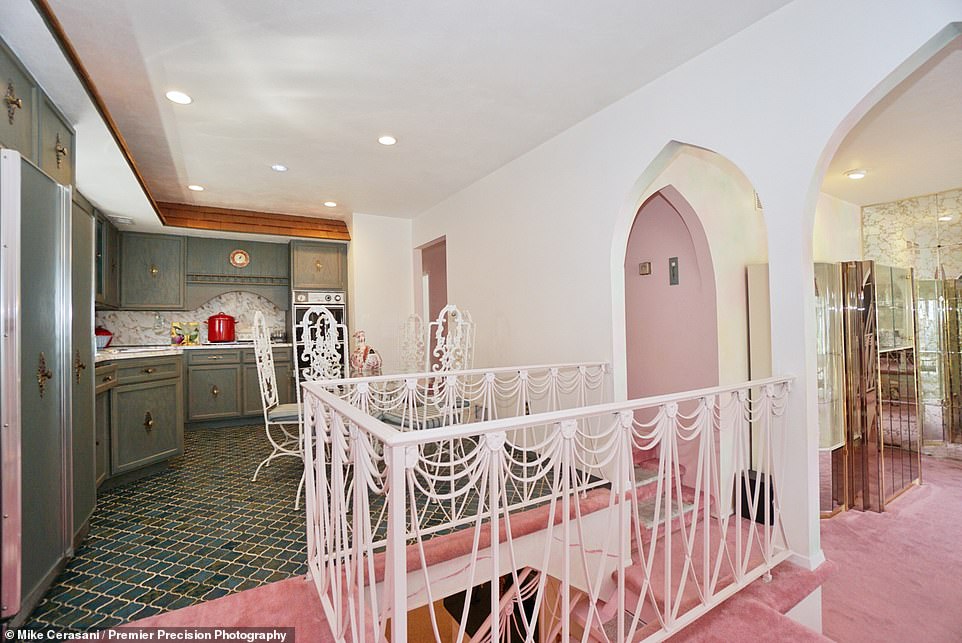 A break from the pink can be had in this kitchen which is made up from blue, grey and black tiles 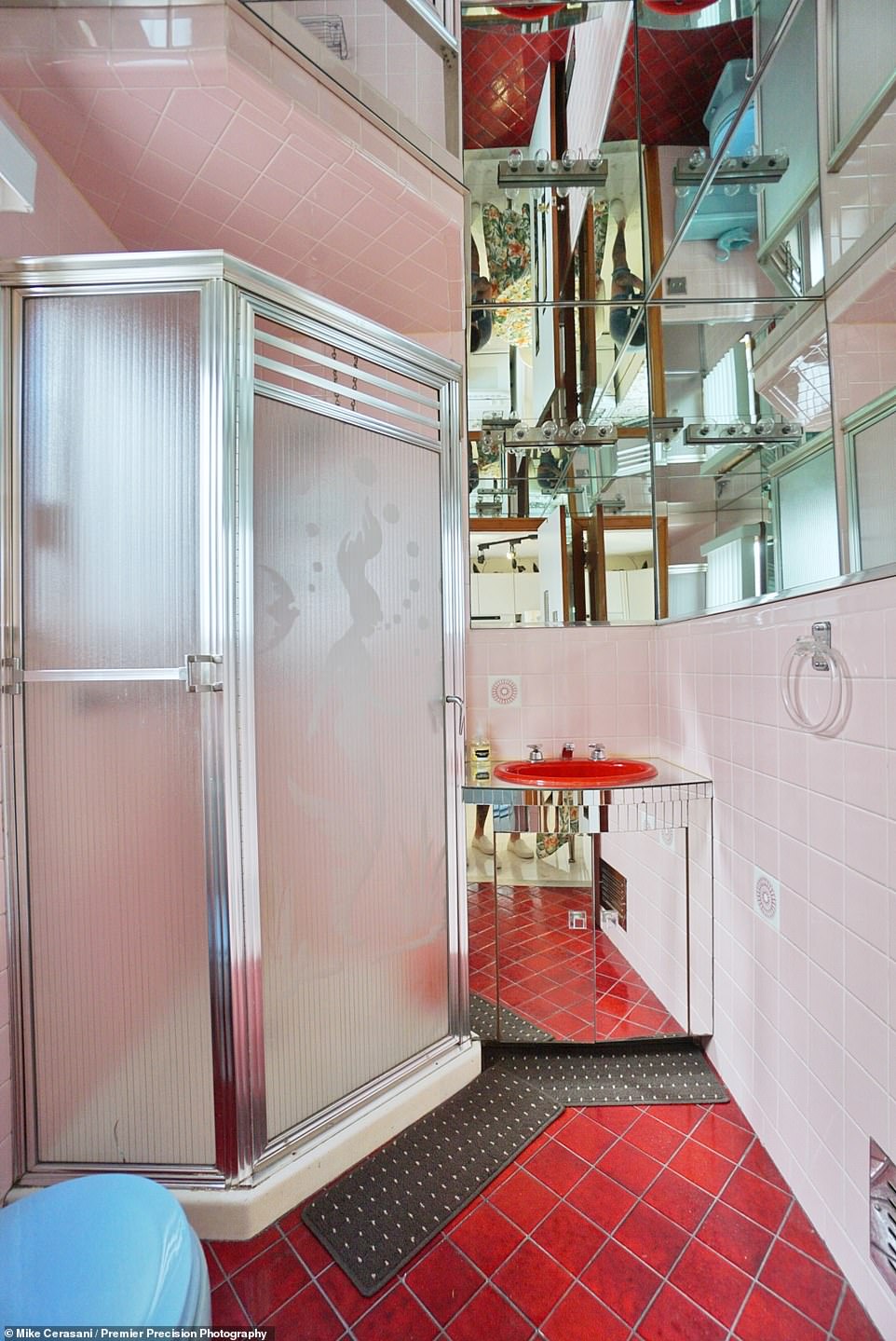 A striking ruby red floor sees a departure from the pink, but not for long as pink wall tiles soon make up for it 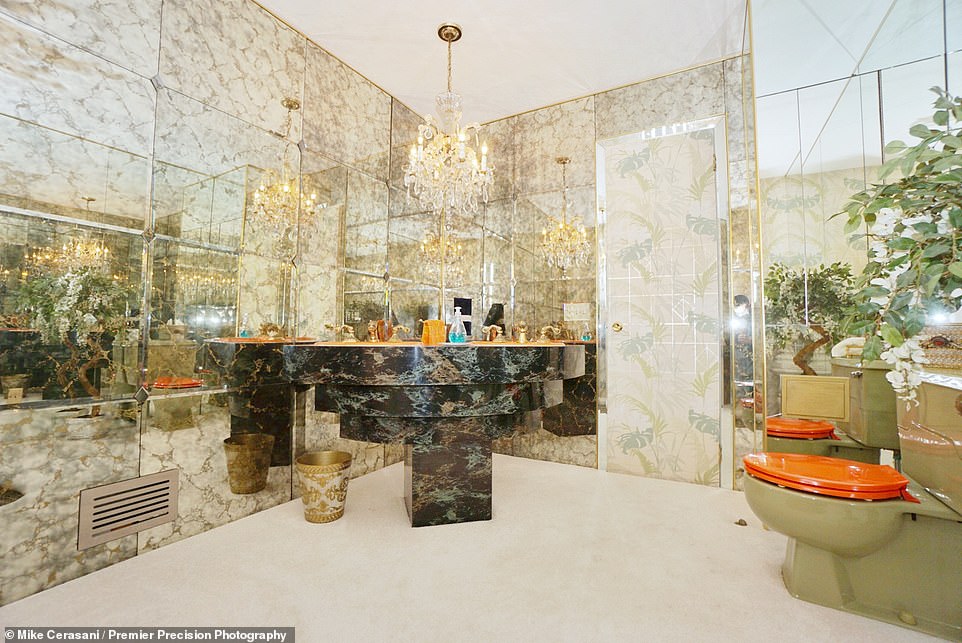 The master bathroom is decorated with marble-style walls, extravagant chandeliers, and bold touches of orange 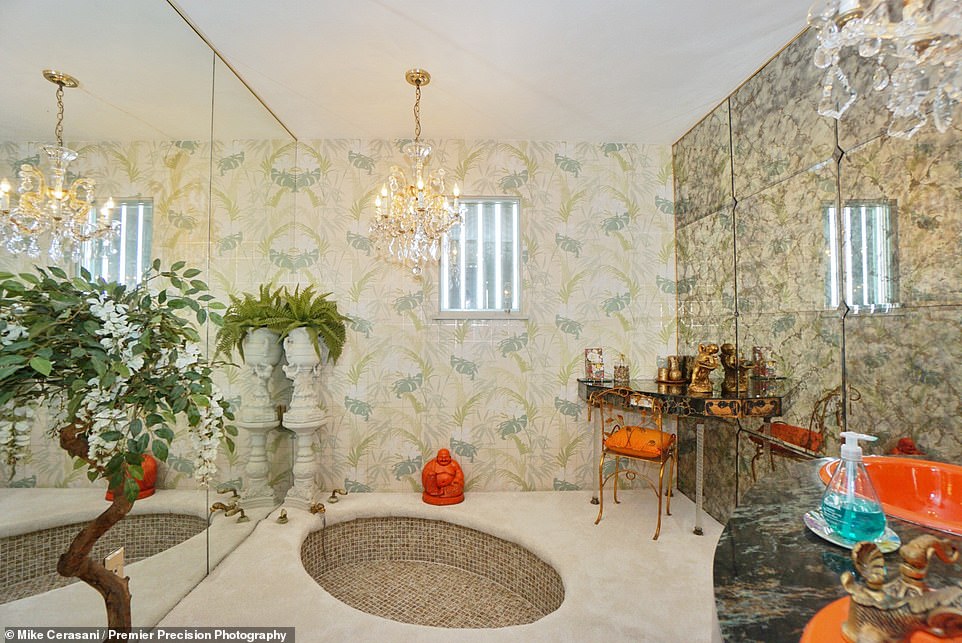 However, she reveals, originally the home wasn't quite as pink. 'When I first built the house, the central staircase was brown — and then I said, "That's gotta go", 'I love pink.'

And so it began. The pink shades

NEXT Goldman Sachs to pay $3bn over 1MDB Malaysia scandal

Phil Collins' ex-wife accuses him of spying with hidden cameras