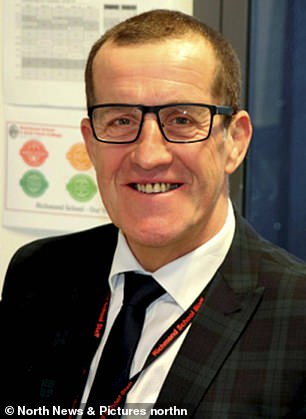 David Clark, who taught at Richmond School in North Yorkshire for 23 years, was trampled to death by a herd of cows yesterday

A popular deputy head teacher has been trampled to death by a herd of cows while walking his dog.

David Clark, who taught at Richmond School in North Yorkshire for 23 years, died yesterday afternoon in a field on the outskirts of the town.

Emergency services including the police and Great North Air Ambulance Service (GNAAS) were called to the scene.

It is believed the married father had been walking his dogs at around 6.30pm when he was charged by a herd of cattle that trampled him to death.

Pupils at the school, which has just returned after the coronavirus lockdown and the summer break, were upset when his death was announced in a message to parents this morning.

Tributes to 'good guy' Mr Clark were led by headteacher Jenna Potter, who said in a statement today: 'Dave Clark was the 'heart and soul' of Richmond School.

'He was an enormous character, a brilliant school leader and simply a lovely man who enriched the life of everyone he came into contact with, just by being himself and doing what he did every day.

'Dave was always the person we looked to to deal with difficult issues and he was a master at that. He never let students get away with being anything other than their very best, never giving up on them, even when at times it felt as though they wanted to give up on themselves.

'All of this, Dave did with a smile and a level of kindness and care that is seldom seen.

'Outside school, Dave was a keen sportsman. He had grown to love the Dales and would often be seen cycling, walking and spending time on the moor during the beating season. 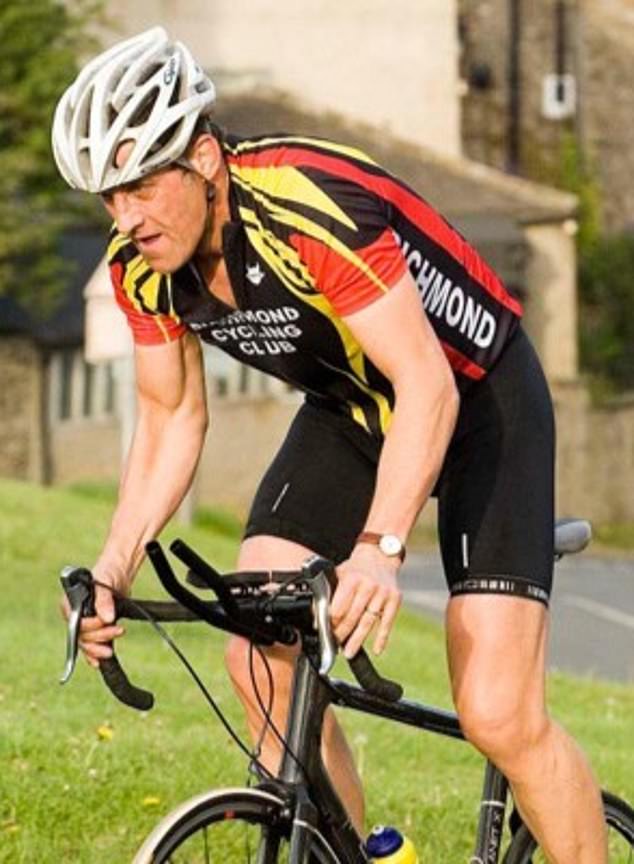 According to his LinkedIn profile, Mr Clark was educated at Jordanhill College in Glasgow and was a keen cyclist, swimmer and rugby coach

'Our students and their parents have been lucky to have known and been helped by him. We have been privileged as a staff to have worked with him and will continue working in the same way in his memory.

'Above all, Dave was a family man. Our thoughts are with Dave's wife,

PREV U.S. faces half a million COVID-19 deaths by February, study finds
NEXT UK on cusp of raising COVID-19 tier in South Yorkshire

COVID-19: mobile game to help children with their mental health during the ...

This Morning viewers FUMING to see a Christmas tree has been erected on set in ...