Attorneys for Kyle Rittenhouse have released new footage of the shootings he carried out during protests and riots in Kenosha, Wisconsin, arguing that they demonstrate a clear-cut case of self-defense.

Rittenhouse, 17, is charged with intentional homicide and other charges for fatally shooting two and injuring one during a confrontation on August 25, the third night of protests over the police shooting of Jacob Blake, a black man who was shot in the back and paralyzed.

On Tuesday, Rittenhouse's attorney Lin Wood released footage outlining the defense's version of events on the night of the shootings, in particular highlighting the events leading up to the first shooting, which was not captured on as widely-circulated video as the subsequent two shootings.

In a slickly produced 11-minute by Wood's #FightBack Foundation, the defense team argues that other shots were fired before and after the first fatal shooting, which killed 36-year-old Joseph Rosenbaum. 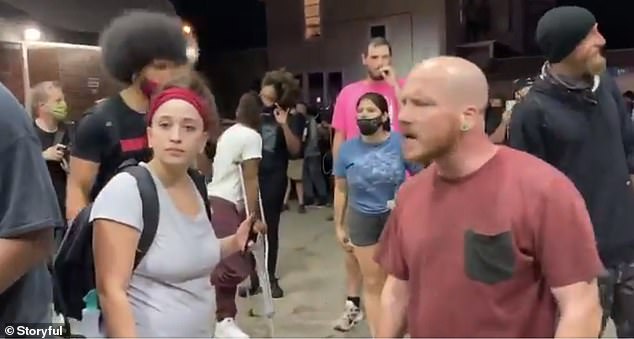 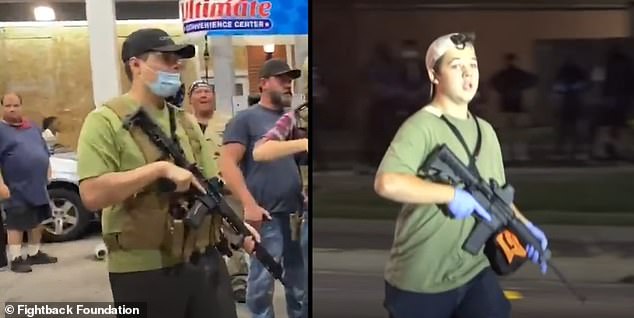 Rittenhouse, a high school student and lifeguard in nearby Antioch, Illinois, has said that he and his friends were called upon by a business owner in Kenosha to help maintain the peace after several businesses were burned in preceding nights.

Video from earlier in the evening shows him with a first-aid kit offering medical aid to protesters. He also carries an AR-15-style rifle. The legal age to open carry in Wisconsin is 18.

Videos also show a dispute between Rosenbaum and men guarding a nearby gas station prior to the shooting.

Rittenhouse's lawyers say that Rosenbaum was enraged that the guards had put out a fire in a rolling dumpster that activists had tried to push toward the gas station, and that he was seen shouting 'Shoot me n***a' at a man with a rifle at the gas station, who was dressed similarly to Rittenhouse.

Some time later, Rittenhouse was spotted sprinting with a fire extinguisher to put out another fire, which his lawyers claim that Rosenbaum was involved in igniting. 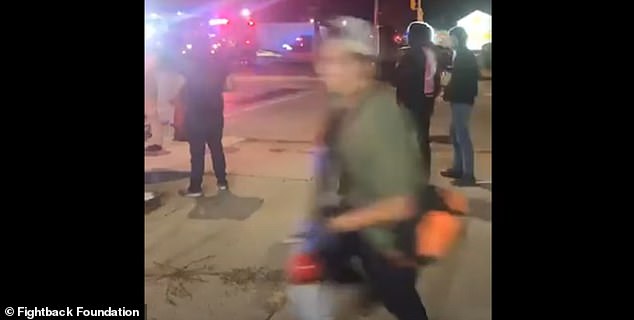 New footage (above) shows Rittenhouse sprinting with a fire extinguisher to put out another fire, which his lawyers claim that Rosenbaum was involved in igniting

Then, the video shows Rittenhouse fleeing on foot as he is pursued by Rosenbaum. Rittenhouse's attorneys theorize that Rosembaum may have believed Rittenhouse was the other guard that he'd had an earlier dispute with.

The video shows Rittenhouse running into a parking lot, followed by Rosenbaum and journalist Richard McGinniss, who was filming the chase on his cellphone.

'Directly in front of Rittenhouse, armed with bats and other weapons, a mob is forming a barricade,' according to the voiceover on the video released by Wood.

As Rittenhouse fled, a single gunshot rang out

PREV New South Wales high school students turning down maths in the droves
NEXT Troubled girl, 16, takes her own life on school grounds