All bars, cafés and restaurants are to shut down in France's second city because of the worsening Coronavirus pandemic, the country's Health Secretary said tonight.

The closures in Marseille - which start on Monday - were announced by Olivier Véran on Wednesday as part of a nationwide series of tough new measures.

They also include bars in Paris, Lille and Grenoble having to shut at 10pm from Monday, while gatherings of more than 10 people will also be banned.

An even earlier closure of bars can also be sanctioned by local prefects, said Mr Véran.

A lowering of the number of people allowed to attend sports and cultural events from 5,000 to 1,000, and a temporary ban on renting party venues, including for weddings, were also announced. 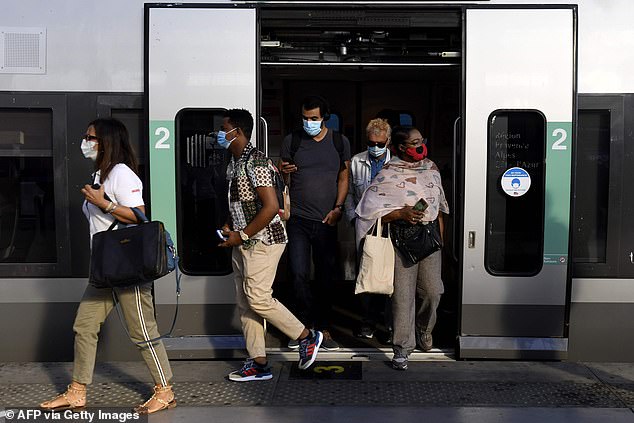 'The number of hospitalised patients within the region is increasing very rapidly. There are nearly 1,000 hospitalisations for Coronavirus over the last seven days, against 460 the previous week. A doubling.'

The total shut down of bars, cafés and restaurants in Marseille will last for a minimum of two weeks to begin with, and will be reviewed after that.

It will mean many businesses facing ruin, especially if the closures turn into rolling ones.

The total shut down of bars, cafés and restaurants will also be introduced in the French overseas territories of Guadeloupe, in the Caribbean. 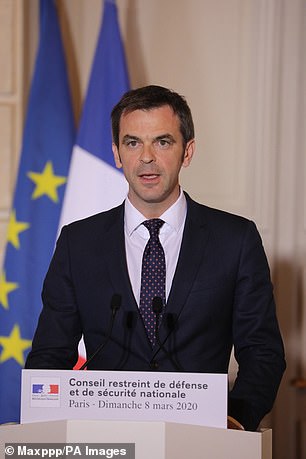 Mr Veran said the new measures were 'not aimed at scaring people too much, but it is to tell you that there is still time to act.

'The measures we are taking aim to make this curve flat, or rather to get off the path we're on, so as to protect our hospitals and intensive care units.

'If we do not take action quickly, we risk reaching a critical situation in some of the most affected areas in a matter of weeks.'

It followed ministers in Paris holding a series of crisis meetings to analyse the latest surge, which saw more than 10,000 cases and 78 deaths recorded in France on Tuesday.

The incidence rate of infection has risen to 204 per 100,000 inhabitants in the greater Paris area.

Mask wearing is already mandatory in public places in France, but there have been concerns about people flouting social distancing advice.

Young people have in particular been criticised for gathering in large groups, often without masks, at bars and cafés in the capital.

With more than 460,000 confirmed cases and over 31,400 deaths to date, concern is growing about hospital capacity to handle a second wave.

PREV Hiker, 29, dies after he fell more than 100 feet in Arizona canyon
NEXT Coronavirus: What's the TRUTH behind England's second wave?

Mission Impossible 7 star Hayley Atwell is seen out jogging in Venice as ...