Dumped Sunrise presenter Simon Reeve was paid $250,000 a year for six hours a week work and allowed to commute from the Gold Coast, insiders claim.

Reeve, who worked on-and-off for Channel Seven for the best part of four decades, is suing the company after his departure earlier this year.

The lawsuit claims Reeve should have been paid out as an employee, but Seven argues he was just a freelancer whose contract was not renewed.

Though he was regarded as a 'nice guy' by colleagues, few have much sympathy for his unceremonious boning as the broadcaster makes deep cuts to staff.

'Simon Reeve was privileged and protected at Channel 7 and everybody knew it,' a well-placed source told Daily Mail Australia. 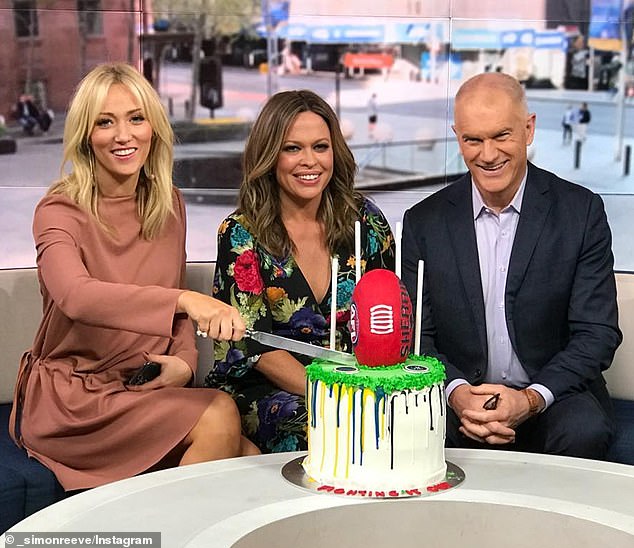 'While production staff worked tirelessly for 40 hours a week and never got pay rises, Simon earned hundreds of thousands of dollars a year for six hours work a week.

'I think most people would agree that is adequate compensation.'

Reeve is understood to have earned about $250,000 a year from Seven despite not being the regular frontman for any show.

Instead, he commuted to Sydney from his sprawling home in the Gold Coast hinterland every week and was put up in hotels at Seven's expense.

Insiders claimed generous pay and the expense of couriering him between his home and the Sydney studio made him an obvious cost-cutting target.

'The axe was always going to fall on Simon. Seven flew him down and paid for his accommodation every week for the weekend show while production staff couldn't get a cab charge,' one said.

'It just wouldn't happen today. I mean, nice guy, but hardly a star.' 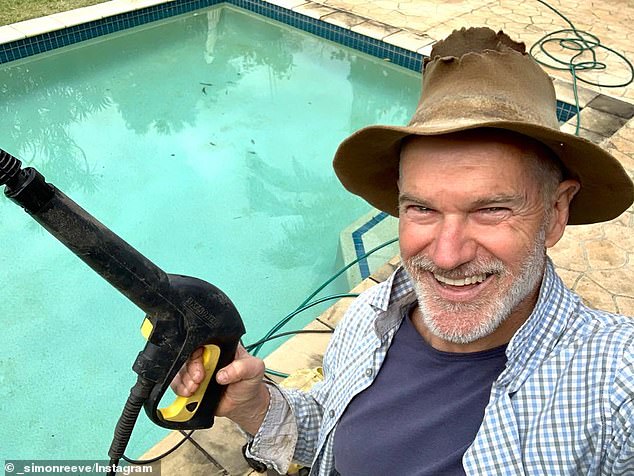 Reeve was flown from his large property on the Gold Coast (pictured) to Sydney each weekend, and put up in a hotel, each week to present the sport on Weekend Sunrise. This photo of him at home in July shows his white beard getting longer 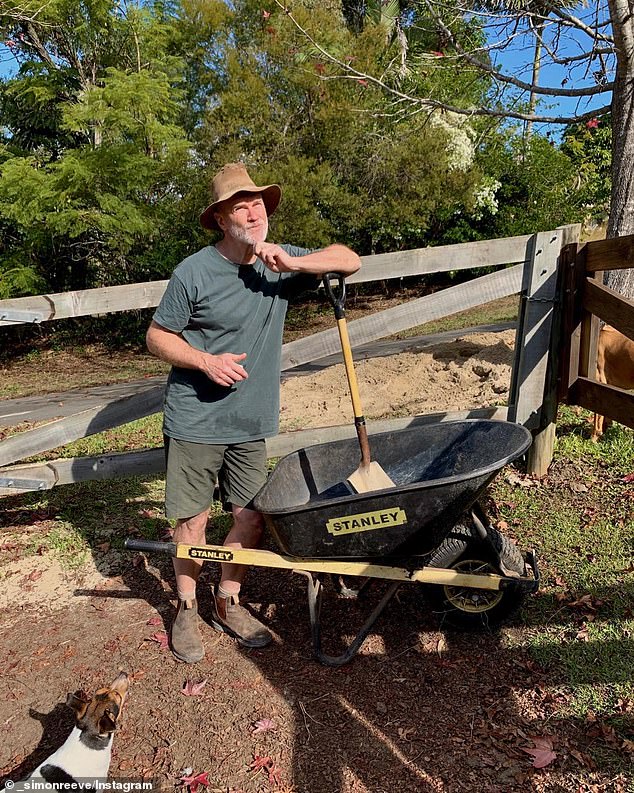 Reeve was quietly dumped on June 25 about the same time - as several other higher-profile stars at Seven and Channel 10 were let go.

His exit was contrasted with former Sunrise host Mel Doyle, who was publicly feted by a host of stars and praise from the network, while Reeve went without fanfare.

'Simon is only making news because he's pinning his departure to the exit of Mel Doyle but their exits couldn't be further apart,' the insider said.

'One left with grace, the other on a money grab.'

A senior Seven source told Daily Mail Australia that Reeve was given the same opportunity by Sunrise producer Michael Pell.

'He offered Simon the option of doing an official goodbye on air with Weekend Sunrise. He declined,' they said.

'Big contrast to how Mel Doyle handled her departure.' 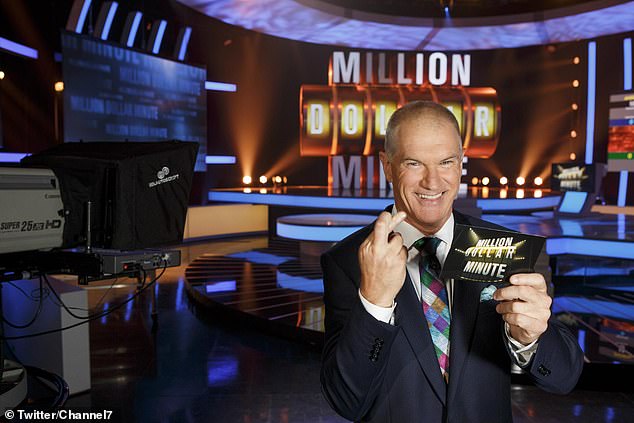 Reeve hosted It's Academic and Million Dollar Minute until both shows were axed, and since then has primarily been the Weekend Sunrise sport presenter 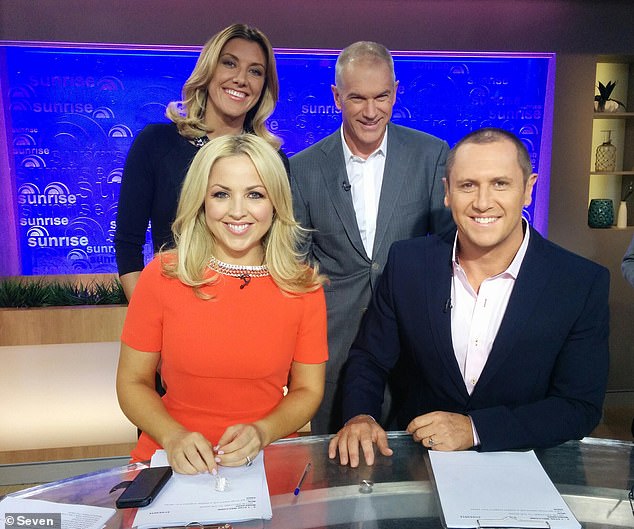 Court documents allege he was told to 'cease performing services' on Weekend Sunrise on March 16 by producer Matt McGrane.

He only appeared on screen twice more - reporting on Seven's ANZAC Day coverage and shops reopening in Brisbane as the coronavirus lockdown ended.

His court filing insisted his 'age, seniority, and length of service' entitled him to 12 months notice, but insiders questioned whether his profile warranted this assessment.

'Let's be frank - he's not a star, never was a star. Show his photo to 100 people walking through Martin Place and none of them will know who he is,' one said.

'You have casuals and staff who are quietly being let go after years of service, not replaced and now on JobSeeker and Simon wants more money? It fails the pub test.'

Reeve 'lawyering up' has not gone over well with Seven's rank and file, either - many of them were made redundant and others are on JobKeeper.

Many of those who survived the months of culling took pay cuts and the network handed out $200 food vouchers to staffers struggling to stay afloat.

Reeve spent most of the week, when not put up in a swanky Sydney hotel, relaxing on his two-acre estate in well-to-do Tallai. 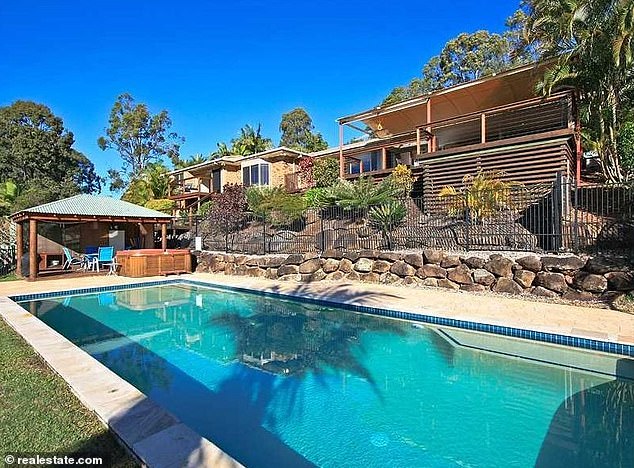 Reeve spent most of the week, when not put up in a swanky Sydney hotel, relaxing on his two-acre estate in well-to-do Tallai he bought for $848,000 in 2010 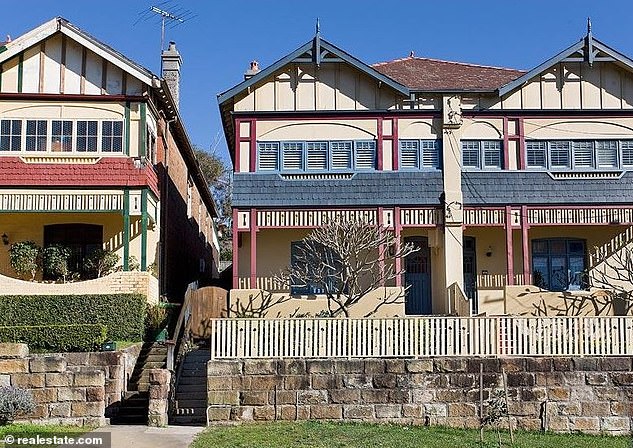