Two people are dead and at least 50 Floridians are infected with COVID-19 after a social club hosted a series of 'superspreader' events in August.

The Social Club of Palm Coast on September 12 revealed that staff had contacted dozens of people affected by the COVID-19 outbreak linked to their establishment.

The outbreak killed a 69-year-old woman on August 31 and a 74-year-old man on September 13, both of whom died of COVID-19-related infections linked to events.

Flagler County health department chief Bob Snyder told FlagerLive that a few people were also hospitalized and at lease one person was in hospice.

FlaglerLive reports that one of the events took place at The Social Club of Palm Coast on August 28 and included a performance by a local entertainer.

Although FlagerLive initially linked all the infections and deaths solely to the August 28 event, health officials have since said that it spanned several functions.

During that week, the club hosted line dancing on Monday, a performance with Mike Kohn on Tuesday, trivia on Wednesday and other similar events.

But at the event on August 28, members showed up watch and sing along with Mike Kohn, a popular local DJ and performer.

Attendees reportedly wore masks when the entered the venue, but some began to gradually remove the coverings as they socialized.

'Almost everybody that entered wore a mask,' Gloria April, the newly elected secretary of the social club, told FlagerLive.

She added that club staffers tried to create space between attendees, but they wouldn't budge.

'One table had 12 people at it and [a club employee] tried to get the people to not sit, to disperse at that table, to bring it down to 6,' said April.

'I know the governor says 10, or CDC says 10, but people want to sit together. You know, you can’t shoot people.' 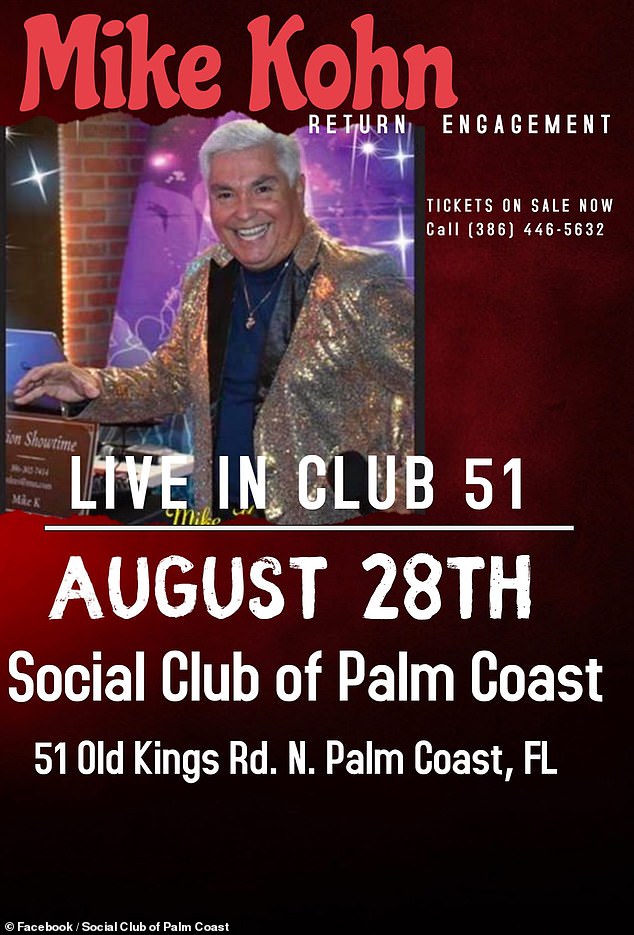 Pictured: an event flyer for the August 28 event that featured Mike Kohn, a popular local entertainer, and contributed to an outbreak 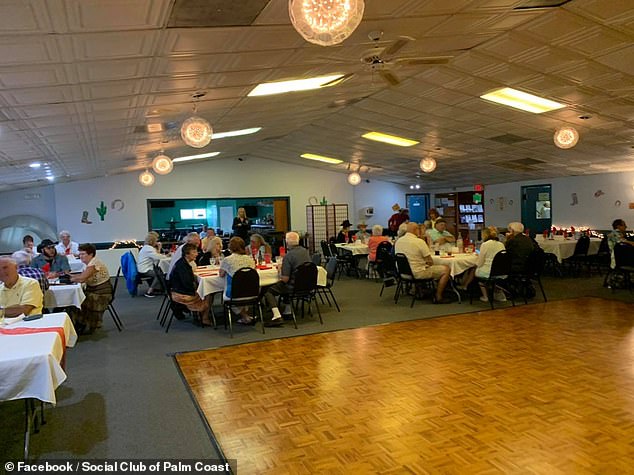 Pictured: a look inside a venue inside a room in The Social Club of Palm Coast where members can meet and events are held

Florida has limited indoor gatherings to 50 people and recommended wearing face masks to curb the spread of COVID-19. The state experienced a skyrocket in cases during the summer, but has so far recorded 693,040 cases and 13,795 deaths.

'It’s certainly profound ignorance of the risk. The public may not be aware of what a risk this

PREV Ship teeters on the edge of Somerset slipway after being caught out by tide
NEXT Troubled girl, 16, takes her own life on school grounds