Two former administrators of a Massachusetts veterans home, where nearly 80 people sickened by the coronavirus died, have been charged over their handling of the outbreak, the state's attorney general said Friday.

Superintendent Bennett Walsh, 50, and medical director Dr David Clinton, 71, were indicted by a grand jury on criminal neglect charges in connection to the outbreak at Holyoke Soldiers' Home.

It's believed to be the first criminal case in the country brought against nursing home officials for actions taken during the pandemic, Attorney General Maura Healey said.

The charges stem from Walsh and Clinton's decision in March to combine two dementia units, packing residents who were COVID-19 positive into the same space as those with no symptoms.

The veterans 'risked their lives from the beaches of Normandy, to some the jungles of Vietnam and to know that they died under the most horrific circumstances is truly shocking,' Healey told reporters. 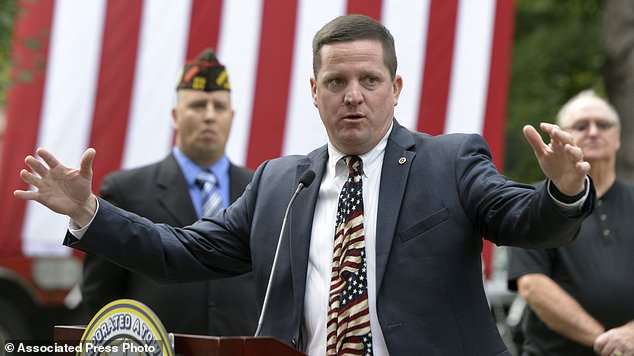 Former superintendent, Bennett Walsh (pictured at a 9/11 ceremony in 2019)  and medical director David Clinton were indicted Thursday on charges of mishandling the coronavirus outbreak at the home for aging veterans where more than 70 died 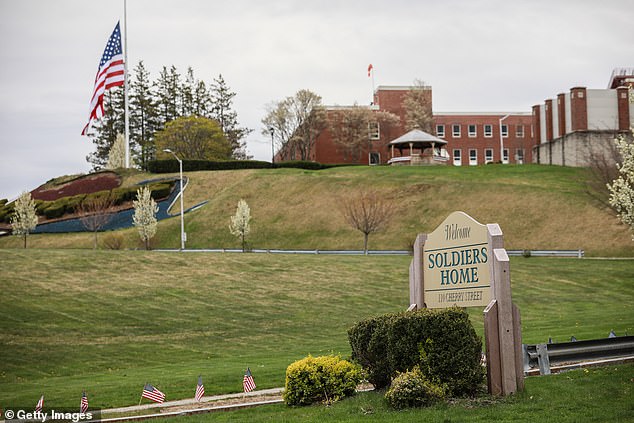 The criminal charges stem from Walsh and Clinton's decision in March to combine two dementia units at the Holyoke Soldiers' Home (pictured) and house sick and non-sick patients together, prosecutors allege

A phone message was left Friday with a lawyer for Walsh. An email was sent to attorneys for Clinton.

They could each face prison time if convicted of charges of causing or permitting serious bodily injury or neglect of an elder, Healey said.

The charges come three months after a scathing independent report said 'utterly baffling' decisions made by Walsh and other administrators allowed the virus to spread there unchecked.

The 'worst decision' was to combine the two locked dementia units, both of which already housed some residents with the virus, said investigators led by former federal prosecutor Mark Pearlstein.

Healey said Walsh and Clinton were the ones ultimately responsible for the decision to combine the two units, which she said led to 'tragic and deadly results.'

More than 40 veterans were packed into a single unit that usually had 25 beds, and space was so limited that nine veterans - some with symptoms and some without - were sleeping in the dining room, Healey said.

Since March 1, 76 veterans who contracted COVID-19 at the home have died, officials said.

The first veteran tested positive March 17. Even though he had shown symptoms for weeks, staff 'did nothing to isolate' him until his test

PREV Chilling last post of a Bali Bombings survivor who mysteriously died during a ...
NEXT Jussie Smollett to make feature directorial debut with B-Boy Blues adaptation

How SBW helped to convince Suaalii to become a Rooster mogaznewsen

'It's remarkable where he's at': Test dream still alive for Abbott mogaznewsen