A sobbing toddler, thought to be about two years old, was found wandering alone in the streets of Hull.

The little boy was spotted looking lost and confused by two passers-by on a road in Spring Bank in Hull, East Yorkshire on Saturday afternoon.

The men phoned the police who were filmed arriving on the scene in a Facebook video that has been viewed almost 20,000 times. 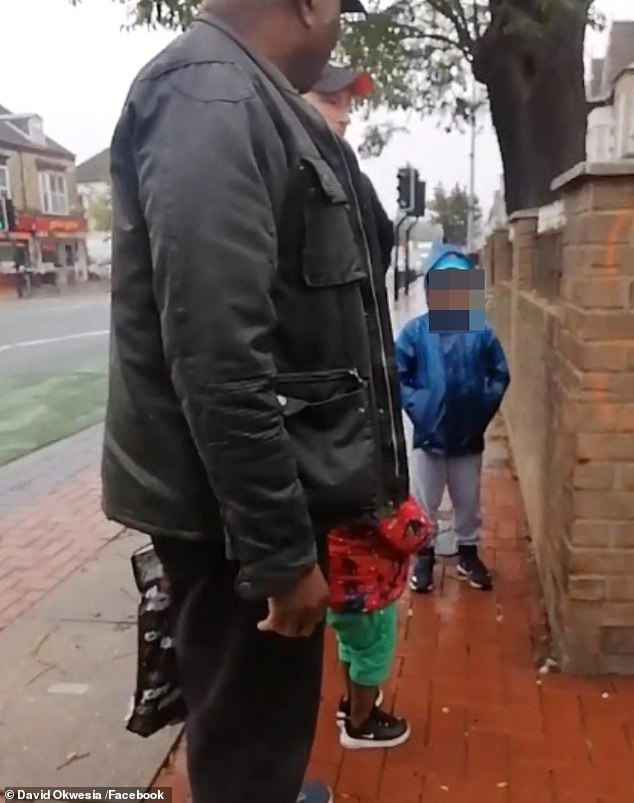 Passers-by called the police when they found a little boy all alone looking lost and confused on a road in Spring Bank in Hull, East Yorkshire on Saturday afternoon

Footage shows the missing boy, who is wearing a red coat and green shorts, waiting with two men and a child as the police arrive.

The men explain the situation while the little boy stands beside the adults with a terrified look on his face.

One policeman tries to talk to the boy, saying: 'Hello love. You alright? It's okay, talk to us.'

The other policeman bends down to the boy's height and reaches for his hand, coaxing him to come to

LORD ASHCROFT reveals 18-hour days battling the Covid crisis has pushed him to ...