Sometimes, whether you love him or hate him, Donald Trump says what we're all thinking.

Asked about Meghan Markle telling people to effectively vote against him in the upcoming US election, the President replied: 'I'm not a fan of hers...'

Then he paused for thought, smiled ruefully and added: 'I wish a lot of luck to Harry… because he's going to need it.'

Nobody's been a more ferocious critic of Trump this year for his woeful handling of the coronavirus pandemic, but I burst out laughing when I saw him say this.

His off-the-cuff zinger so perfectly summed up how most of the world now views the increasingly ridiculous Duke and Duchess of Sussex whose stupendous egos, to borrow a line from one of my favourite movies Top Gun, are now writing cheques their titled and entitled bodies will find very impossible to cash. 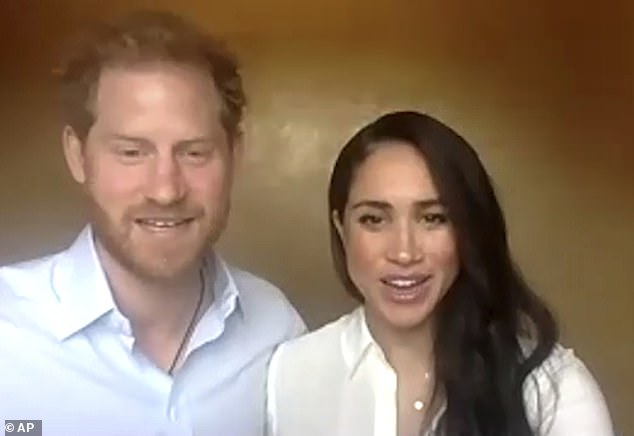 As part of their $150 million Netflix production deal, Meghan Markle and Prince Harry have reportedly agreed to star in a fly-on-the-wall reality series with cameras following them everywhere for three months

For a while now, I've been suggesting that Meghan Markle and her puppet Prince Harry are behaving like a royal version of the Kardashians.

In other words, a pair of ludicrously hypocritical, attention-seeking narcissists constantly at war with their families.

Now, hilariously, we learn they're actually going to BE the new Kardashians.

No sooner had Kim and the girls announced they're quitting their repulsively vacuous reality TV show, than up popped the Duke and Duchess of Sussex to replace them with one of their own.

As part of their $150 million Netflix production deal, they have reportedly agreed to star in a fly-on-the-wall reality series with cameras following them everywhere for three months.

Of course, this extraordinary invasion of their own privacy is exactly what they said they were quitting Britain to escape. 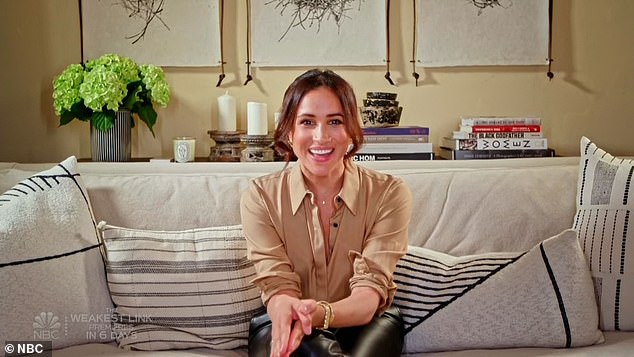 But such stunningly two-faced behaviour has never bothered Meghan and Harry, who thought nothing of lecturing to us about our carbon footprints whilst using Sir Elton John's private jet as a taxi service or preaching about poverty on the same day Meghan was enjoying a $500,000 baby shower party in New York.

We're told the new show will 'all be very tasteful' and that the couple are keen to 'give people a glimpse into their lives and see all the charity work they're doing.'

Meghan is apparently especially keen for the public to see the 'real' her.

Obviously, some of us who knew her before she sank her claws into poor Harry know exactly who the 'real' Meghan Markle is – a shockingly ruthless social climbing piece of work prepared to ditch anyone and anything in her desperate craving for ever greater dollops of fame and fortune.

So, it will be most amusing to see her try to pull the wool over yet more eyes with her new show.

To give you a taste of what's to come, I've had a sneak peek into the future and can reveal some details from their eight-part reality series, Keeping Up With The Sussexes. 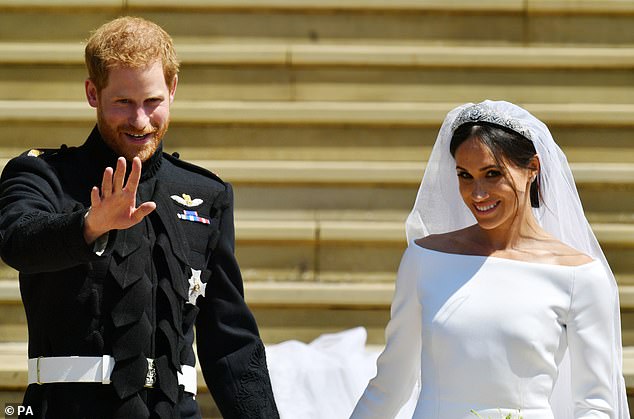 Episode One: MURDER AT MARKLE MANSIONS. The series starts in shocking fashion when a body is seen floating in the swimming pool of the Sussexes' palatial Santa Barbara home. Closer inspection reveals it is Jessica Mulroney, Meghan's former best friend who was ghosted for being racist but remains the keeper of all her damaging secrets. Jessica has a pair of Aquazzura stilettos rammed in her back, very similar to ones Meghan frequently wears, and appears to be dead. But as the Princess, who is suspiciously bare-footed when police arrive, insists she had nothing to do with the incident, Jessica suddenly sits bolt upright and spews out water. She's still alive! Meghan turns ashen and is seen urgently whispering to