'You're a dobber, it's un-Australian': The Project host Steve Price unloads on Peter Helliar during heated clash about whether Melburnians should be fined $5,000 for having a barbecue Price asked The Project panellists if it's fair to dob in those breaching restrictions Helliar said he 'wouldn't think twice' about telling authorities about rule-breakers Price then labelled him as a 'dobber' and 'un-Australian' as they pair argued  Price earlier revealed his heartbreak about not seeing his mother in Melbourne

Peter Helliar has been branded 'un-Australian' by his fellow panellist Steve Price on The Project amid a heated debate about Melbourne's strict lockdown rules.

The commentators on Monday night were discussing if it was fair that Victorians can now be fined $5,000 for having more than five people gather for a barbecue.

Price asked the panelists whether they would dob in their neighbours to police if they spotted them breaching COVID-19 restrictions, to which Helliar immediately said he would.

'Ten parties (in Melbourne) over the weekend; one of them had 40 people. Now, 40's obviously over the top, but would you dob in someone who had half a dozen people over at their house for a barbecue?' Price said.

'I wouldn't think twice about it,' Helliar responded.

The pair then argued about the subject while co-hosts Carrie Bickmore and Waleed Aly tried to lighten the conversation.

'You can say it again if you want – I'll say the same thing. 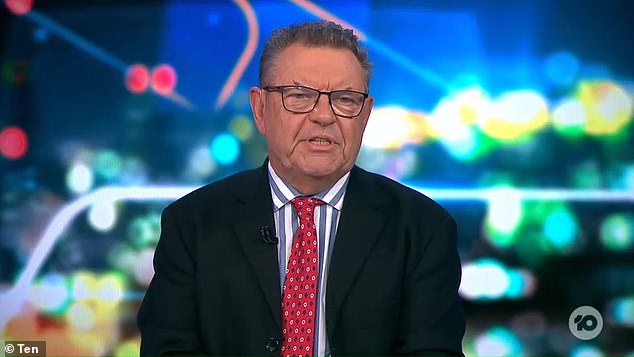 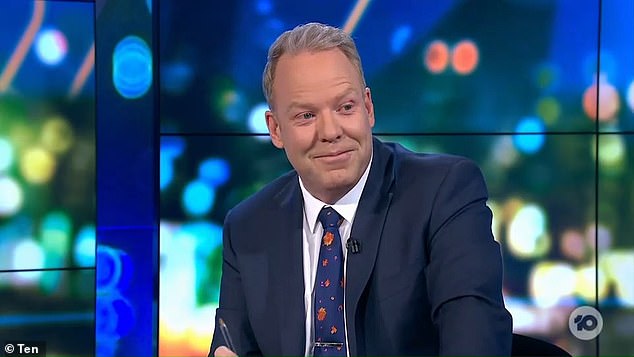