A black freshman at a college in Texas was woken by police storming her dorm room with guns drawn after a group of students made a false report that she had scissors and threatened to stab people.

Christin Evans was sleeping at 3am on September 14 when cops barged into her living quarters at Stephen F. Austin State University due to the incident Evans' parents described as 'swatting' - where a false report leads to an aggressive response from law enforcement.

A 'racially diverse' group of 10 females were said to be involved in the dangerous prank, including Evans' three roommates who are white. Evans' mother said the majority of the students involved are white.

The students reported Evans to a resident adviser on the Nacogdoches, Texas campus, who then called law enforcement. 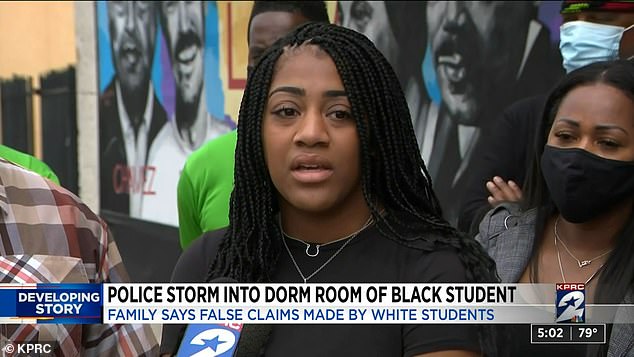 Christin Evans, 17, has been left shaken after police confronted her with guns drawn after a false police report on September 14 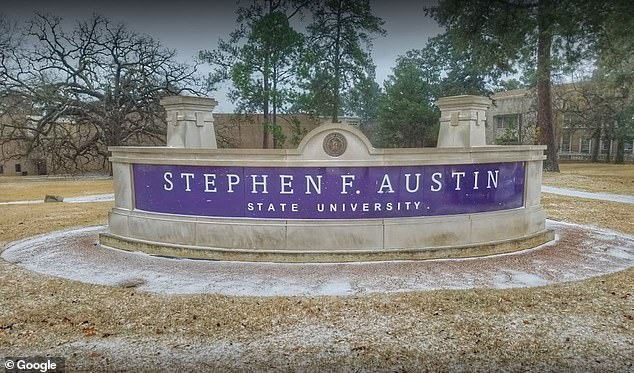 The teen is a freshman at Stephen F. Austin State University in Nacogdoches, Texas and students falsely claimed she had scissors and threatened to stab people 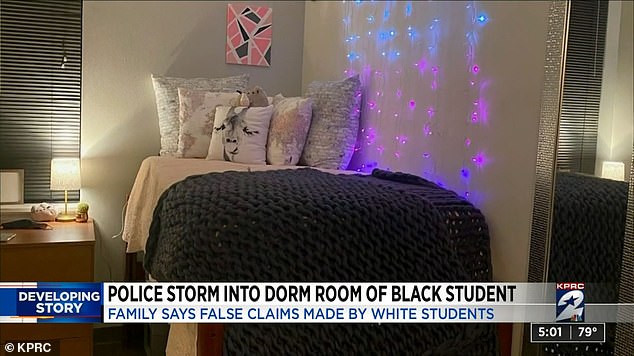 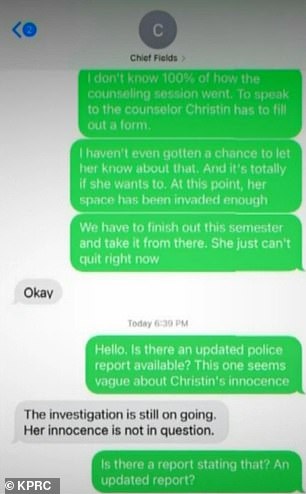 Two weeks later the family had no idea what campus police planned to do about the false report. Pictured is a thread of text messages with police

'Their daughter was sleeping and awoken at 3 o'clock in the morning by local police with flashlights shining out and their guns drawn. This could have been a Breonna Taylor circumstance,' Randall Kallinen said in a video from KPRC 2.

Taylor was shot dead when Louisville Police officers stormed her apartment in March, despite the fact the man they were looking for – an ex-boyfriend - was already in custody.

'Kids sleep with their phones in their bed. What if they [saw] her phone flash, or the back of her phone is shiny … and they had reported she had a knife. They could've shot her,' Evans' mother LeShondra said.

The news conference took place after two weeks down the line cops are still looking into the matter. The teen has been moved out of the four-person dorm room but it was