Ocado is sued by Norwegian rival AutoStore for 'hundreds of millions of pounds' after 'illegally selling firm's patented technology and robots'  Rival wants to bar Ocado from manufacturing and selling 'infringing products'  Norwegian Auto Store  says Ocado was even their customer  in 2012  Ocado's technology has been sold around the world, with Marks and Spencer and Morrisons buying up services in the UK

The online grocery giant Ocado is sued by AutoStore, a rival Norwegian firm for  illegally selling its technology and robots in breach of patents, according to court documents.

AutoStore said it is suing Ocado in the UK and US over the alleged breach, filing papers at the High Court in London and the International Trade Commission in America.

Bosses say the order is to bar Ocado and its partners from manufacturing and selling infringing products and importing them into the US - and adds Ocado was even a customer of AutoStore in 2012.

The company is also suing for financial damages, thought to run into the hundreds of millions of pounds. 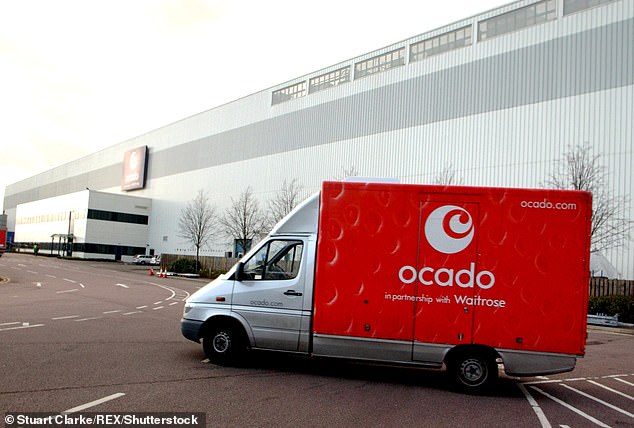 In the US filing, AutoStore points out that Ocado's deal with US retailer Kruger to install its robotic smart platforms across 20 warehouses, saw Ocado bank 55 million dollars (£42.6 million) per site.

The company said it is seeking an order barring Ocado and its partner Tharsus Group from manufacturing and selling 'infringing products and importing them' into the United States.

The filing in the High Court is calling on the courts to block sales of Ocado's products from the UK too.

Chief executive of Autostore, Karl Johan Lier, said: 'Since 1996, AutoStore has developed and pioneered technology that has revolutionised retail storage and order fulfilment, and is driving the growth of online retail.

'Our ownership of the technology at the heart of Ocado's warehousing system is clear.

Health: Epigenetic clock could shed light on how swiftly brains age and the ...