Tampa Bay Lightning players and fans ignore COVID-19 guidelines by chugging beer from the Stanley Cup at championship boat parade The NHL champion Lightning ignored social distancing regulations at their boat parade by allowing fans to drink beer directly from the Stanley Cup Players were also seen drinking from the Cup, which was customary before the coronavirus pandemic that has claimed the lives of over 200,000 Americans  Florida added 3,266 cases Tuesday, pushing the state's total to 704,568. With 106 new virus fatalities, 14,143 Floridians have now died from COVID-19 Governor Ron DeSantis recently lifted all restrictions on restaurants and other businesses and banned local fines against people who refuse to wear masks

After protecting themselves from the coronavirus pandemic inside the NHL's two Canadian bubbles over the last few months, the league champion Tampa Bay Lightning ignored social distancing guidelines at their celebratory boat parade on Wednesday by allowing fans to drink beer directly from the Stanley Cup.

'You'll be seeing a lot more of that as the days and weeks go by,' one of the Fox Sports announcers said as the network aired footage of forwards Alex Killorn and Nikita Kucherov pouring beer into the mouths of maskless fans on Wednesday night.

Players were also seen drinking directly from the Cup, which was customary before the ongoing coronavirus pandemic that has claimed the lives of over 200,000 Americans.

A team spokesperson did not immediately respond to the Daily Mail's request for comment. 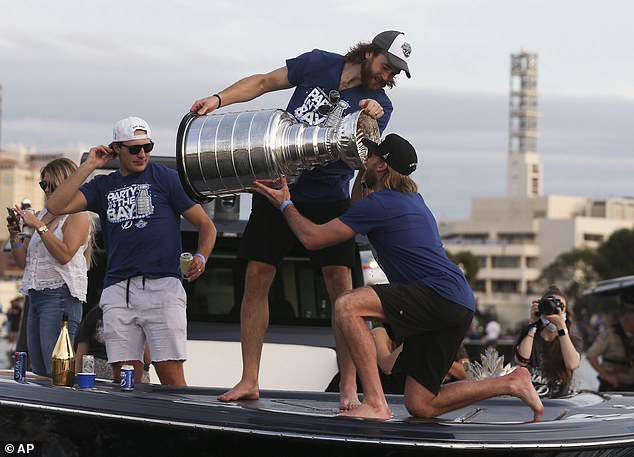 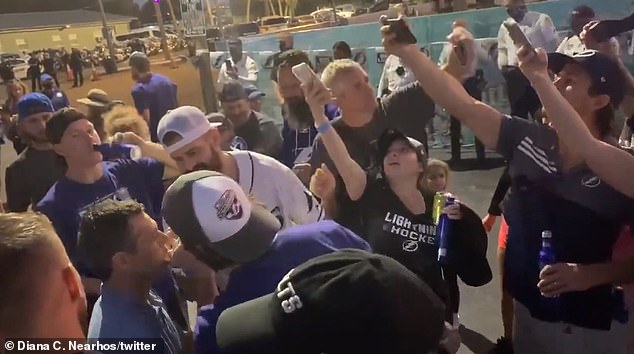 The fans also got into the act, removing their masks to take a sip from the Stanley Cup 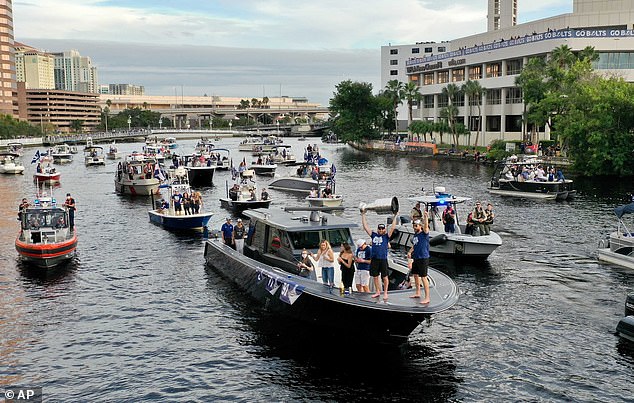 'The entire @TBLightning team tested positive for COVID after drinking out of the same cup all day,' joked one fan on Twitter.

Another Twitter user called the players' behavior 'selfish and reckless.'

'You may have won the cup, but

All we know so far about #minorityreport season 2