The number of homebuyers purchasing apartments in Manhattan has dropped significantly by 46 per cent, with many instead flocking to the New York suburbs and to Florida.

According to data from Compass, some 10,000 homes are currently up for sale in Manhattan, a new record.

Even before the pandemic, there was a glut of high-end apartments needing to be sold in the city. But the inventory of unsold apartments does continue to rise as new listings continue to hit the market, CNBC reports.

Current luxury apartments on the market would take nearly three years to sell, according to a report from Miller Samuel and Douglas Elliman. 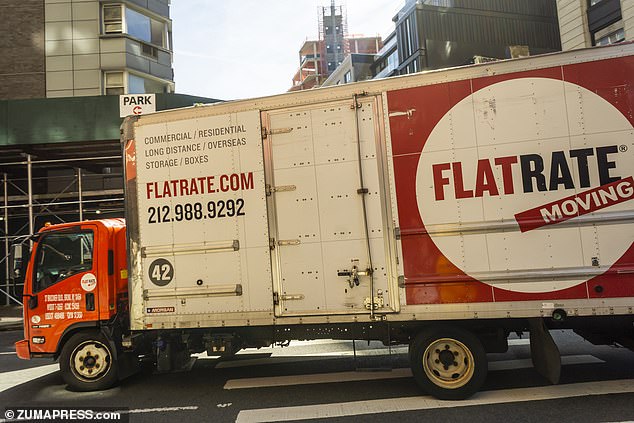 Some 10,000 homes are currently up for sale in Manhattan, a new record. Urban flight and high costs have convinced many to move to the suburbs and out of state 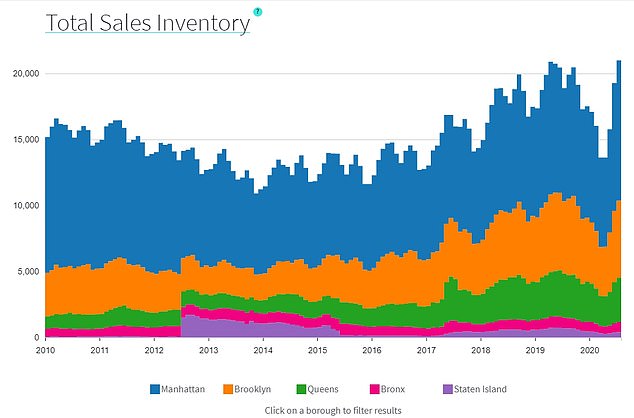 Graph shows the number of sales in each borough, with Manhattan having the highest (from Streeteasy)

'There is no shortage of apartments for sale, but there is a shortage of buyers,' said Jonathan Miller, CEO of Miller Samuel.

In the third quarter, only 1,375 total sales transpired. The number of sales is 44 per cent down from just a year prior. Signed contracts for September also fell 42 per cent in Manhattan from last year, according to Miller Samuel.

Manhattan has been hit with high unemployment, growing sanitation and public transit problems, increases in crime and has only had 10 per cent of office workers return to their office building. As a result, buyers are hesitant to purchase homes.

As the city looks to possibly raise taxes in a bid to save budget holes impacting NYC and the state, more buyers are looking to spend their real estate dollars elsewhere.

Contracts signed in the Hamptons have gone up 76 per cent in September, compared to last year. In Westchester County, New York, purchases have increased by 56 per cent while they have risen some 36 per cent in Fairfield County, Connecticut. 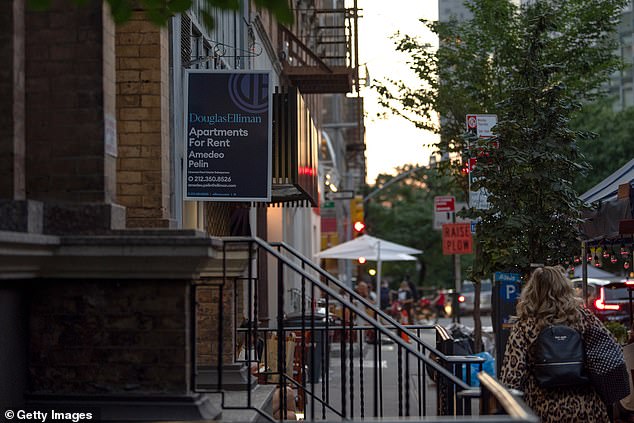 PREV Ron Johnson becomes the third GOP senator in 24 hours to test positive for ...
NEXT Troubled girl, 16, takes her own life on school grounds