A beach mob turned on police in Melbourne after officers arrested a woman when she failed to provide her personal details.

Officers were patrolling Altona Beach on Saturday evening because excessive crowds gathered to celebrate the warm weather despite concerns about the state's second wave coronavirus outbreak.

They approached a group of people at about 6.15pm to investigate why they weren't wearing face masks - which is mandatory in Melbourne - when members of the group allegedly became aggressive.

During the heated exchange, a woman was tackled to the ground and arrested by several officers, prompting the rest of the group to turn on the police.

The group also claimed a second woman, who was pregnant and the first woman's sister, was shoved by an officer at the scene.

Vision shows several adults swearing at officers and trying to free the woman on the ground while groups of children, presumably also part of the group, watched on nearby. 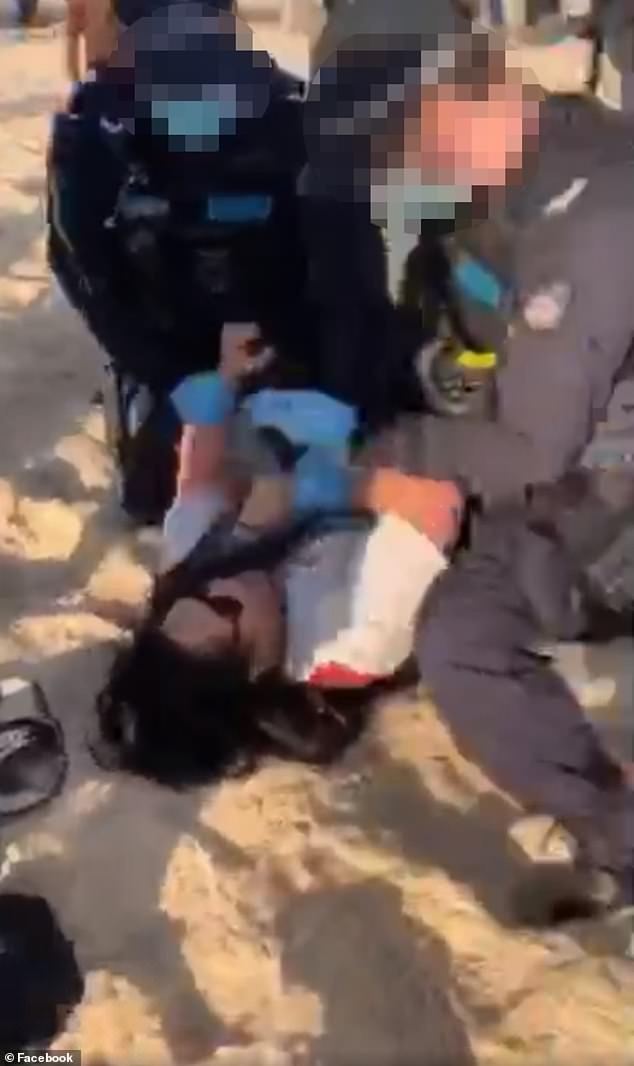 During the heated exchange, a woman was taken to the ground and arrested by several officers, prompting the rest of the group to turn on the police

'You're f**king p**sies,' one of the men in the group shouted before another woman was also allegedly shoved by an officer.

The group then launched into another expletive-laden tirade, this time telling officers that one of the women was pregnant.

'You just pushed a f**king pregnant lady,' one woman said while almost in tears.

'You are f**king nothing without your badges.'

One of the officers told the group: 'You're using these kids as human shields' before reiterating that the woman was under arrest.

The woman who was initially arrested allegedly started bleeding on the sand during the scuffle.

A Victoria Police spokesman told Daily Mail Australia the woman was first questioned because she refused to provide her name and address when asked by police. 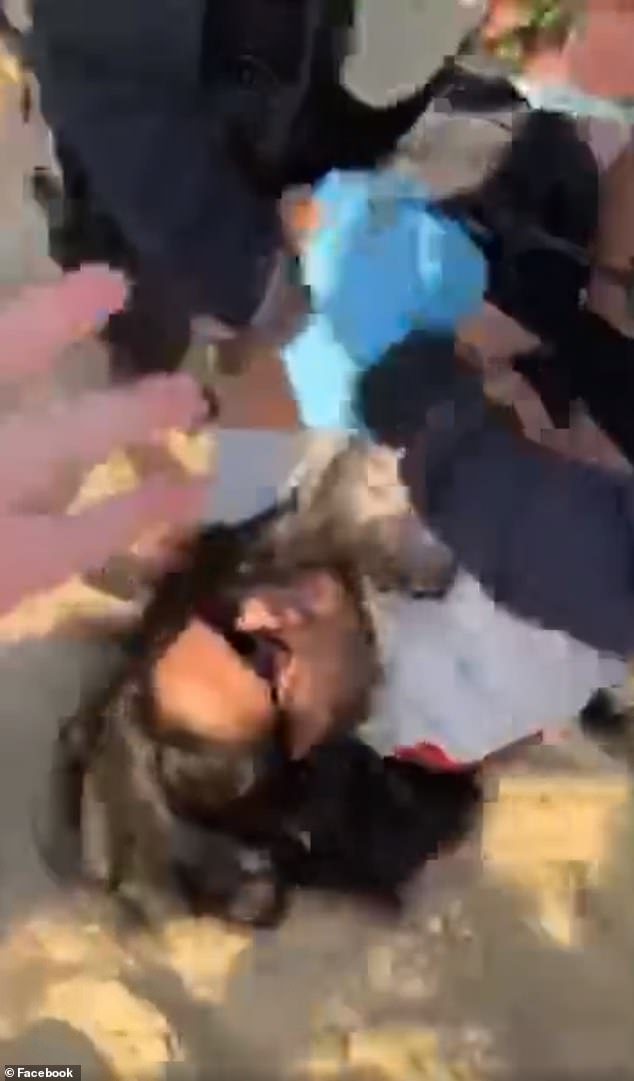 'She was subsequently arrested and once her identity was established found to be in breach of the Chief Health Officer directions by travelling more than 5km from her home,' a statement from Victoria Police read.

She was issued three separate infringement notices and

PREV West Australians to receive $600 cash bonus to go toward energy bill
NEXT Troubled girl, 16, takes her own life on school grounds