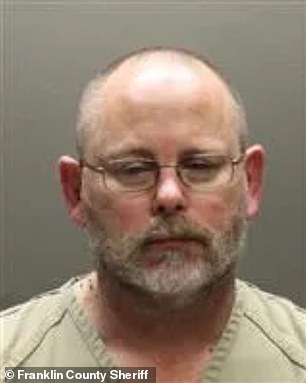 Todd Crawford (pictured in mugshot) was charged with discharge of a firearm on or near a premises in Hilliard, Ohio

An Ohio man who was accused of opening fire at another driver during a Pro-Trump car parade on Saturday has turned himself him.

Todd Crawford, 58, of Homer, was charged with discharge of a firearm on or near a premises by the Hilliard Division of Police, per a statement obtained by NBC4i.

'Crawford was participating in a political demonstration when the incident took place,' the statement read.

The incident occurred near the town of Hilliard shortly before 11 am as a cavalcade of Trump supporters drove along the I-270.

Crawford was driving his black Ford pickup truck when a semi-tractor trailer pulled up next to his vehicle and an argument ensued, the publication reports.

Then, Crawford pulled out a .45-caliber pistol and shot into the other person's car. 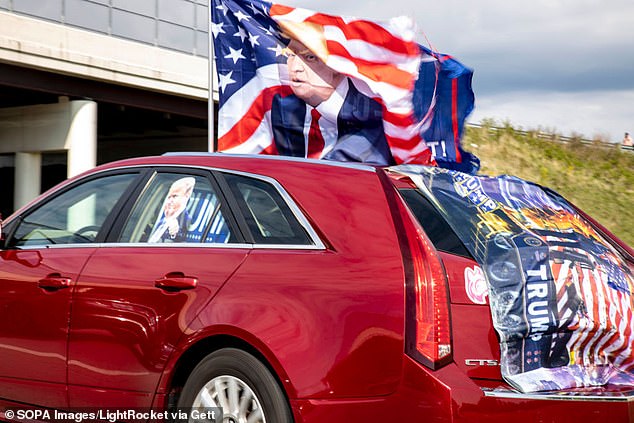 Pictured: A participant in the Trump Parade on I-270 lets flags wave from their car to show support for President Donald Trump

'The caller, who was driving a semi-truck with an attached trailer, reported another driver in a black Ford F-150 pick-up truck had fired a weapon toward his vehicle following an altercation between the two drivers,' the release said, NBC41 reports.

Authorities said the argument might have sparked when one of the trucks hit the other while in nearby lanes.

Dublin Police took to Twitter shortly after the shooting, urging driver to exercise caution, saying emergency response crews were at the scene of a 'traffic accident'. 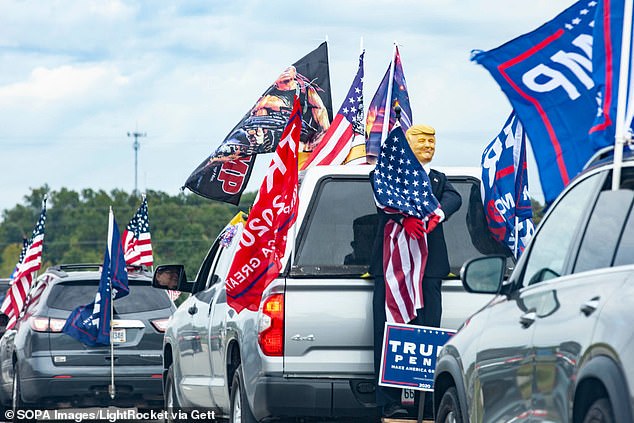 'I think we saw