Channel Seven has sparked an online uproar over its AFL coverage after a commentator made a 'pathetic' joke about his wife's pregnancy live on air.

But they infuriated well-known journalist Caroline Wilson who unleashed an angry tirade at the network, describing the moment as 'rubbish' and a 'boys club'.

Ellis has been inundated with support from fans after he apologised late Monday.

The controversial moment between commentators in the studio and at the ground occurred between quarters during Collingwood Magpies' thrilling one point win against West Coast Eagles in Perth on Saturday night. 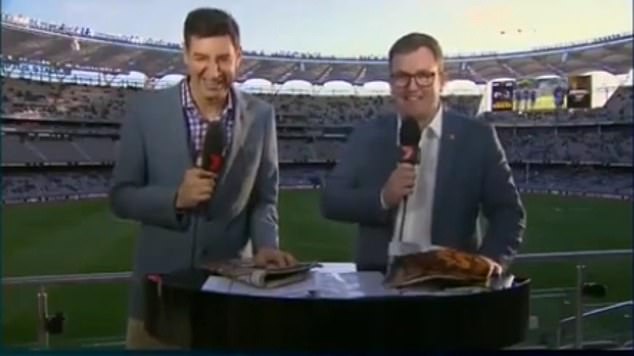 'Isn't your much, much, much better half expecting?' Channel Seven presenter James Brayshaw asked Ellis.

Ellis replied: 'Yes, at the end of the month. I've scheduled that in for Derby Day, so I'll be watching the races while she gets to work.'

Wilson aimed fire at the network at in her segment Caro's Arrow on Channel Nine's Footy Classified on Monday night.

'Some things just aren't picked up on or analysed or covered the way they should be when most of the footy commentators are on the other side of the country,' Wilson said.

'But how is it in a network where Daisy Pearce has become one of the best special commentators in the country, and the face of footy news is Jacqui Felgate, that we have to put up with rubbish like this?

'Enough of the boys club, lads … it was pathetic.' 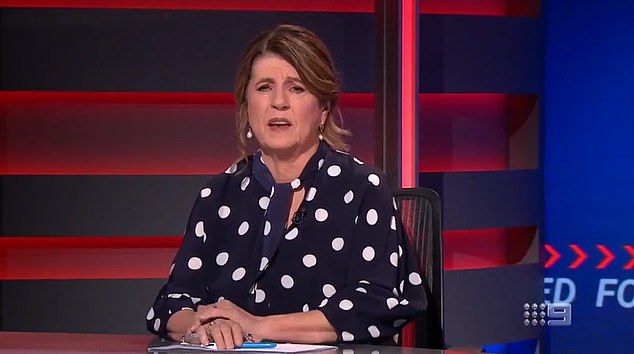 Wilson began the segment moments earlier praising the rival network for their coverage during a turbulent season disrupted by COVID-19.

'Channel Seven and their footy coverage has been our friend all season. They haven't been perfect, but then, who has? Certainly not me, and they've made the best of a bad situation,' Wilson said on Footy Classified in her Caro's Arrow segment.

'To be fair, most of the best and biggest

PREV Ohio county elections board employee accidentally posts tweet downplaying COVID
NEXT Coronavirus: London's R rate is worst in England and could be as high as 3, ...