A police officer was filmed tackling a barefoot teenager to the ground before pinning her down in front of stunned shoppers.

A bystander recorded the incident, filmed at the Lakeside Joondalup Shopping City in Perth, according to locals, before posting it to TikTok on September 4.

The teenager appeared to struggle with the officer while he held her against a shop window and handcuffed her. 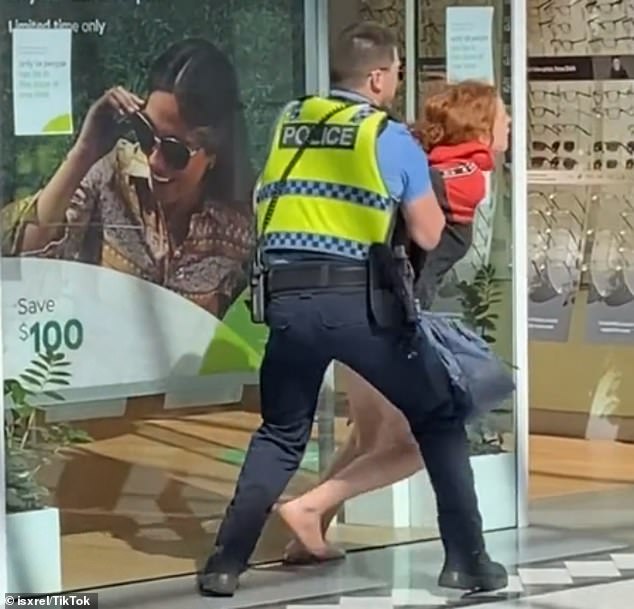