Women, tradies and working families are the Australians tipped to be the big winners from Tuesday's Federal Budget - which is undoubtedly the most important since World War II as Australia battles a crippling Covid recession.

The eyes of the nation will fall on Treasurer Josh Frydenberg on Tuesday night as he finally details the economic rescue plan the Morrison Government has been designing since coronavirus lockdowns plunged the nation into its first recession in 29 years.

Mr Frydenberg is set to unveil a mammoth cash splash including tax cuts for millions of workers, wage subsidies for bosses who hire apprentices and assistance for first home buyers.

But the nation may be paying back the debt for decades to come, with the Government tonight expected to raise the debt ceiling to a record $1.1 trillion.

So what do the people tipped to benefit the most from the Budget think?

When Daily Mail Australia hit the streets on Tuesday, many Australians said they can't say no to a big tax cut.

But several said they probably won't spend up big as Mr Frydenberg said, and that the funds could be better spent elsewhere.

The professional families: 'We'll save it' 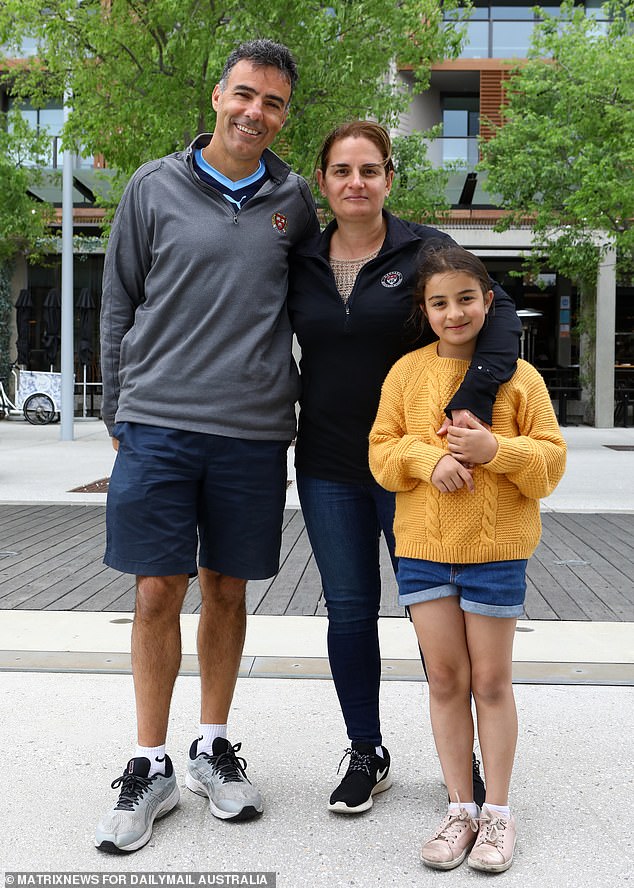 Accountant Joe Pizzinga and his wife Kathy, who is a teacher, were happy with the tax cut announcement (Pictured: Joe and Kathy Pizzinga with their daughter Sienna, 9)

Accountant Joe Pizzinga and his wife Kathy, a teacher, will be among those who directly benefit from income tax cuts, which were originally earmarked for July 2022.

The stage-two cuts will likely be backdated to July 2020 and will mostly benefit middle-to-high income earners.

The government hopes this will help drive spending and boost the economy.

'The tax cuts will hopefully mean a little more disposable income for us, which is a positive,' Mr Pizzinga said.

However, the family man said he would like to see more money allocated to those who are struggling to find work.

'Overall it seems pretty positive. Whether or not it will help those who are impacted, employment-wise, by the coronavirus, I'm not sure,' Mr Pizzinga said.

'With the tax cuts, we are going to benefit but I'd probably say, in our position, we're probably going to save it rather than spend it.' 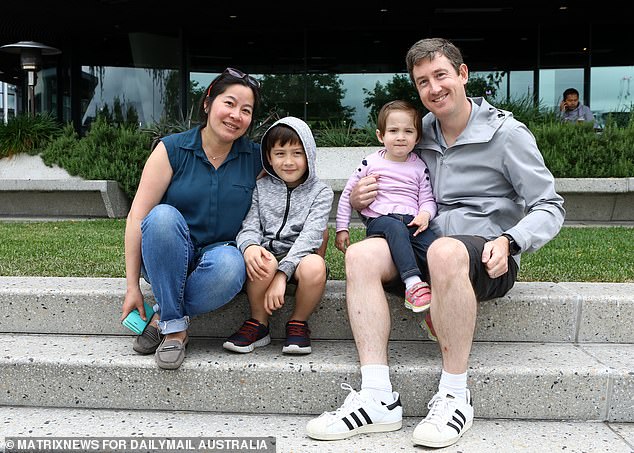 HOW INCOME TAXES WILL BE BACKDATED

The government will backdate the tax cuts to July 2020 - meaning workers will get an extra boost through until the end of the financial year.

As soon as the tax cuts bill passes the Parliament, which is expected in the coming weeks, millions of workers will receive their tax cuts as part of their pay packets.

That could amount to as much as $200 extra per month for some workers.

The government hopes putting instant cash in the pockets of Australians will help revive the pandemic-stricken economy.

Life insurer Luke Jones and his wife Van Jones, a business analyst, were pleased with the tax cut announcement too.

Mr Jones said he was happy to be getting extra cash but felt the money would be better spent on those whose jobs had been directly impacted by the pandemic.

Being in the Industries they're in, both Mr Jones and his wife have been relatively unaffected by the pandemic, he said.

He and his wife have remained employed and have kept the same hours, however, they have been working from home.

He questioned whether the money would be better spent on those who were struggling, as they need it more and would spend it rather than save it.

Women are expected to be a central focus of the budget as they were among the hardest hit by the economic crisis.

Sydney-based lawyer Rebecca Mangos, 25, was thrilled that women would be the focus.

'Women are grossly overpopulated in the unemployment stats, I think if there's evidence that it will boost the economy then I think it's a good idea.'

She did have concern about the tax cuts as she feels people will be more cautious with their spending after so much uncertainty over the past few months.

Ms Mangos said she hopes there will be something in the budget for the aged care sector after so many grandparents died during the pandemic. 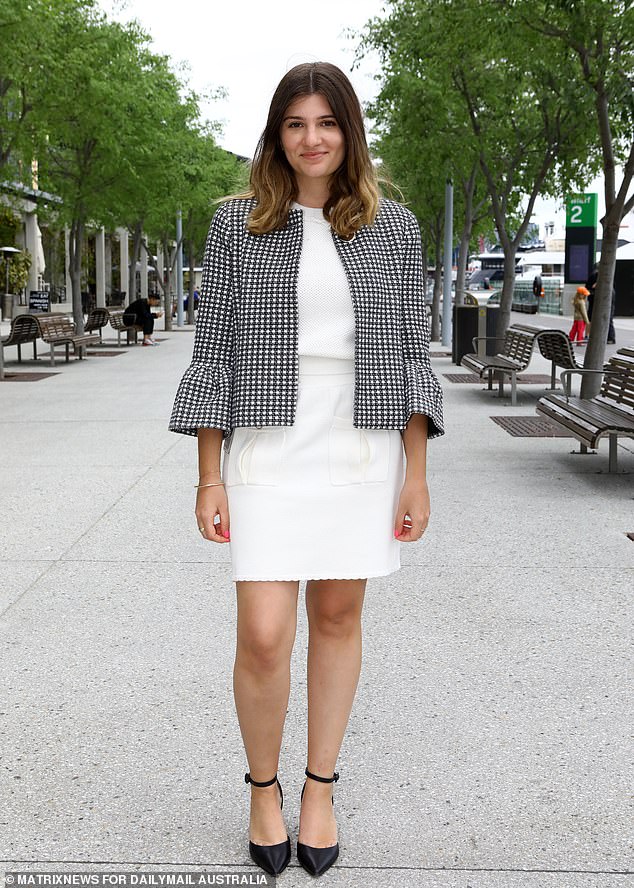 Sydney-based lawyer Rebecca Mangos, 25, was thrilled that women would be the focus. 'Women are grossly overpopulated in the unemployment stats, I think if there's evidence that it will boost the economy then I think it's a good idea' 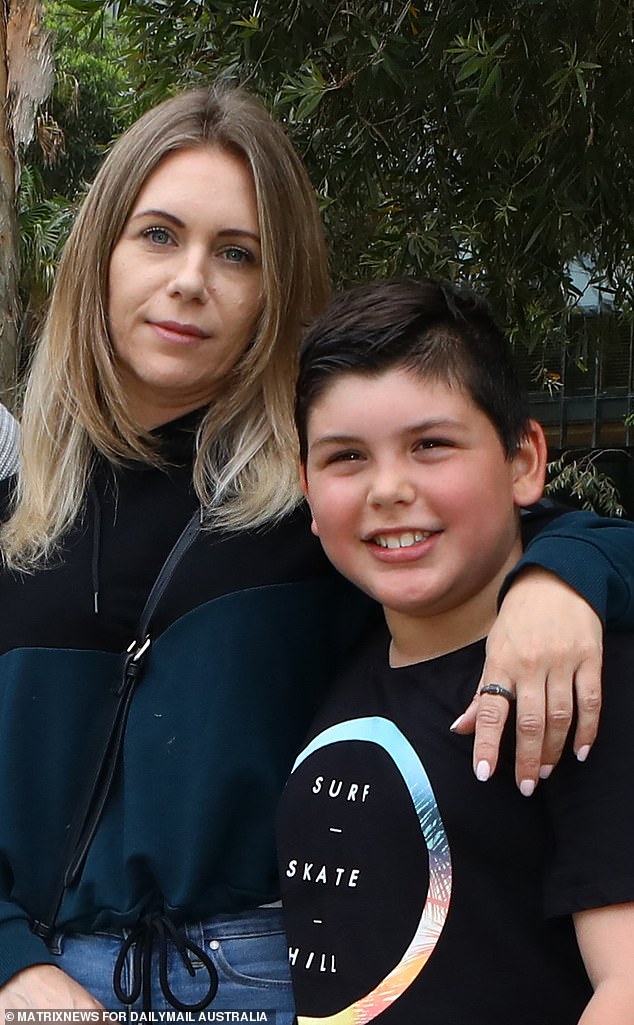 Single mum Michelle Fazzani was working in retail when the lockdown happened. She said anything the government can do to help will be greatly appreciated.

'After everything that has happened with the aged care facilities I think there needs to be more in place to monitor that sector.'

Single mum Michelle Fazzani was working in retail when the lockdown happened.

Her company wasn't eligible for JobKeeper so she has been stuck on JobSeeker for months hoping to find work.

Her goal was to work in tourism, she had been studying a diploma in tourism when the pandemic struck.

She said anything the government can do to help will be greatly appreciated.

Treasurer Josh Frydenberg said said women were more likely to lose their job during the health crisis than men.

'We want to get it back to that record high that it was before this crisis began.'

It's understood the statement will focus on improving women's workforce participation, earning potential and economic independence. 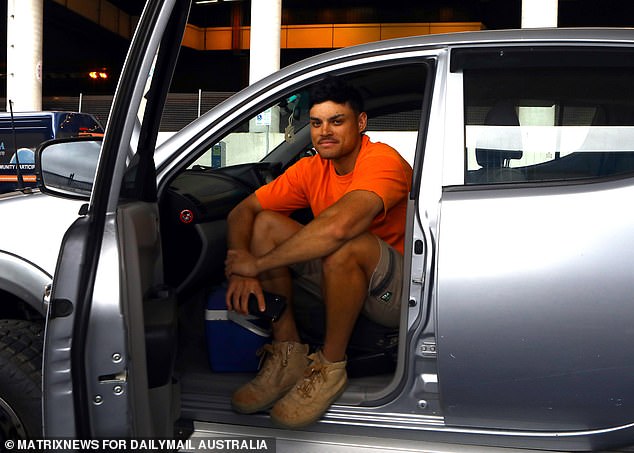 Carpenter Doug Murray, 24, who has been working throughout the pandemic, said the cash splash was

PREV Nancy Pelosi goes into meltdown and calls CNN's Wolf Blitzer a 'Republican ...
NEXT EasyJet warns it is set to lose £845m due to coronavirus pandemic in its first ...