The Church of England 'failed' to protect children and young people from sexual predators within their ranks while a culture of secrecy allowed abusers to hide, a damning report published today claims.

The Independent Inquiry into Child Sexual Abuse (IICSA) found that nearly 400 people who were clergy or in positions of trust associated with the Church have been convicted of sexual offences against children from the 1940s to 2018.

In the past year there were 2,504 safeguarding concerns reported to diocese about children and vulnerable adults, and 449 concerns about recent child sexual abuse.

However, the Inquiry into whether both the Church of England and the Church in Wales protected children from sexual abuse in the past found that both institutions 'failed' to take reports of abuse seriously for the best part of eight decades.

Its report found that 'many allegations were retained internally by the Church, rather than being immediately reported to external authorities'.

Responses to disclosures of sexual abuse 'did not demonstrate the necessary level of urgency, nor an appreciation of the seriousness of allegations', the report states.

It found 'non-recent sexual abuse allegations' were 'overlooked' due to a 'failure to understand that the passage of time had not erased the risk posed by the offender and a lack of understanding about the lifelong effects of abuse on the victim.'

Meanwhile, alleged perpetrators were given more support than victims of sex abuse while those who reported the abuse were 'actively disbelieved' by the Church.

Citing the case of former bishop Peter Ball, the Inquiry suggests that ex-Archbishop of Canterbury Lord George Carey 'simply could not believe the allegations against Ball or acknowledge the seriousness of them regardless of evidence'.

The report adds that Carey was 'outspoken in his support of his bishop' and 'seemingly wanted the whole business to go away'. 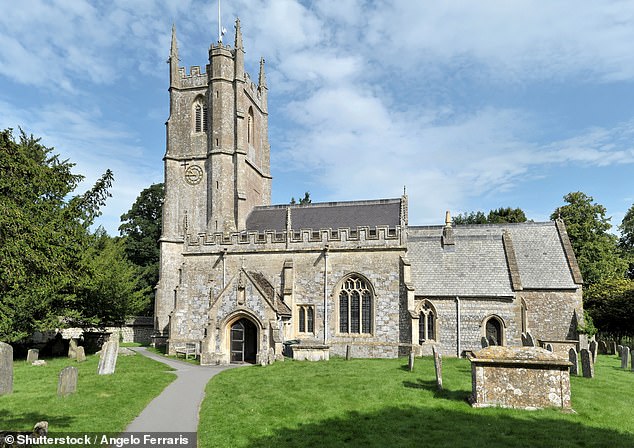 The Church of England 'failed' to protect children from sexual predators within their ranks while a culture of secrecy allowed abusers to hide, a damning report published claims (stock) 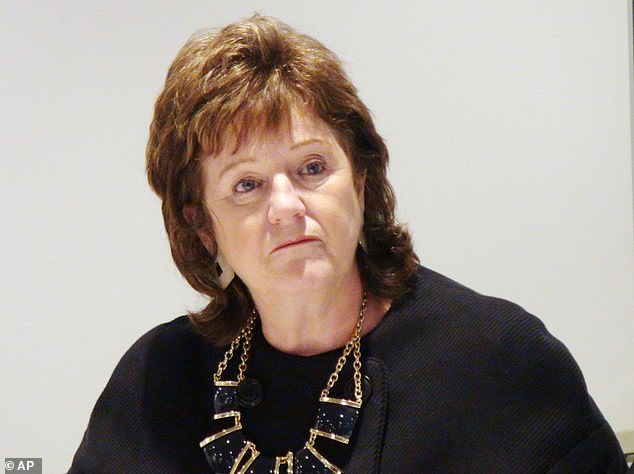 Inquiry chair Professor Alexis Jay said: 'Over many decades, the Church failed to protect children and young people from sexual abusers, facilitating a culture where perpetrators could hide and victims faced barriers to disclosure that many could not overcome'

The victims were provided with little or no pastoral support or counselling, while their perpetrators enjoyed assistance from those in senior positions of authority.

Until as recently as 2015, the Church failed to properly fund safeguarding, and advice given by safeguarding staff was often overlooked or ignored in favour of protecting the Church's reputation.

According to the Inquiry, church 'culture' – including the widespread 'deference to the authority of the Church and to individual priests' – helped to 'facilitate it becoming a place where abusers could hide'.

The report suggests that this often led to 'entirely inappropriate' responses to authentic or alleged cases of child sex abuse.

It cites the case of Bishop Peter Forster, who told a hearing that convicted paedophile Reverend Ian Hughes had been 'misled into viewing child pornography'. More than 800 of the 8,000 indecent images downloaded by Hughes were graded at the most serious level of abuse.

The IICSA report states: 'The culture of the Church of England facilitated it becoming a place where abusers could hide. Deference to the authority of the Church and to individual priests, taboos surrounding discussion of sexuality and an environment where alleged perpetrators were treated more supportively than victims presented barriers to disclosure that many victims could not overcome.

'Another aspect of the Church's culture was clericalism, which meant that the moral authority of clergy was widely perceived as beyond reproach.

'As we have said in other reports, faith organisations such as the Anglican Church are marked out by their explicit moral purpose, in teaching right from wrong.

'In the context of child sexual abuse, the Church's neglect of the physical, emotional and spiritual well-being of children and young people in favour of protecting its reputation was in conflict with its mission of love and care for the innocent and the vulnerable.'

The Church's failure to respond consistently to victims and survivors of child sexual abuse often added to the victims' trauma, described by Archbishop Justin Welby as 'profoundly and deeply shocking'.

The report highlights the excessive attention paid to the alleged perpetrator of sexual abuse in contrast to that given to the victim.

For example, it notes that the former Dean of Manchester Cathedral, Robert Waddington, was the subject of a number of child sexual abuse allegations over many years. Despite

PREV Number of severely ill Covid-19 patients being placed on ventilators has more ...
NEXT Troubled girl, 16, takes her own life on school grounds