A U.S. House of Representatives panel looking into abuses of market power by four of the biggest technology companies found they used 'killer acquisitions' to smite rivals, charged exorbitant fees and forced small businesses into 'oppressive' contracts in the name of profit.

The panel, an antitrust subcommittee of the Judiciary Committee, recommended that Google parent Alphabet, Apple, Amazon and Facebook should not both control and compete in related business activities but stopped short of saying they should be broken up.

The scathing 449-page report described dozens of instances where the companies misused their power, revealing corporate cultures apparently bent on doing what they could to maintain dominance over large portions of the internet.

'To put it simply, companies that once were scrappy, underdog startups that challenged the status quo have become the kinds of monopolies we last saw in the era of oil barons and railroad tycoons,' the report said. 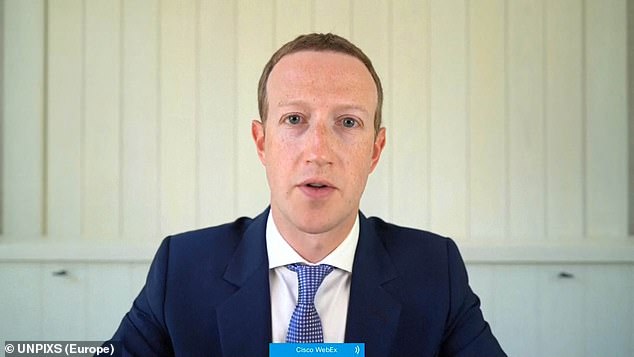 Facebook CEO Mark Zuckerberg is seen earlier this year. A U.S. House of Representatives panel looking into abuses of market power by four of the biggest technology companies found they used 'killer acquisitions' to smite rivals, such as Facebook's purchase of Instagram 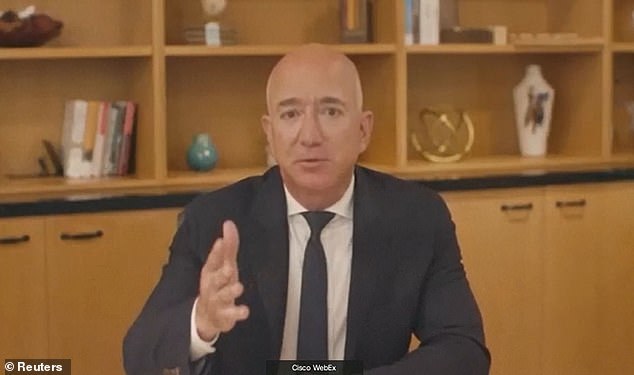 Amazon CEO Jeff Bezos is seen during House antitrust hearings. Amazon warned in a blog post Tuesday against 'fringe notions of antitrust' and market interventions that 'would kill off independent retailers and punish consumers'

In anticipation of the report, Amazon warned in a blog post Tuesday against 'fringe notions of antitrust' and market interventions that 'would kill off independent retailers and punish consumers by forcing small businesses out of popular online stores, raising prices and reducing consumer choice.'

After more than a year of investigation involving 1.3 million documents and more than 300 interviews, the committee led by Democratic Congressman David Cicilline found companies were running marketplaces where they also competed, creating 'a position that enables them to write one set of rules for others, while they play by another.'

Coming just weeks before the Nov. 3 presidential election, the content of the report became increasingly political, an opportunity for Republicans and Democrats to boost their credibility in the fight against market domination by big tech companies.

That said, Congress is unlikely to act on the findings this year.

Ultimately, the report reflects the views of the Democratic majority in the House, and two other reports were expected to be authored by Republican members on the panel, two sources told Reuters earlier in the day. 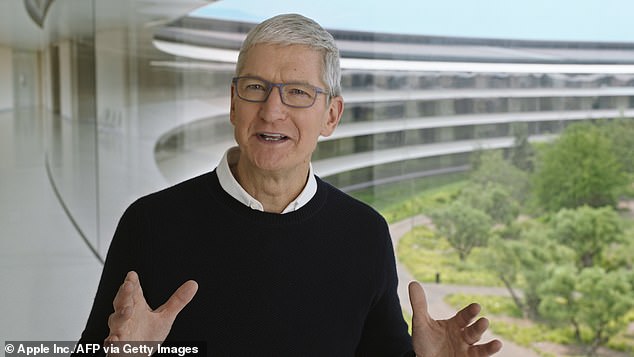 Apple CEO Tim Cook is seen at Apple Park in Cupertino, California, on September 15. As part of the report, the committee staff drew up a menu of potential changes in antitrust law 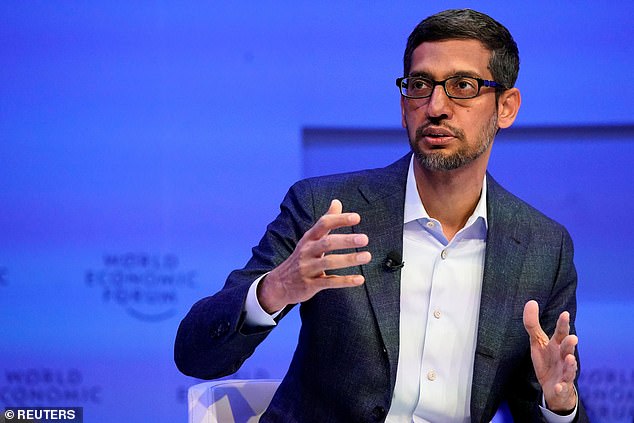 Alphabet CEO Sundar Pichai is seen in January. The report found companies were running marketplaces where they also competed, a practice it recommended banning

The panel recommended companies be prohibited from operating in closely aligned businesses.

While they did not name any one company, this recommendation would suggest that Google, which runs the auctions for online ad space and participates in those auctions, should potentially be required to separate clearly, or not even operate, the two businesses.

The report urged Congress to allow antitrust enforcers more leeway in stopping companies from purchasing potential rivals, something that is now difficult.

Facebook's acquisition of Instagram in 2012 is an example of this. Instagram at the time was small and insignificant, but Facebook CEO Mark Zuckerberg saw its potential and noted that it was 'building networks that are competitive with our own' and 'could be very disruptive to us,' the report said.

PREV Morocco reopens some mosques, even as infections grow mogaznewsen
NEXT Troubled girl, 16, takes her own life on school grounds