Drug dealers slip business cards under doors to peddle their wares to students in northeastern university cities where where four young people suffered drug-related fatalities at the weekend.

Cards showing how to request banned substances through Instagram were handed out around accommodation for undergraduates at Newcastle University.

Furthermore, Whatsapp 'group chats' have introduced like-minded strangers who want to take drugs together, the Daily Mail has been told.

The revelations come just days after two 18-year-old freshers died in the same Newcastle University student accommodation block after they were thought to have taken class-B drug ketamine.

Last night floral tributes had begun to appear at the family home of Jeni Larmour, an Architecture and Urban Planning student, from Newtownhamlinton, Armagh who died on Saturday morning. 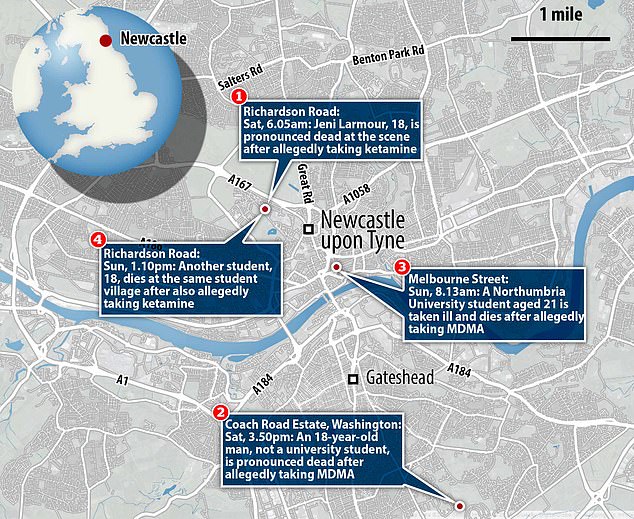 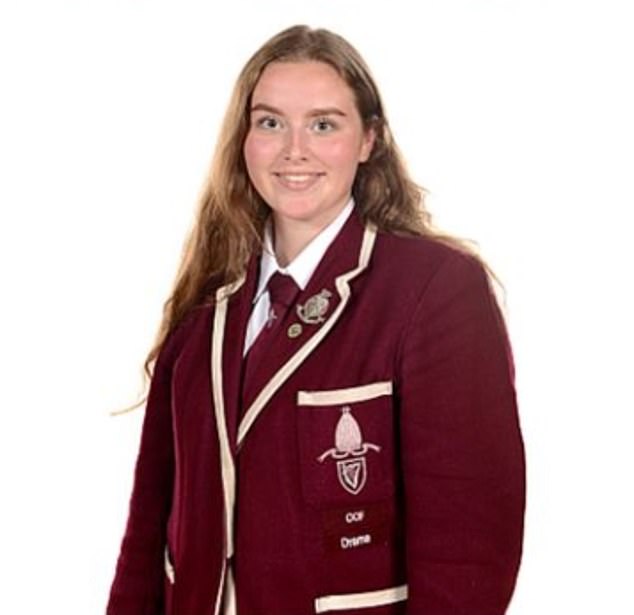 Dealers have been using business cards and social media to advertise their wares to students in the northeast, where four young people - including Jeni Larmour (pictured) - suffered drug-related fatalities at the weekend

Saturday, 6.05am: Police received reports of an unresponsive woman at an address on Richardson Road in Newcastle. Jeni Larmour, 18, who was a student at Newcastle University, is believed to have taken a quantity of ketamine and was pronounced dead at the scene. An 18-year-old male was arrested on suspicion of supplying a Class B drug and has since been released on police bail.

Saturday, 3.50pm: Police are called to a report of a cardiac arrest at a property on Coach Road Estate in Washington, where an 18-year-old had allegedly taken a quantity of MDMA and fallen ill. Officers and emergency services attended but the man, who is not a university student, was pronounced dead a short time after. Seven people were arrested in connection with this incident and have been released under investigation.

Sunday, 8.13am: Police were alerted to a report that a 21-year-old student from Northumbria University had taken ill at an address on Melbourne Street, Newcastle. It is suspected he had taken a quantity of MDMA. He was transported to hospital, but died a short time later. A 20-year-old male arrested on suspicion of supplying Class A drugs has since been released on police bail.

Sunday, 1.10pm: Police received a further call to the same building on Richardson Road, where the first woman was found. Another 18-year-old student had died, and it is believed ketamine had been present at the address. An 18-year-old man was arrested on suspicion of supplying a controlled drug and has been bailed.

The other 18-year-old woman - who has not been named - was found on Sunday afternoon.

Both women were understood to have received cards before their deaths, The Mirror reports.

Separately, an 18-year-old man from nearby Washington, who was not a student, died on