Awkward moment Scott Morrison confronts Leigh Sales over her 'irresponsible question' when she grills him about the US presidential election - and what he really thinks of Donald Trump Scott Morrison has slammed Leigh Sales for asking him about the US presidency The prime minister butted heads with Sales during an interview on 7.30  Sales made the remark Mr Morrison should condemn US president Trump But he refused to cast judgement over Trump's handling of the pandemic

Scott Morrison has slammed ABC journalist Leigh Sales for asking him to take a stance on the US Presidential election.

The prime minister butted heads with Sales during a live interview on the 7.30 program on Wednesday night.

Sales made the suggestion Mr Morrison should condemn Donald Trump over his handling of the coronavirus pandemic in the United States.

But Mr Morrison refused to make comment on either presidential candidate, saying it wasn't his place to cast judgement on another world leader.

'Would you know there is an election on in the United States. To ask me to commentate on candidate, it is a bit of an irresponsible question,' Mr Morrison said.

'It is not for me to engage in commentary on other world leaders. It is for me to work with them and the Australian-US relationship couldn't be in a more strong state.'

His comments were in response to a questions about whether Australia would prefer to see Joe Biden elected over the re-election of Donald Trump.

Sales referenced a comment by former Prime Minister John Howard in 2007 as she defended her decision to ask his opinion on the election. 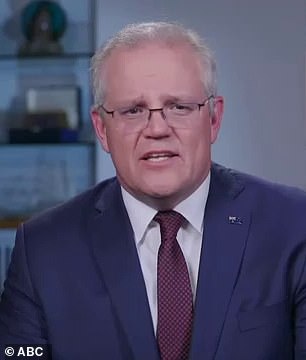 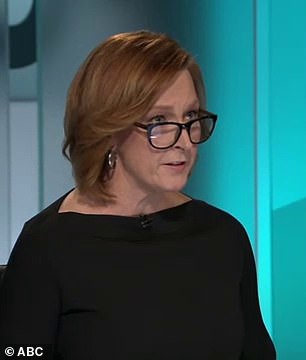 'When the same question was asked