U.S. Army offers $25,000 reward to find soldier, 21, missing for more than two months and last seen 'begging for money on the streets' in Mexico U.S. Army soldier Richard Halliday was reported missing by his family in July The 21-year-old was last seen at the Fort Bliss base in El Paso, Texas, on July 24 His family visited the state prosecutor's office in Chihuahua, Mexico, after receiving information that the soldier has been seen in Ciudad Juárez Patricia Halliday she had learned her son had been previously spotted in the Mexican border city asking for money to purchase food

A Florida family has reached out to government officials in Mexico in hopes of finding a missing U.S. Army soldier who was last seen more than two months ago.

Pvt. Richard Halliday, has been missing since July 24 when he was last seen by soldiers at the Fort Bliss base in El Paso, Texas.

According to Stars and Stripes, the 21-year-old soldier had been reprimanded for violation by his unit, the 32nd Army Air and Missile Defense Command. 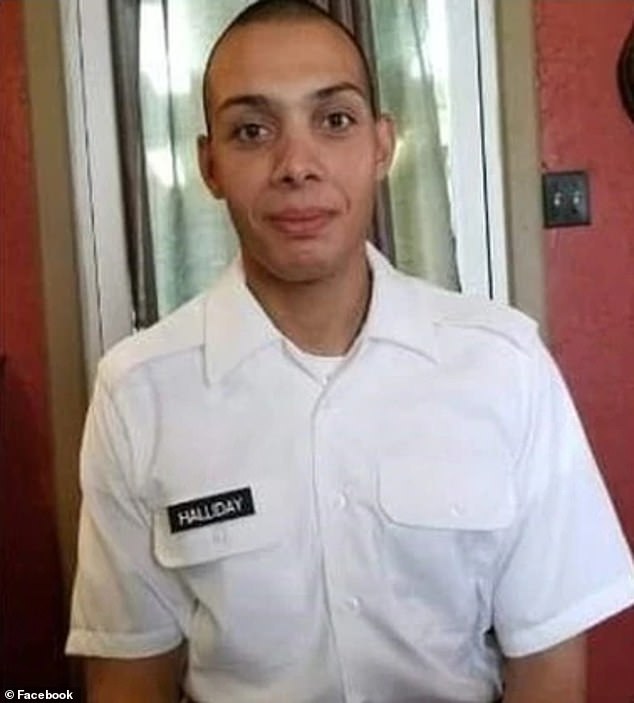 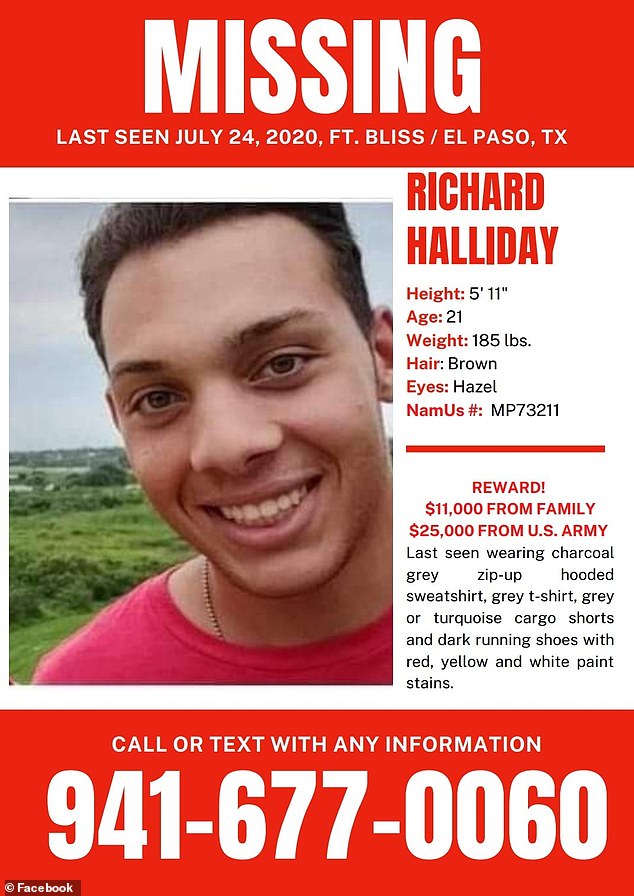 Halliday started to run into problems with the Army following his return from Qatar, which included driving under the influence of alcohol despite being under the legal drinking age of 21.

'During the two days after Pvt. Halliday fled from his escorts on July 24, his unit actively searched on post, notified all access points to Fort Bliss, contacted emergency rooms at local hospitals, notified on-post and community law enforcement, and called phone