Premier Gladys Berejiklian is warning there are likely more cases of COVID-19 circulating in the NSW community.

'I am ...expecting the number of community transmissions to increase, given those three cases yesterday,' she told ABC TV on Thursday.

'But that's what we expect in a pandemic. If you're keeping your borders open, if you have an open economy, you're keeping jobs going, you're making sure the community is supported as much as possible, whilst you're controlling the virus, you're going to have cases pop up now and then,' she said.

'And that's why I've always argued that it's better to have a resilient system, one with open borders, rather than have these artificial rules about when it's safe to open a border or not. I don't think that works, I don't think it's fair.' 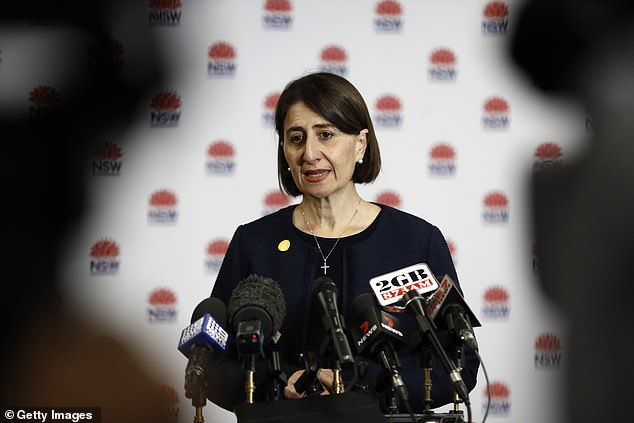 Earlier she chided her counterparts in Queensland and Western Australia for their 'blinkered views' and unyielding border restrictions.

The NSW streak of 12 consecutive days without a single case of community transmission of COVID-19 ended on Wednesday, threatening the prospect of the Queensland border re-opening on November 1.

The Queensland government has given NSW 48 hours to find the source of the three new cases detected in NSW otherwise the countdown clock will re-start, as Queensland insists NSW must go 28 days without a single community case.

WA has applied the same 28-day benchmark and there's speculation it could keep its border closed until April.

Ms Berejiklian is furious, saying 'unrealistic expectations like that are not fair ... and it's just not the right thing to do'.

'I think it's a benchmark no state our size would ever be able to meet,' she said. 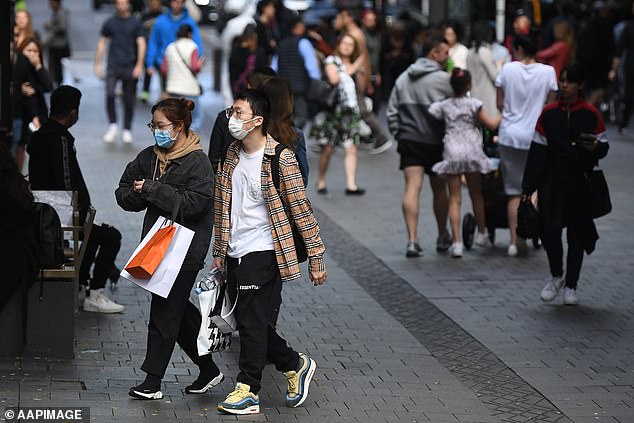 NSW 12 day streak of no community transmission ended on Wednesday. Pictured: pedestrians walk by Pitt Street Mall in Sydney CBD in May

PREV Surgeon injured woman as he 'forgot' which side of road to drive on
NEXT Troubled girl, 16, takes her own life on school grounds