Dozens of migrants are picked by Border Force after making Channel crossing in dinghies for the first time this month during break in the bad weather Interception was the first time this month migrants had attempted the cross  Unconfirmed reports claimed between 50 and 60 were detained by officers  Last month a total of 1,954 people were caught by Border Force in the sea

Dozens of migrants trying to reach the UK have been picked up by Border Force officers for the first time this month.

The adults attempting to reach Kent were in small crafts after setting off in a break in the terrible weather that has been plaguing the area.

Smugglers in Calais had put them into a number of small boats, including rigid hulled inflatable boats and dinghies, for the 27 mile journey.

But they were picked up in the English Channel by Border Force vessels sent out to intercept them. 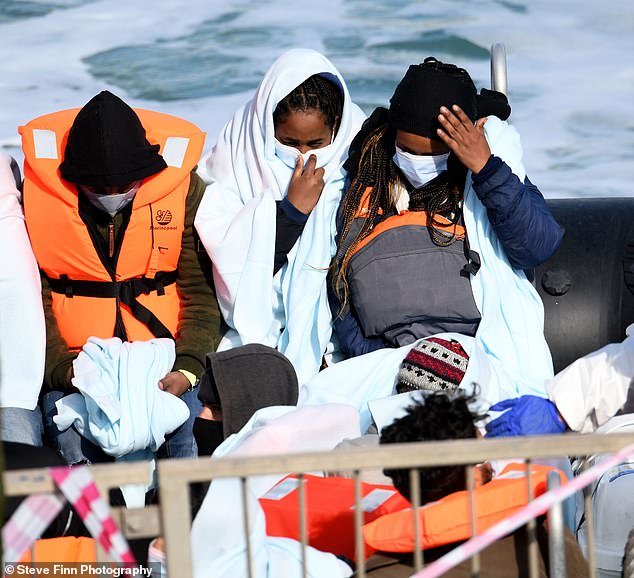 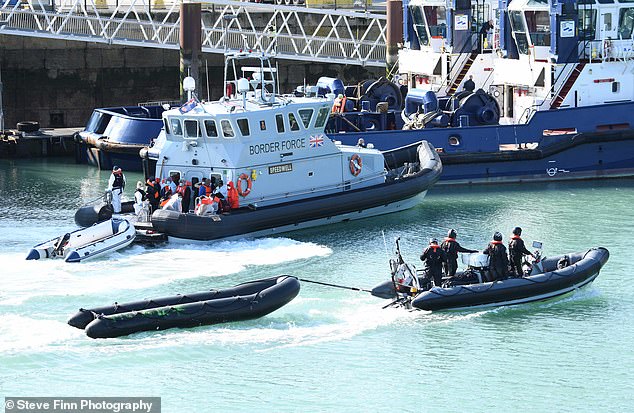 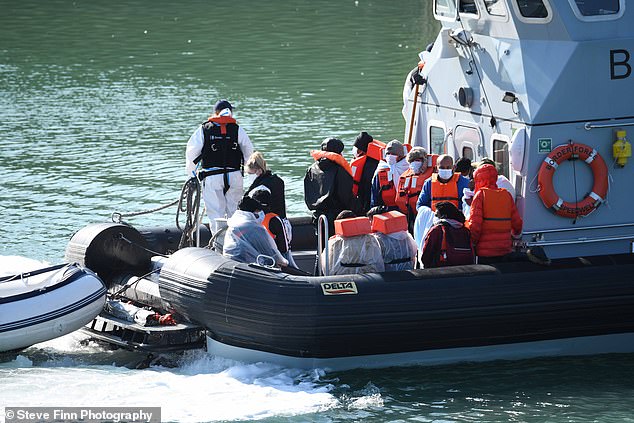 Unconfirmed reports claimed between 50 and 60 have been detained in the operation.

One boat with 13 people on board was less than half a mile off the Kent coast.