A 10-day indoor prayer retreat for parishioners at a church in New Hampshire led to an outbreak of the novel coronavirus.

It is estimated that 'several hundred people' attended the event at Gate City Church, in Nashua, which ran from September 18 to September 29.

So far, nine people who participated in the retreat have tested positive for COVID-19, the disease caused by the virus.

Bobbie Bagley, director of the Nashua Department of Public Health & Community Services (NDPH), said although safety guidelines were mostly followed, families did remove their masks to sing, which was likely the precipitating factor in the outbreak.

The Centers for Disease Control and Prevention (CDC) has encouraged Americans to avoid singing because it can contribute to the spread of COVID-19.

'Avoid singing, chanting, or shouting, especially when not wearing a mask and within [six] feet of others,' the website states.

Additionally, if singing is to be done, it is recommended to wear a mask or face covering at all times. 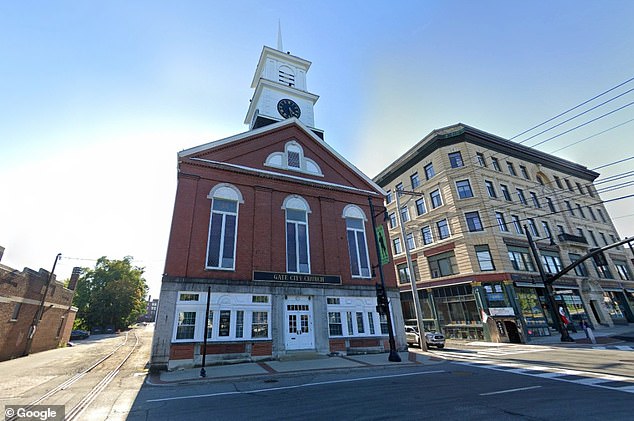 An indoor prayer retreat was held at Gate City Church (pictured), in Nashua, New Hampshire, from September 18 to September 29, with masks being removed to sing 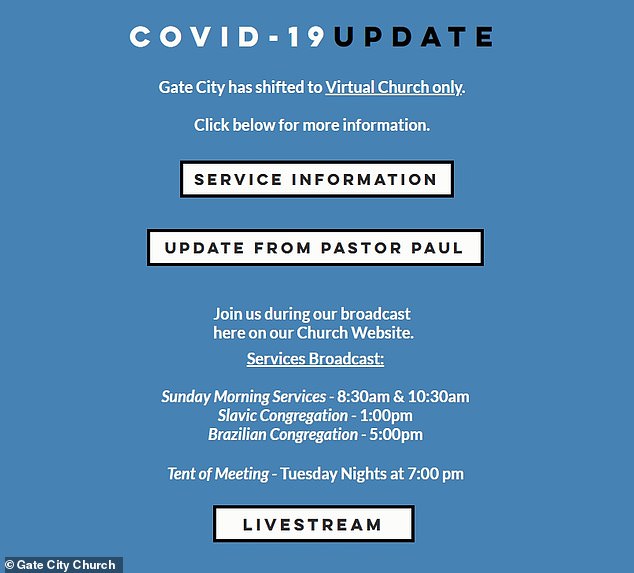 Nine people who attended the event have tested positive for COVID-19 and several hundred more are being asked to get tested, with the church moving all services online (above)

During a on Thursday, Nashua Mayor Jim Donchess said the state discovered the outbreak on October 5.

'Since then, our public health department has been working with the state and with the church to try to identify anyone who might have been in contact with a positive case,' he said.

At the conference, Bagley said 'patient zero' was likely an asymptomatic person who did not know that they were infected with COVID-19.

She said the church followed state guidelines, including having families placed six to 10 feet apart and ensuring that people were wearing masks.

But, at one point during the retreat, congregants 'did take their masks off once they were in their family units to sing.'

'Singing...in an enclosed building is one of the riskiest exposure opportunities with the virus,' Bagley said.

'And although there was nothing that was intended to cause any harm, this situation did allow for extended exposure at

PREV Biden enters final stretch of campaign with big cash advantage over Trump
NEXT Troubled girl, 16, takes her own life on school grounds