Princeton is replacing a residential college once named after 28th president Woodrow Wilson with a new one named for a black female alumna and major donor.

Mellody Hobson, who is married to Star Wars creator George Lucas, will become the first black woman to have a residential college on the prestigious campus named for her after she and the Hobson/Lucas Family Foundation made the lead gift on the building.

Hobson, who graduated from Princeton in 1991, said during yesterday's announcement that she was proud her name would 'erase Wilson's racist legacy'.

Wilson was not only president of the United States but Princeton's 13th president. The university has worked to remove itself from his 'racist thinking' this year following protests. 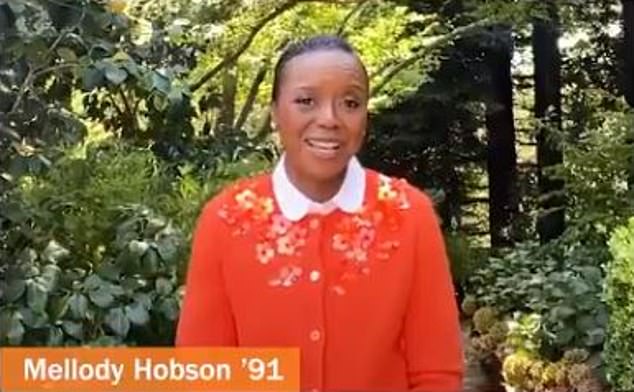 Princeton's former Wilson College will be replaced with a residential school named after businesswoman and philanthropist Mellody Hobson, pictured 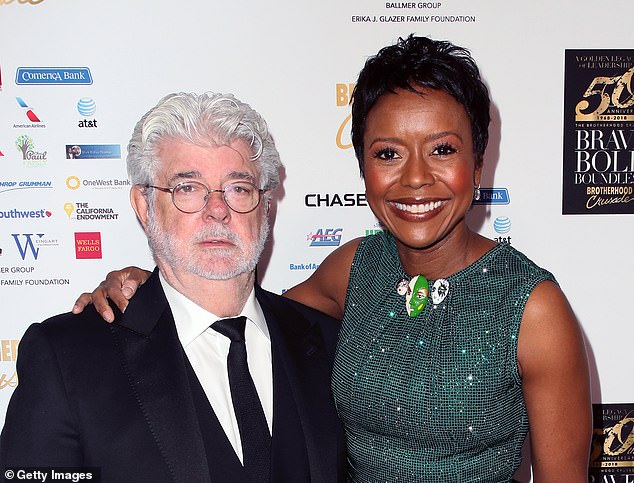 Hobson made the lead gift on the building for the new residential college through the foundation she runs with husband, Star Wars creator George Lucas, pictured together 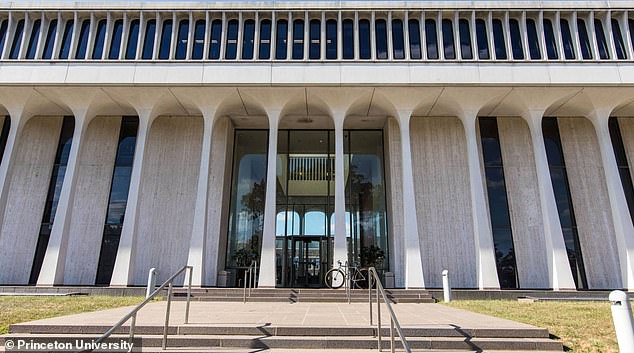 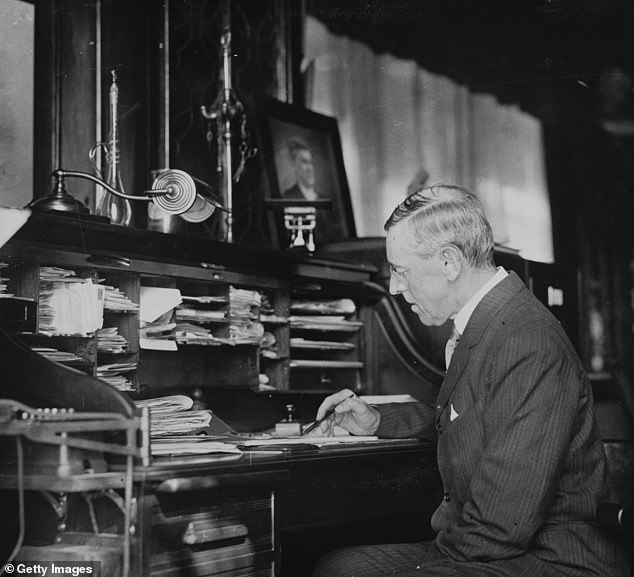 'I am so honored to be part of this historic moment for Princeton University,' Hobson, 51, said of the new college.

'No one in my family had graduated from college when I arrived on campus and yet, as I looked up at the buildings named after the likes of Rockefeller and Forbes, I felt at home. 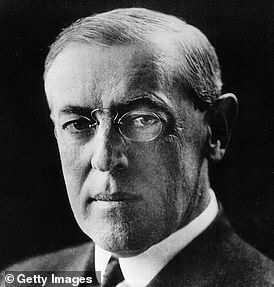 Wilson was the 28th US president

Wilson served as president from 1913 to 1921, during the period following Reconstruction that is known as  a low point in American race relations.

A Democrat, he oversaw progressive policies and led the nation in World War I, as well as establishing the UN-precursor League of Nations.

His domestic agenda included the implementation of federal income tax and the creation of the Federal Reserve.

He was also the first southerner to be elected president after the Civil War, and oversaw the segregation of parts of the federal government.

While Wilson did not mandate the segregation of the entire government, he allowed Cabinet members to segregate their respective departments.

In a July 1913 letter to a civil rights activist, Wilson defended the segregation of government offices, arguing that it removed 'friction' between the races.

Famously during Wilson's presidency, D. W. Griffith's film The Birth of a Nation, which celebrated the rise of the Ku Klux Klan, was the first motion picture to be screened in the White House.

The film also quotes Wilson's historical scholarship on the KKK, but after seeing it Wilson disavowed the movie, saying he had been 'unaware of the character of the play before it was presented.'

'When I was approached last year about this opportunity, I was most compelled by the symbolism of a black woman replacing the name of someone who would not have supported my admission three decades ago and what that would represent for future generations,' the philanthropist and business woman added of Wilson.

'Education has the power to transform lives as it did mine. Hobson College will play an important role in telling every student especially those who are black and brown and first in their families, like me, that they belong in Princeton.'

She hit out at Wilson further by stating that the president 'failed to see that orange and black belong together', citing the Princeton colors.

In June, Princeton stripped Wilson's name from a public policy school, as well as the residential college that will now be replaced with Hobson College.

Wilson served as president from 1913 to 1921, during the period following Reconstruction that is known as a low