Pet owner lets her dog's fur become so matted vets couldn't tell what animal it was when it died - only identifying it from its CLAW WARNING: DISTRESSING CONTENT  Emma Louise Fiel, 54, neglected her pet dog in the period before it's death  The dog, known as Abbey, had matted hair and was defecating into her own fur Upon her death, Fiel approached a vet to arrange the Cremation of  her pet dog An inspection of the remains resulted in a criminal prosecution against Fiel

A woman let her dog's fur become so matted that after the pet died vets were unable to determine what kind of animal it was.

Abbey, a crossbreed, died and was taken to the vets for Cremation - but when the cardboard box was opened the fur was so matted it was impossible to see it was a dog.

Owner Emily Louise Fiel, 54, neglected the dog so badly that 90 per cent of the animal's fur was matted. 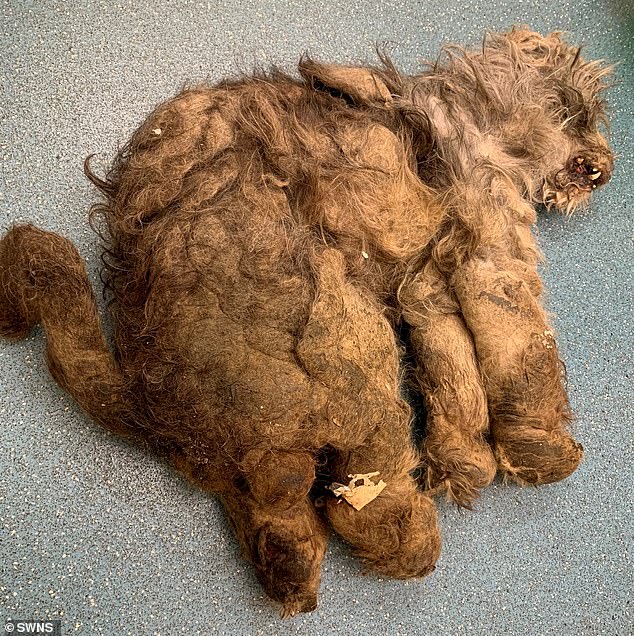 Abbey the dog, pictured, was neglected by her owner Emily Louise Fiel, 54, ahead of her death 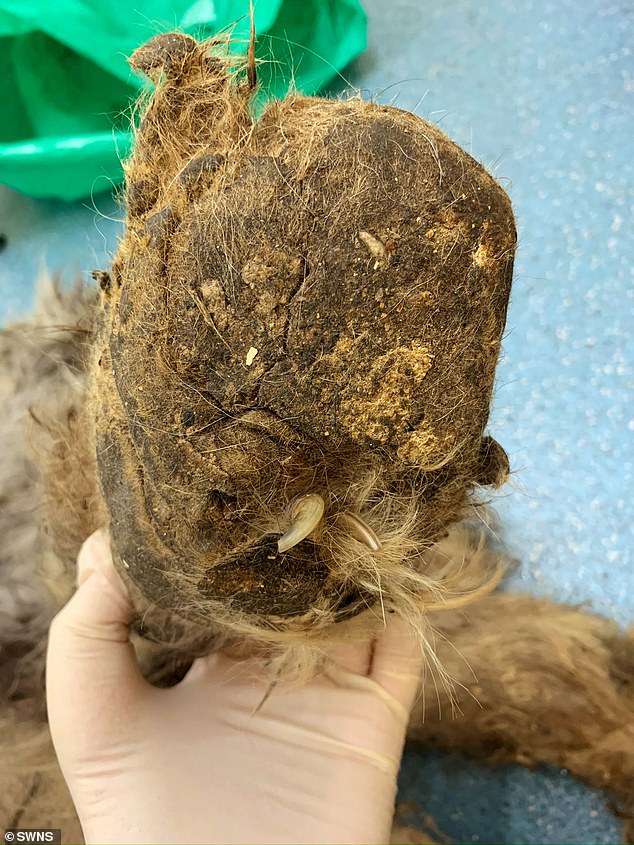 The cross breed was only identified as a dog when vets were able to see her claw, pictured

The extreme neglected meant Abbey was forced to lie in her own bodily fluids as they became trapped in her fur.

PREV Ex-police officer on bail in George Floyd case allowed to leave Minnesota
NEXT Troubled girl, 16, takes her own life on school grounds

Hospices are 'falling through the cracks' of coronavirus testing