Chinese military demands US 'stop provocative actions' and 'restrict' naval operations in the South China Sea after USS John McCain enters waters in disputed area without permission Chinese People's Liberation Army has accused the US of 'provocative actions'  Spokesperson on Friday said US destroyer John McCain entered waters around the disputed Paracel Islands without China's permission 'It is a naked navigational hegemony and military provocation,' he said He also accused the US of 'frequently' sending warships to the South China Sea to flex its muscles In July, China called the US a 'troublemaker and destroyer of regional peace' after two aircraft carriers were dispatched to the region in a show of force

By Reuters and Karen Ruiz For Dailymail.com

China has demanded the US 'control and restrict' its naval operations in the South China sea after a US guided missile destroyer entered waters around the disputed Paracel Islands without permission.

A spokesperson for the Chinese People's Liberation Army accused the US of flexing its military muscle after the USS John McCain was spotted sailing into the China's territorial waters on Friday.

'It is a naked navigational hegemony and military provocation,' Colonel Zhang Nandong said in a statement. 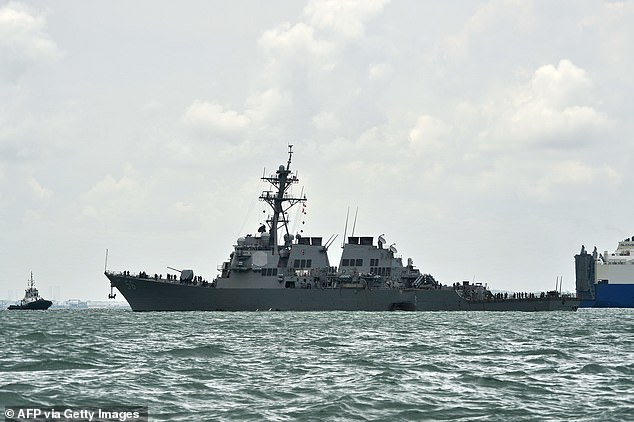 The USS John McCain (pictured in 2017)  was spotted sailing into the disputed Paracel Islands in the South China Sea without China's permission on Friday, the Chinese military said 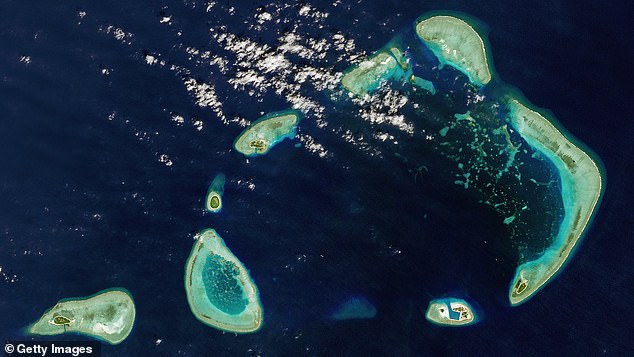 'We demand the US immediately stop such provocative actions, (and) strictly control and restrict military operations in the sea and air to avoid accidents.'