Daniel Andrews has been accused of not being honest with Victorians about when coronavirus lockdown can lift and faced another grilling from Sky News host Peta Credlin.

The premier has revealed that some social restrictions will be relaxed on Sunday even though Melbourne has been recording about 10 to 15 cases per day.

Previously Mr Andrews said the city needs to record five cases or fewer on a three-day average before lockdown can be lifted safely. 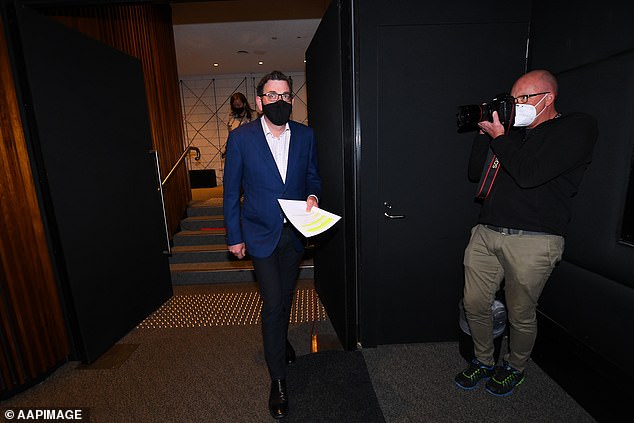 In his daily press conference on Monday, Mr Andrews was asked if he believes Melbourne can come out of lockdown while recording 10 cases per day.

'Some people might feel that you haven't been as honest as you could be about saying we can put up with 10 [cases per day],' ABC journalist Raffael Epstein said.

'It looks like you will let us have a whole lot of personal freedoms but not business freedoms next weekend, and there is a fair bit of commentary around today about why doesn't he say we can work with 10 and live with 10,' Epstein added.

Mr Andrews replied: 'I would be disappointed to think that people felt that way. I have tried to be nothing but frank and clear as I can be.'

The premier insisted he has always said a common sense approach would be applied to lifting restrictions.

'It may get to a point where all of our advice is [that the case numbers are] as good as it is going to get.

'And therefore we have to brace ourselves for a fight, and opening up,' he said.

'I have tried to be clear about that, maybe I have not expressed it as clearly as before but I have always said we will... have common sense when we look at these numbers and try to understand the story.'

Mr Andrews said he was open to changing the five-case target when a new roadmap to opening up is released on Sunday.

Earlier on Monday the premier's right-hand man Chris Eccles resigned from his post as Victoria's top public servant after phone records showed he spoke to police boss Graham Ashton on the day the state's bungled quarantine program was set up.

Mr Eccles had previously told an inquiry into the progamme that he could not remember speaking to Mr Ashton.

The inquiry has been struggling to find out who decided to use private security guards instead of police or the ADF to man quarantine hotels.

Mr Eccles denied making the decision to use private security.

Mr Andrews was grilled by Sky News host Peta Credlin, who was praised for taking the premier to task at the conference last week, about Mr Eccles' role. 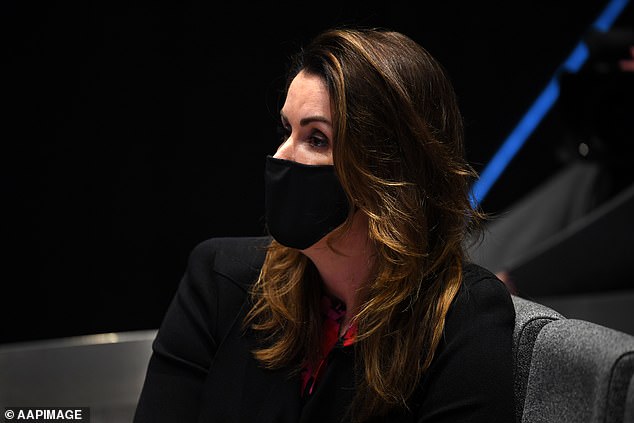 At about midday on 27 March, the premier left a national cabinet meeting where the decision to quarantine Aussies arriving from overseas was made.

Ms Credlin asked Mr Andrews if he then spoke to Mr Eccles about using private security guards and the premier said he did not.

'Did you have a conversation with Mr Eccles at any point after which you left the room at 12 noon in relation to security regarding hotels,' she said.

'No,' the premier replied.

Credlin pressed again saying: 'No conversation at all? and the premier said: 'No. No.'

Mr Andrews was also grilled about mask compliance. One journalist estimated that only 10 per cent of Victorians were wearing masks even though they are mandatory.

Mr Andrews said: 'There's pretty significant enforcement but [the police] are not everywhere for every single offence.'

He added: 'I'm not for a moment denying that people are getting increasingly tired of these rules.'

Mr Eccles' phone records show he spoke to Mr Ashton for two minutes in response to a text at 1.16pm on 27 March. 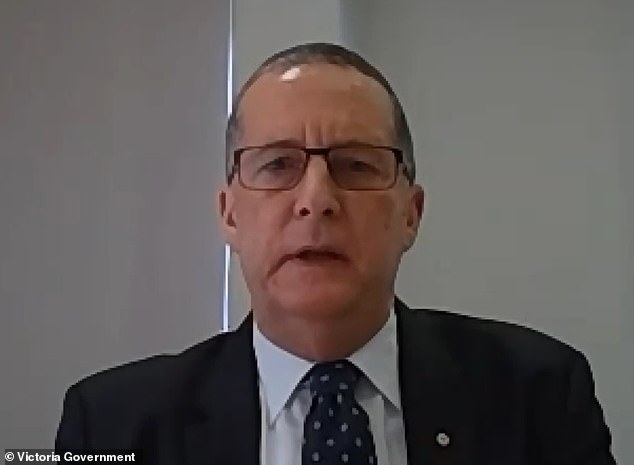 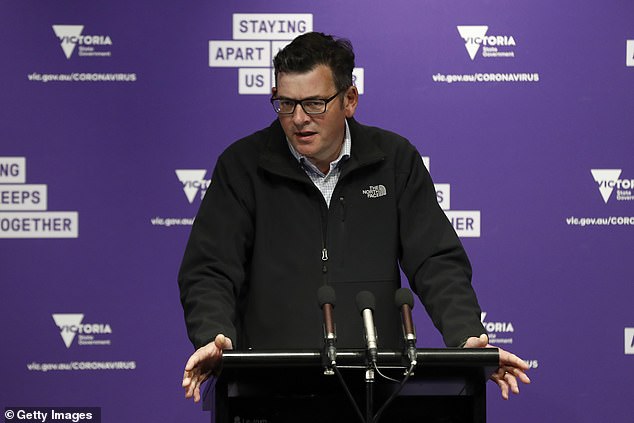 The critical six-minute window on 27 March

1.16pm: Mr Ashton also messaged Mr Eccles: 'Chris I am getting word from Canberra for a plan whereby arrivals from overseas are to be subjected to enforced isolation from tomorrow. The suggestion is Victorian arrivals are conveyed to a hotel Somewhere where they are guarded by police for 14 days. Are you aware of anything in this regard?? Graham'.

1.22pm: Mr Ashton sent another message to Mr Kershaw: 'Mate. My advice is the ADF do passenger transfer and private security will be used.'

Text messages submitted to the inquiry show that someone told Mr Ashton between 1.16pm and 1.22pm on March 27 that private security would be used.

'Mate. Question. Why wouldn't AFP Guard people At The hotel??' he wrote.

At 1.16pm, Mr Ashton also messaged Mr Eccles: 'Chris I am getting word from Canberra for a plan whereby arrivals from overseas are to be subjected to enforced isolation from tomorrow. The suggestion is Victorian arrivals are conveyed to a hotel Somewhere where they are guarded by police for 14 days. Are you aware of anything in this regard?? Graham'.

Six minutes later, at 1.22pm, Mr Ashton sent another message to Mr Kershaw: 'Mate. My advice is the ADF do passenger transfer and private security will be used.'

'I think that's the deal set up by our DPC. I understand NSW will be a different arrangement,' Mr Ashton said.

Mr Andrews said Mr Eccles' resignation was 'appropriate' and thanked him for his service.

In his resignation statement, Mr Eccles insisted he did not make the decision to use private security.

But he said remaining in his role would be a 'significant distraction' to the government.

'Following a request by the board of inquiry on Saturday 10 October 2020, I requested detailed telephone records from my telecommunications carrier,' his statement read.

'These records show I called Mr Ashton at 1:17pm and that I spoke with