'We got lucky': Cracked windshield from flying through a hailstorm forces United Airlines flight to make emergency landing at O'Hare airport United Airlines flight made an emergency landing due to cracked windscreen  The flight from Chicago bound for Washington, DC was forced to turn around   The aircraft had flown through a hailstorm and was pummeled for four minutes

By Sophie Tanno For Dailymail.com

A United Airlines flight was forced to make an emergency landing after the plane windshield cracked after being pelted by hail.

The screen had cracked as the United Airlines Flight 349 flew threw an afternoon hailstorm, the airline later confirmed.

Data from FlightAware shows that the plane, which departed from Chicago bound for Washington, DC on Monday afternoon, returned to Chicago O'Hare International Airport approximately an hour after it took off. 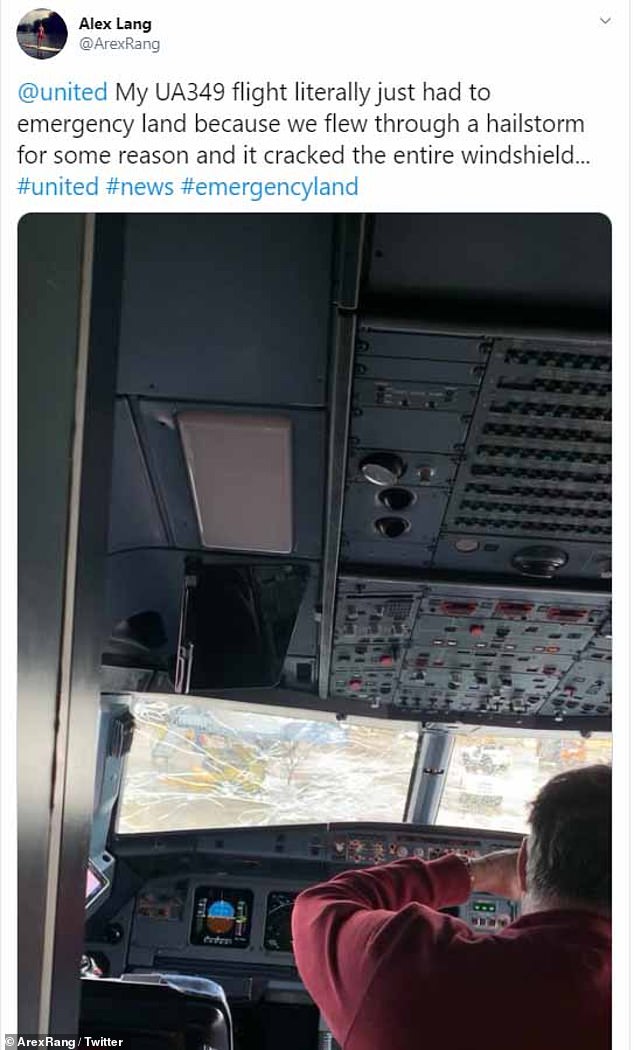 The flight departed from O'Hare airport at 1.54pm local time, only to return just over an hour later at 2.58pm.

An image snapped by an exiting

PREV Trump LEAVES Walter Reed during his COVID treatment to greet MAGA fans
NEXT Troubled girl, 16, takes her own life on school grounds