A Wisconsin man has been charged with disorderly conduct after he allegedly fired his gun in the air moments before 'militia member' Kyle Rittenhouse opened fire, killing a man in Kenosha.

Joshua Ziminski, 35, admitted to police that on the night of August 25 he fired off a warning shot, according to court documents obtained by DailyMail.com.

'Detective Howard observed a muzzle flash emit from the handgun, and heard a gunshot at the same time.

'In another video, the defendant is clearly seen at that same location.

'The defendant is seen walking in the same area, holding his right arm upwards, and firing off one shot from his handgun. The defendant and his wife are then seen leaving the area.' 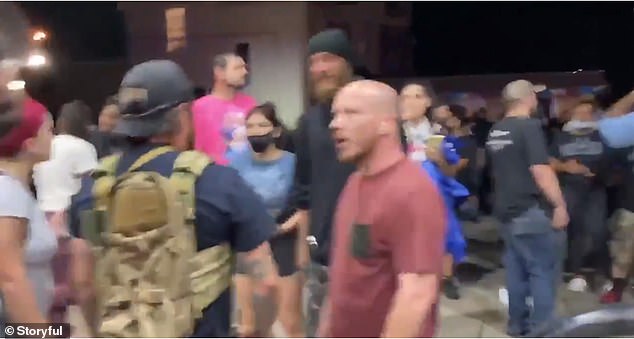 Ziminski, center, beard and black hat, is seen near Rosenbaum who confronts the 'militia' man 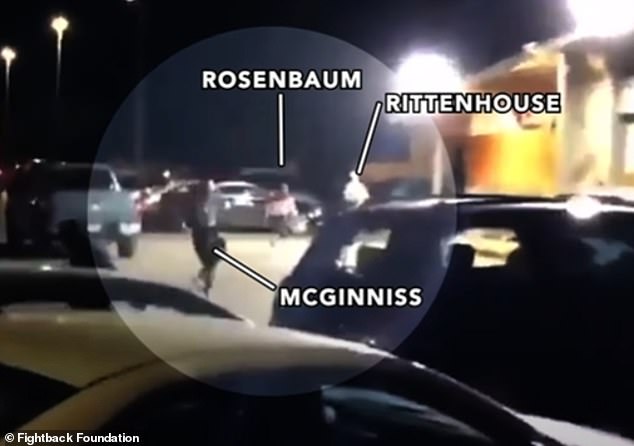 Video shows Rittenhouse running into a parking lot, followed by Rosenbaum and journalist Richard McGinniss, who was filming the chase on his cellphone

As Rittenhouse was running away, his lawyers point to a single gunshot that rang out across the street, believed to be fired by Ziminski. They circled the muzzle flash (above). Rittenhouse, who is not pictured above, was running away to the right of this frame when the shot was fired

Footage on social media showed the teenager turning toward the sound of gunfire, as another pursuer lunges toward him from the same direction.

Rittenhouse then fires four times, and appears to shoot his pursuer, Joseph Rosenbaum, 36, in the head.

Rittenhouse's lawyers are insisting he acted in self defense,

'It was a mistake': Victoria's Racing Minister forced to back down on Cox Plate ...