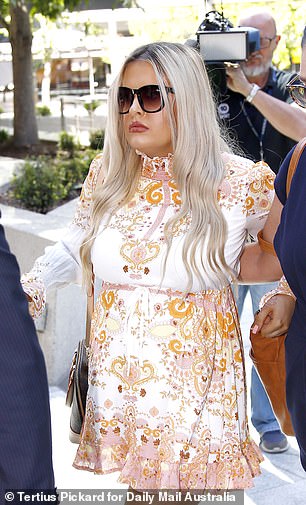 Raunchy text messages between NRL star Katoni Staggs and the teen found guilty of sharing 'first person' footage of their intimate sex acts without consent, have been revealed.

McKenzie Lorraine Robinson, 18, bombarded the Brisbane Broncos centre with up to 40 messages when he ignored her, Brisbane Magistrates Court heard on Friday.

In a text exchange on June 15, Robinson asks: 'Do you wanna come for dinner and have me for dessert?

She follows with a drool and wink emoji.

Staggs replies by texting: 'I‘ve already got dinner out but I will still have you for dessert' and also adds a drool and wink emoji.

Later that night, Robinson texts: 'Message me when you’re home my p***y is throbbing.'

Two weeks Robinson offers the footballer to participate in group sex with her and a friend.

'You can come over and have a three some with me and one of the girls later if you want,' she sends along with an explicit photo.

'I mean why not,' Staggs replies.

'Did you want to put me on a spit or what,' Robinson says in text messages seen by the Courier Mail. 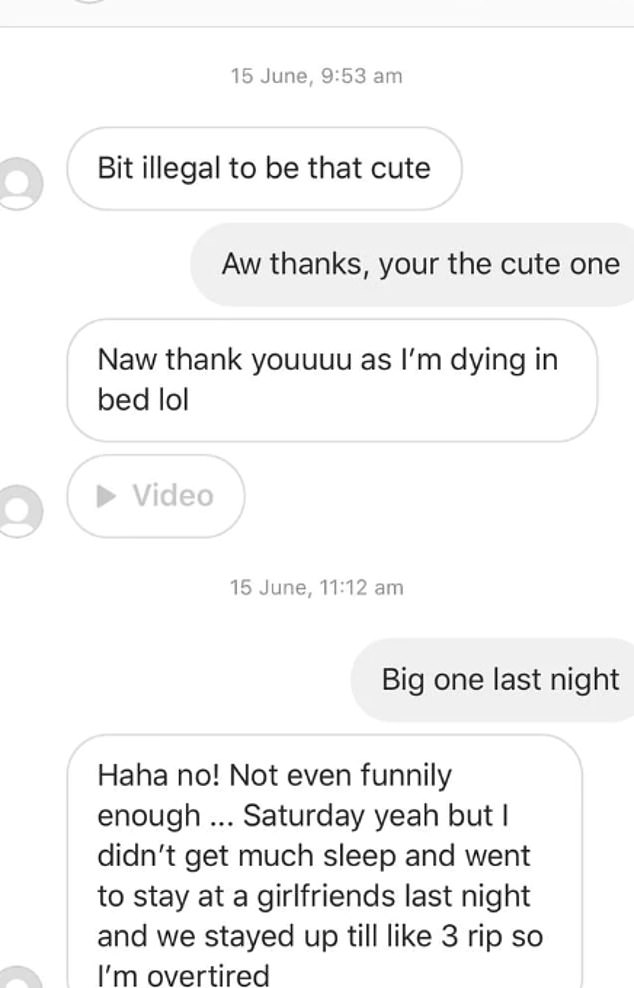 Robinson texts Staggs that it's illegal 'to be that cute' 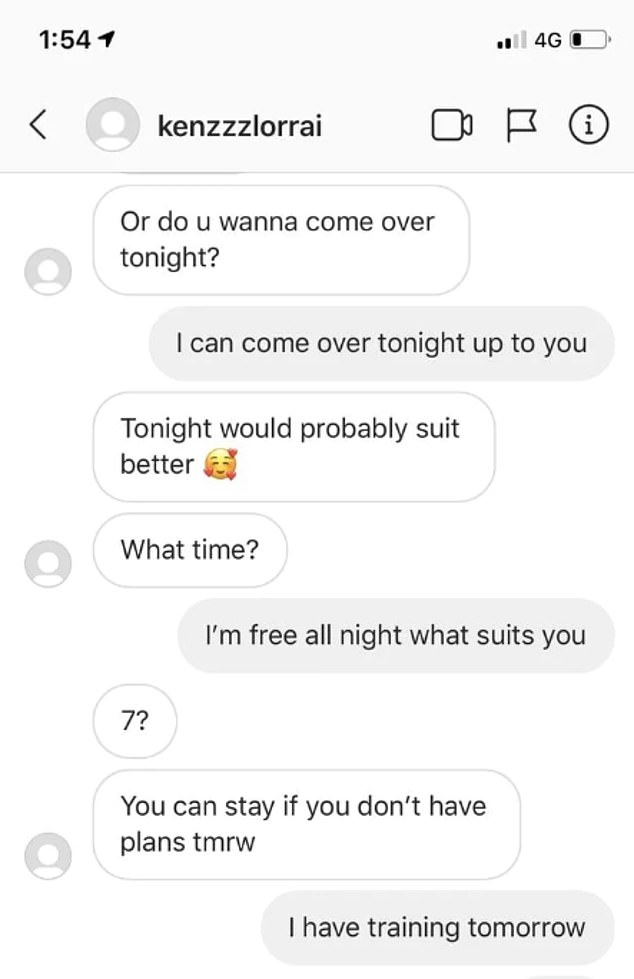 Robinson was fined $600 - the maximum penalty for the crime being a term of three years imprisonment.

Police prosecutor Sergeant Henri Rantala told the court Ms Robinson first messaged Staggs on Instagram on June 15 to tell him he was 'cute' after she saw him tagged in another person's photo.

The conversation continued well into the afternoon, and by that evening Staggs agreed to go to Ms Robinson's Newstead home.

Staggs spent several hours at the home and he agreed to be filmed engaging in consensual sex after Ms Robinson promised not to share the footage with anyone else.

Ms Robinson denies it was her idea to film their encounter, but accepted that she did make the recording and that it was on her phone.

The pair never met again, but Staggs later told police Ms Robinson bombarded him with between 30 and 40 messages over the following six weeks. 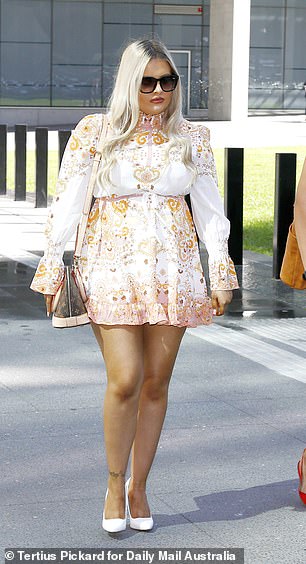 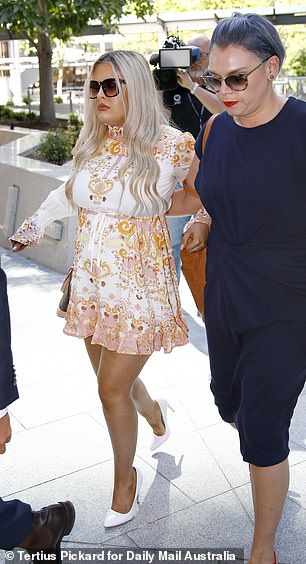 She arrived at court early on Friday morning wearing a bright floral mini dress and dark black sunglasses, flanked by her legal team 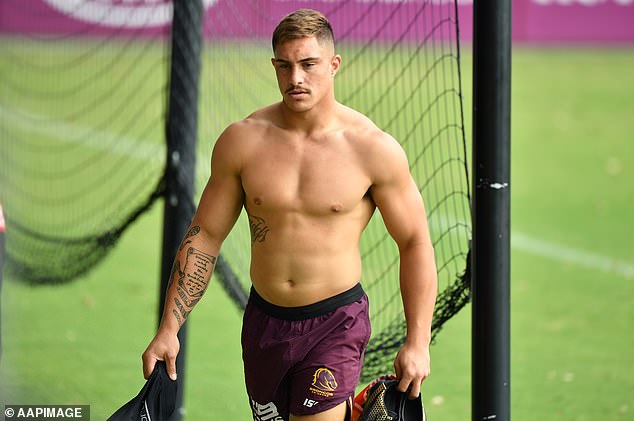 Despite the embarrassment for the up-and-coming Bronco, Staggs was cleared of any wrongdoing by the NRL's integrity unit after the video was released

In one message she included a snippet from the video that was filmed on the night.

Defence lawyer Jason Jacobson agreed that she messaged him over seven separate days to initiate conversation again and to invite him back to her home.

He told the court Ms Robinson had only arrived in Queensland 10 days prior to meeting Staggs after moving from New South Wales.

He said she came to Queensland to 'escape a difficult situation in New South Wales' which had resulted in a diagnosis of post traumatic stress disorder.

The court heard that Ms Robinson sent the vision to one person, who was not named but is at least double her own age, and that person then distributed the video further.

The person who received the footage was somebody that Ms Robinson had 'trusted', the magistrate heard. 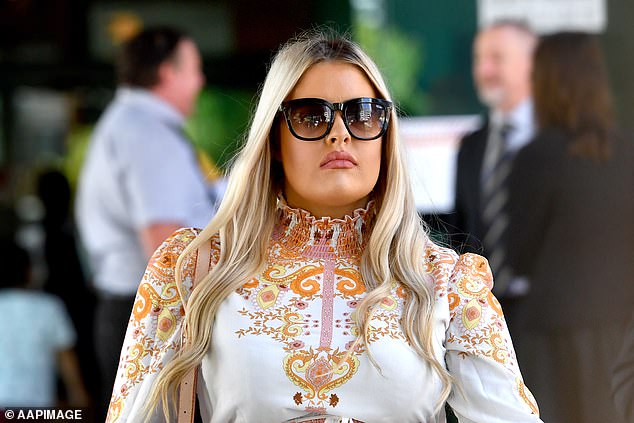 The court heard that Ms Robinson sent the vision to one person, who was not named but is at least double her own age, and that person then distributed the video further 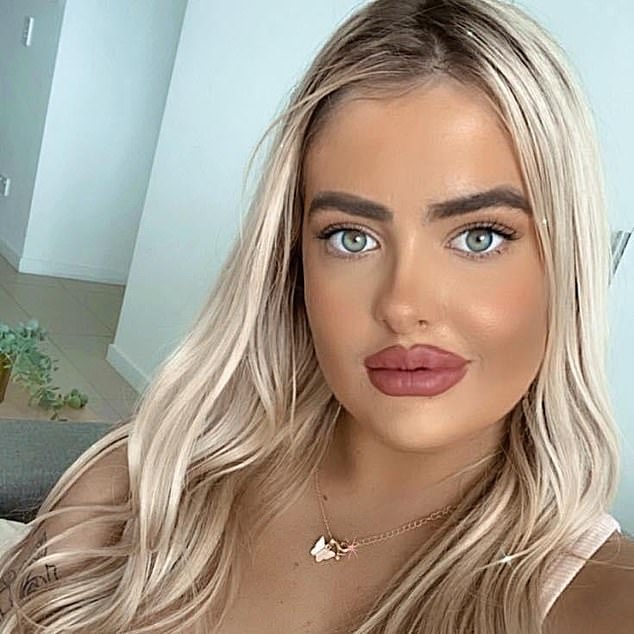 By August 4, it had been distributed to other sport clubs and across several social media platforms, the court heard.

While handing down her sentence, the magistrate said she hoped the ordeal had been a lesson for the teenager.

'This kind of behaviour on social media, that it is highly destructive,' Ms Privatera said.

'This recording is derogatory of more than just the victim. Do you understand what I'm saying?' she asked.

The magistrate also agreed there is no evidence that proved Ms Robinson knew Staggs was a high profile footballer when she first initiated a conversation with him.

'There is no evidence of intentional or spiteful behaviour on your part to cause the victim the damage that has been caused by the distribution of the recording,' she added. 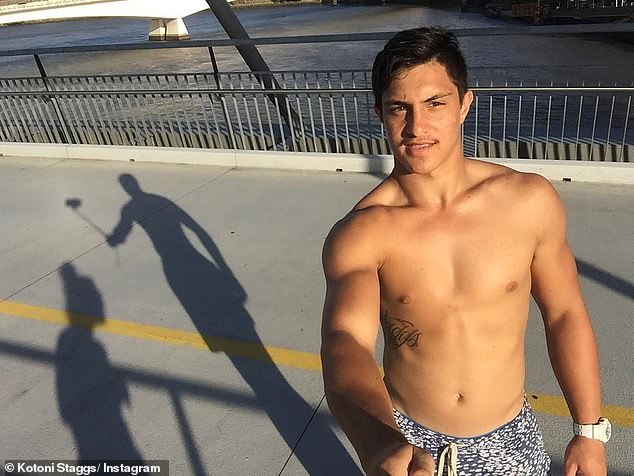