Five-month-old baby miraculously survives crash that killed her 29-year-old mum after her Toyota Landcruiser was pushed into a power pole Five-month-old survived horrific car crash that claimed life of the child's mother Emergency services were called to Lake Munmorah, on the NSW Central Coast   The young mother's car was pushed into a power pole and she died at the scene

A five-month-old girl has survived a horrific car accident that killed her young mum, after their 4WD was pushed into a power pole on a busy highway.

Emergency services were called to the Pacific Highway in Lake Munmorah, on the NSW Central Coast, at 8.15pm on October 16.

The 29-year-old woman was driving a Toyota Landcruiser with her daughter inside before it collided with a Subaru WRX. 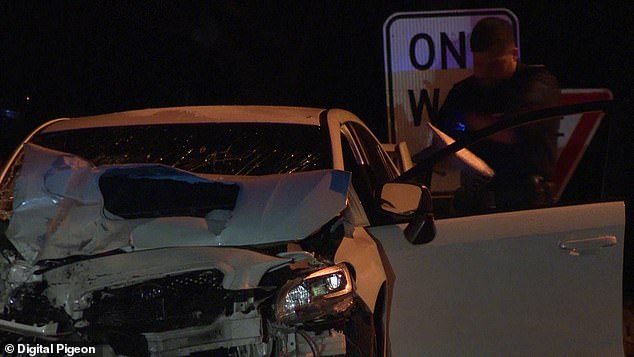 Emergency services were called to the Pacific Highway in Lake Munmorah, on the NSW Central Coast, at 8.15pm on