The Danish inventor jailed for the gory murder of a journalist on his home-made submarine was arrested after trying to escape from prison today.

Peter Madsen forced his way out of the jail by taking a female psychologist hostage with what he claimed was a pistol, before threatening guards by saying he had a bomb, Danish media says.

He was later seen in the open, sitting by a roadside while wearing a belt and surrounded by snipers, a few hundred yards from the prison in the Copenhagen suburbs.

A bomb squad arrived on the cordoned-off street while police faced off with the killer who dismembered Swedish reporter Kim Wall after she boarded his submarine in 2017.

Around three hours after his escape, police announced the stand-off was over and that Madsen had been arrested and driven away. 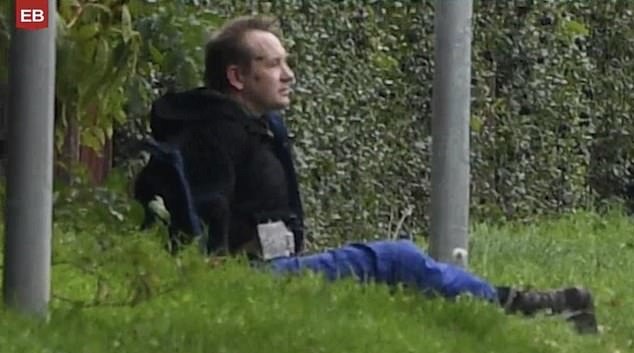 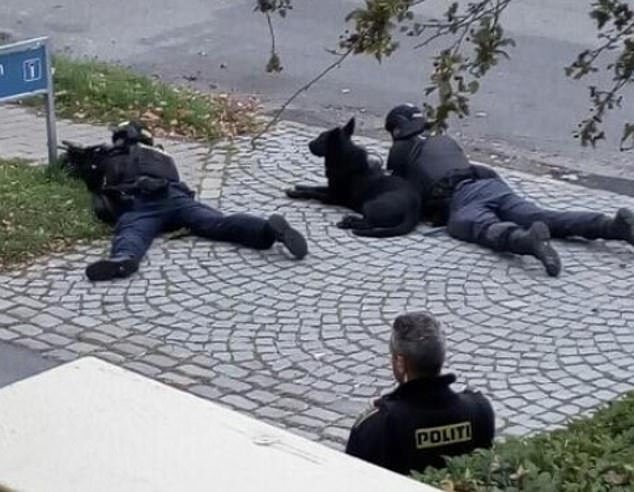 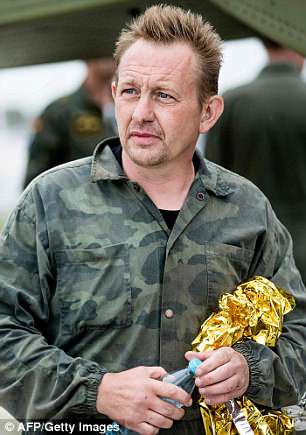 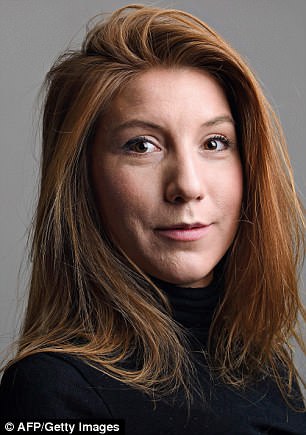 Madsen escaped from the prison by using an object that 'looked like a pistol' to convince guards that the psychologist's life was in danger, penitentiary director Hanne Hoegh Rasmussen told reporters.

Prison official Bo Yde Sorensen said Madsen was 'armed with a pistol-like object' and said guards were right to lock him out of the jail because there was an 'obvious risk to life'.

'It was very violent and the staff therefore choose to back off. We guess it was a dummy,' he told BT.

At a press conference this afternoon, police said Madsen had jumped into a van and was at large for five minutes until officers caught up with him.

Detectives have so far struggled to question the driver because he speaks little Danish, but he is not suspected of plotting with Madsen, police said.

What happened to the hostage is not clear, but Madsen was surrounded on the roadside grass after allegedly telling officers he was wearing an explosive device.

Witnesses said Madsen had managed to get away in the white van before police stopped him, wrestled him out of the vehicle and threw him to the ground amid shouting and screaming outside the prison.

Police dogs, trained negotiators and bomb disposal experts equipped with a robot were on the scene as they assessed Madsen's threat.

Authorities said at the press conference that Madsen had a realistic-looking bomb belt, but said it was likely to have been a dummy.

The exact nature of his 'pistol' was also unclear and police said they did not know whether Madsen had made it himself.

Once the stand-off ended, Madsen was taken back to a van and driven away, although he has not yet been questioned over the escape.

Denmark's justice minister Nick Hækkerup said the escape was 'deeply serious' and demanded an investigation from the probation service.