Celebrity financial guru who once had his own TV show and an award-winning business is fined $10,000 for lying about having a Master of Commerce Sam Henderson was fined $10k and placed on a two-year good behaviour bond He pleaded guilty in August to three offences over information in brochures He claimed to have a Master of Commerce degree - which he never actually held  Henderson has since been banned from providing financial services until 2022 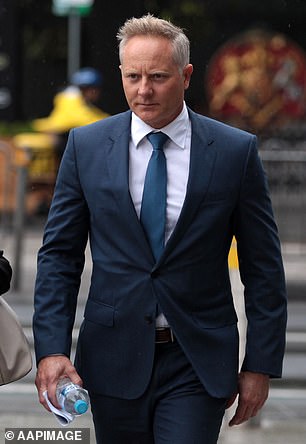 Celebrity financial guru Sam Henderson was fined $10,000 and placed on a two-year good behaviour bond over that lie told over several years

Celebrity financial guru Sam Henderson seemed to have it all - an award-winning business, his own TV show, and columns in major papers and magazines.

But - despite repeatedly claiming so - he never actually held a master's degree in commerce.

The Sydney-based former financial planner was on Tuesday convicted of three offences, fined $10,000 and placed on a two-year good behaviour bond over that lie told over several years.

He pleaded guilty in August over the information printed in brochures and PowerPoint presentations for his business, Henderson Maxwell.

The claim was also repeated by a freelance writer, who interviewed the North Curl Curl man for a management school.

PREV Biden administration may be more open to work with Canada on climate: BoC's Macklem
NEXT Australia strengthens ties with Japan in face of rising China