Beachgoers at Sydney's iconic Bondi Beach were left stunned on Thursday after dozens of Borats in very questionable mankinis briefly took over the famous stretch of sand.

The popular eastern suburbs hub was even re-branded ‘Borat Beach’ ahead of tomorrow's movie release in more than 200 countries and territories globally. 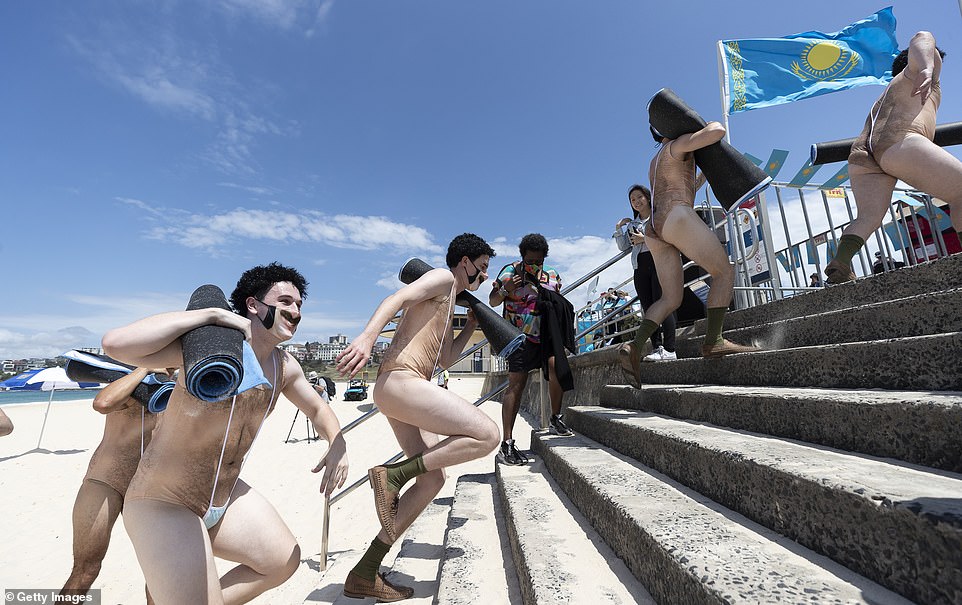 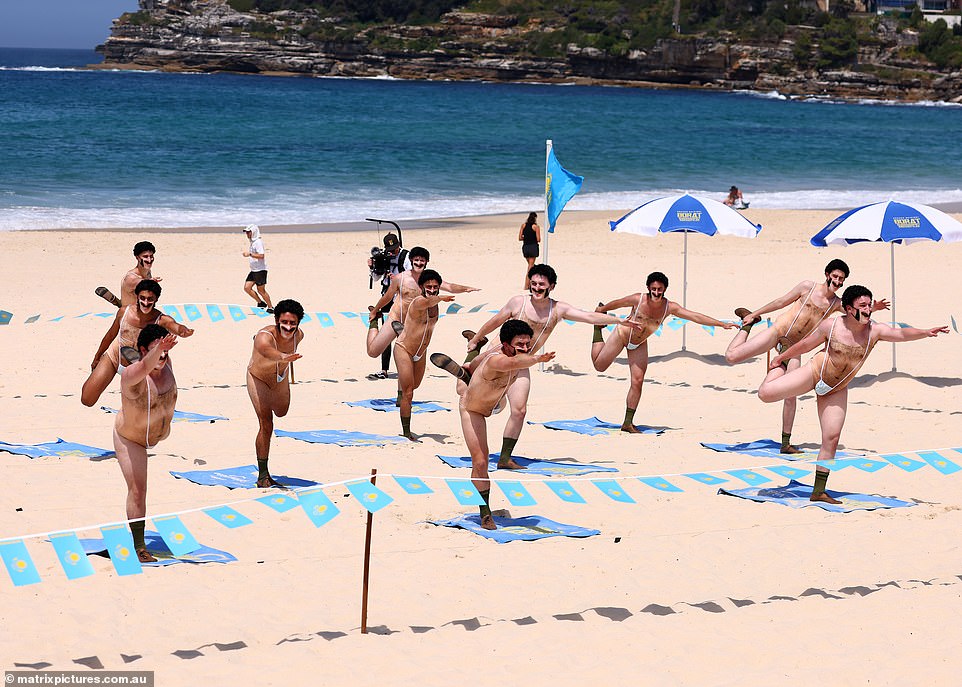 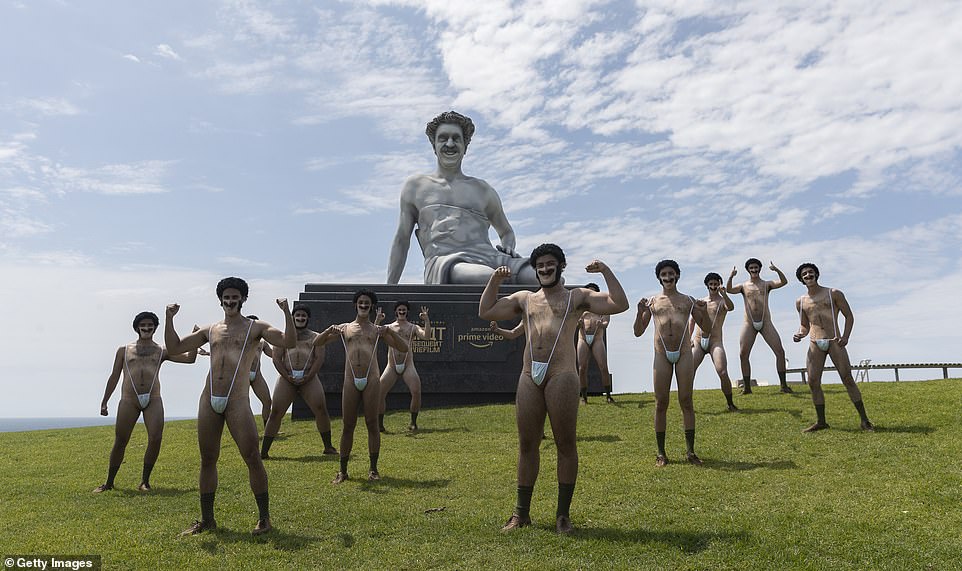 A six metre high statue of Borat (pictured above) now sits at the top of Marks Park in Bondi. The statue arrived via helicopter in what was a grand entrance 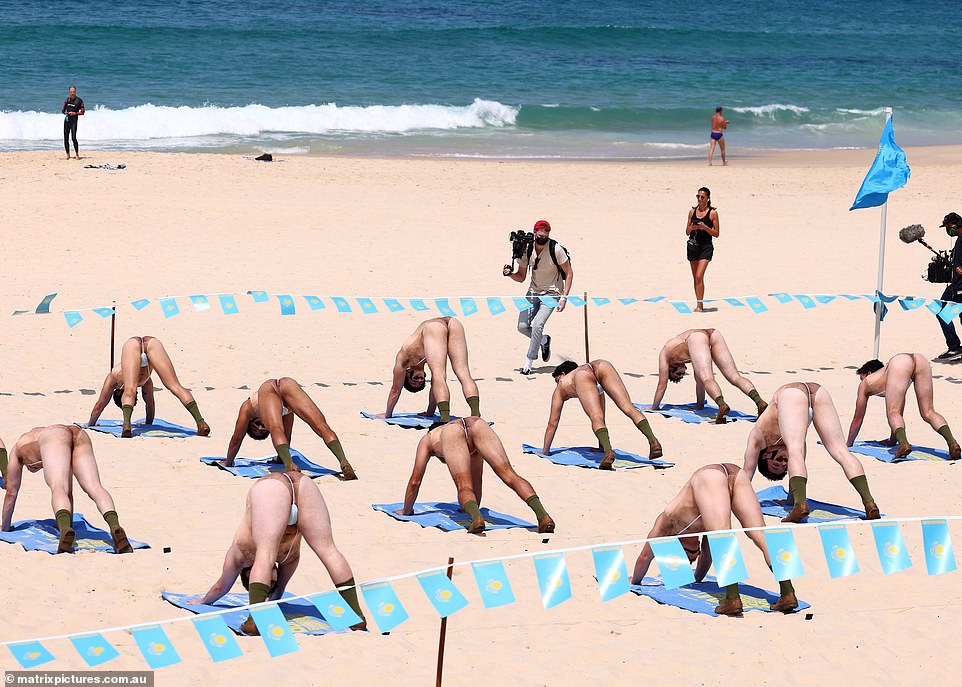 Bondi Beach wasn't a place for the faint-hearted on Thursday, with a number of