Finally, justice for baby Rijul: Evil stepfather who raped 11-year-old girl – who then gave birth to a boy in a public bathroom but choked him to death on toilet paper to stop him crying – is jailed Mechanic jailed for eight-and-a-half years for sexually abusing his stepdaughter  Abuse started when she was 11 for five years and she gave birth to his baby son She gave birth in a toilet block in Kambalda then suffocated him with toilet paper Investigators named the baby 'Rijul' with the case remaining a mystery for years

A man who routinely raped his 11-year-old stepdaughter, who killed their baby in a toilet block by suffocating him with toilet paper, has been jailed.

The 56-year-old, who cannot be named to protect the identity of his victim, was sentenced to eight-and-a-half years in jail for sexual abuse on Thursday.

Perth District Court heard the mechanic began raping his victim in 1992, when he was 28 and she was 11, at their family home in the Great Southern region of Western Australia.

The abuse lasted for five years and took place in the home, at the man's workshop and on a family holiday to Bali when the victim was 12. 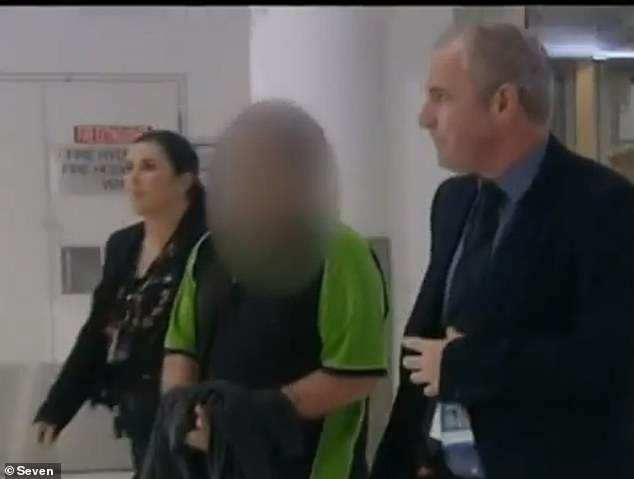 When the victim was 14 she fell pregnant with the man's child and kept it a secret, before giving birth to a baby boy in the toilet block at Kambalda Caravan Park in 1995.

The mother put toilet paper into the baby's mouth to stop him from crying, which suffocated him, before leaving him in a toilet.

The body of the newborn, who was named Rijul by investigators – meaning 'innocent' in