For nearly 70 years, the residents of two hamlets separated by a narrow river have used an iron bridge to visit each other.

But they have been left fuming after suddenly being told they must pay £780 a year each to use it – or face a ten-mile detour.

The pretty bridge provides a convenient shortcut for residents of 13 properties in Brandon Bank, Norfolk, and 35 homes in Little Ouse, Cambridgeshire, to cross the county line – many using it to commute or for the school run.

But now they will be banned from it unless they pay the 'outrageous' charge imposed by the South Yorkshire Pensions Authority (SYPA), which owns a 13,000-acre estate that the Little Ouse river winds through. 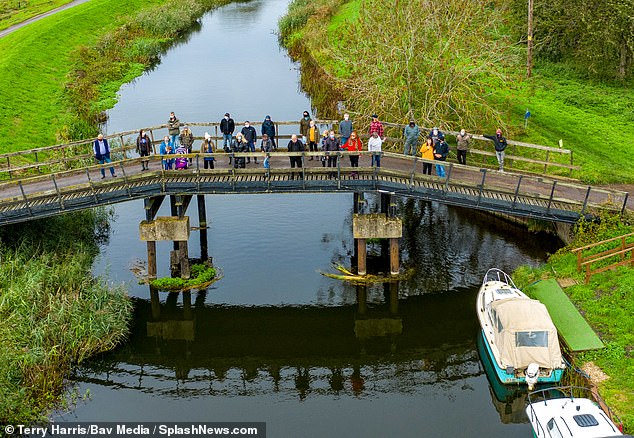 The bridge provides a convenient shortcut for residents of 13 properties in Brandon Bank, Norfolk, and 35 homes in Little Ouse, Cambridgeshire 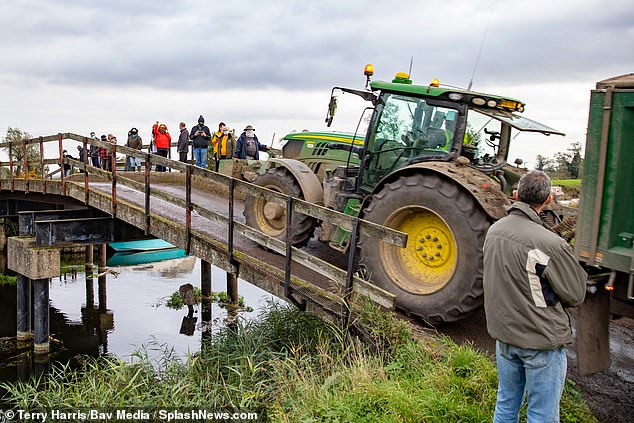 For £780 – a £650 base cost plus VAT – homeowners will be issued with two key fobs to cross a gate that is being installed by a contractor. Extra fobs are £90 each.

Farmers, who drive tractors and sugar beet lorries over the 60ft bridge, are even worse off as they face a £3,000-a-year toll to use the bridge, which was previously free.

A letter from property consultants Bidwells, acting for SYPA, announced: 'The gate will be installed on the Norfolk side of the river on the private road and access will only be gained by using a key fob.

'To ensure that vehicles do not meet on the bridge, traffic light signals will also be installed, which will signal when there is oncoming traffic approaching.

'Those wishing to continue using the bridge to access their properties will have to pay a contribution towards the annual maintenance of the bridge.'

It also warned the steep annual fee depended 'on