A mother-of-two who claims her multimillionaire ex promised her half his fortune in letters written from prison 25 years ago is now fighting him in court over an £8million property empire.

Nicola Oberman said she and estate agent turned property tycoon Shaun Collins are equal owners of a string of more than 40 Kent and London properties purchased during 22 years together.

Ms Oberman, 53, of Wilmington, Kent, who started dating Mr Collins, also 53, in 1995, stuck with him when, after they had been together for a year, he hit rock bottom and did time in jail for fraud.

Over the following two decades, they had two children together as the family finances grew, but never married. 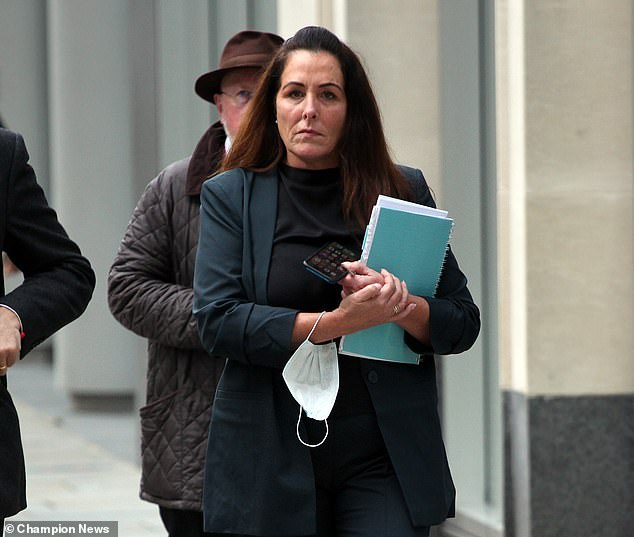 Nicola Oberman, 53, claims her multimillionaire ex Shaun Collins promised her half his fortune in letters written from prison 25 years ago is now fighting him in court over an £8million property empire

The pair split in 2015 and she is now suing him, claiming she was promised a '50/50 share' of 41 properties she said they acquired and managed together as a business during their time as a couple.

She said she helped run the property business as an equal partner right from the start - beginning when he was still in prison - and put in vital injections of cash.

And she insists she was promised half the property empire would be hers despite them not being married, with the promises dating back to letters he sent her from his prison cell.

But Mr Collins denies her claim, insisting he 'solely conducted the entire business' himself with little help from her, and branding her a 'stay at home mother' who 'did not like working.'

Lawyer Jack Watson, for Ms Oberman, told London's High Court that Mr Collins had worked as an estate agent before receiving a six-month sentence for mortgage fraud in 1996.

While behind bars, he sent Ms Oberman a series of letters mapping out plans for their future together and the business they would build, the barrister told Judge Tom Leech QC. 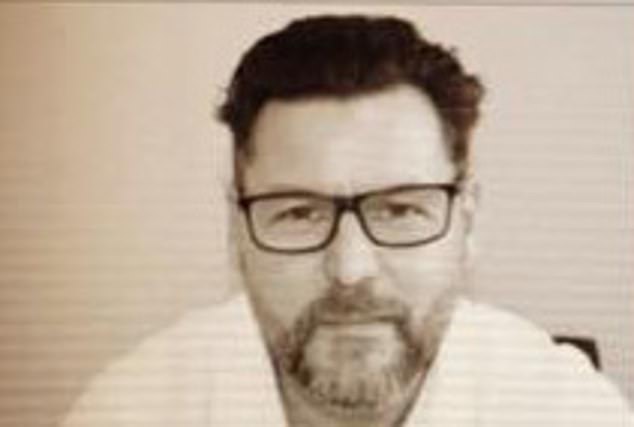 'Following Mr Collins' release from prison, he came to live with Ms Oberman and was reliant upon her for financial support,' he told the judge, adding that in the years following his release Ms Oberman sold her flat in Wessex Drive, Erith, and poured the money into the joint business.

She also put in money gifted by her parents and toiled untold hours unpaid on the basis that the property portfolio they were building was equally owned, Mr Watson told the judge.

'Over a period of nearly twenty years, Mr Collins continuously represented both by his express communications and by his conduct that Ms Oberman was the joint owner of the portfolio as part of a common business endeavour,' he continued.

'This took the form of express discussions between them, letters from prison at the outset of the relationship [and] continued representations during the relationship both to Ms Oberman and to third parties that the portfolio was jointly owned.

'Ms Oberman plainly relied upon that in the way she conducted her life for the period of the couple's relationship.

'She made numerous financial contributions to the portfolio and carried out considerable unpaid work.

'While in prison, Mr Collins sent a number of letters to Ms Oberman and they discussed the business they would build together.

'Mr Collins wrote to Ms Oberman informing her that there would

PREV Everything you need to know about Pfizer's Covid vaccine breakthrough
NEXT Texts North Queensland Cowboys star sent club staffer after having sex with her ...