Boyfriend of North Carolina mother-of-two, 38, is arrested for murder three months after she was found unconscious in a bathtub and later died from a blow to the head John Curtis 'Jay' Tolson, 28, charged with second-degree murder in the death of LeeAnn Fletcher, 38, in late July  Fletcher, a mom-of-two, was found unresponsive in the bathtub and died from blunt force trauma three days later  Coroner concluded Fletcher's death was caused by a blow to the head that could have been either accidental or intentional  Fletcher's family suspected foul play and blamed her boyfriend, Tolson, for her death, but no arrest initially came Relatives hired a private investigator and went to Fletcher's house in Kitty Hawk, North Carolina, where they found blood on mattress and bedding   Tolson was arrested on Monday in Maine after grand jury returned an indictment

Three months after a North Carolina woman was found unconscious in a bathtub and later died of injuries to the head, her boyfriend was arrested in Maine on Monday and charged with her murder.

John Curtis 'Jay' Tolson, 28, was taken into custody in Bangor after the Dare County Grand Jury in North Carolina returned an indictment, charging him with one count of second-degree murder in the July death of 38-year-old LeeAnn Fletcher.

Fletcher, a mother-of-two, was found unresponsive in her home in Kitty Hawk on July 22. 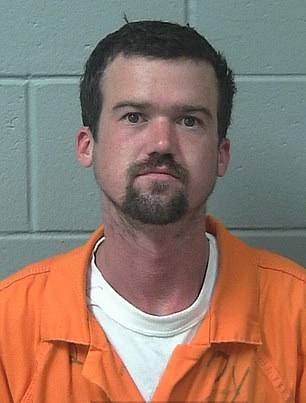 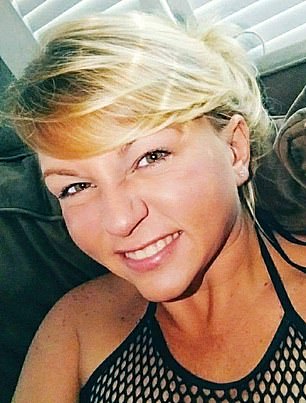 John Curtis 'Jay' Tolson, 28 (left), has been charged with second-degree murder in the blunt force trauma death of his girlfriend, LeeAnn Fletcher, 38 (right), in late July

She succumbed to her injuries three days later at Norfolk General Hospital in Virginia, and her autopsy found that her death was caused by a blow to the head that could have been either intentional or accidental.

Tolson, who had been dating Fletcher, was the one who called 911 to report that he had found her unconscious in the bathtub, reported The News & Observer.

'My friend, she’s laying in