Trump supporters were spotted jamming up freeway and blocking bridges in several Democratic states on Sunday just two days before the election.

Videos posted to social media captured vehicles traveling together in convoy with many flying pro-Trump flags and insignia. 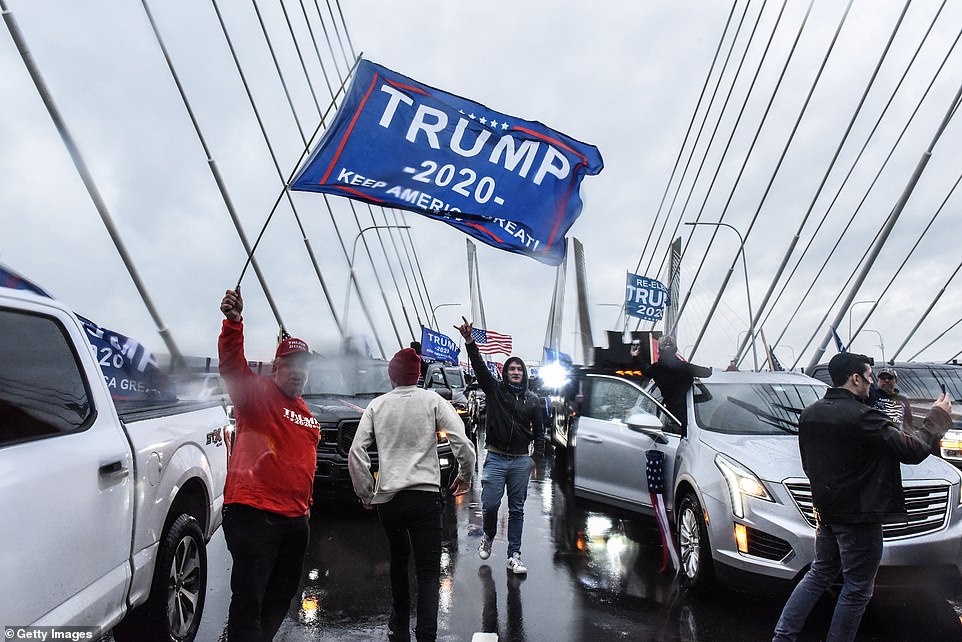 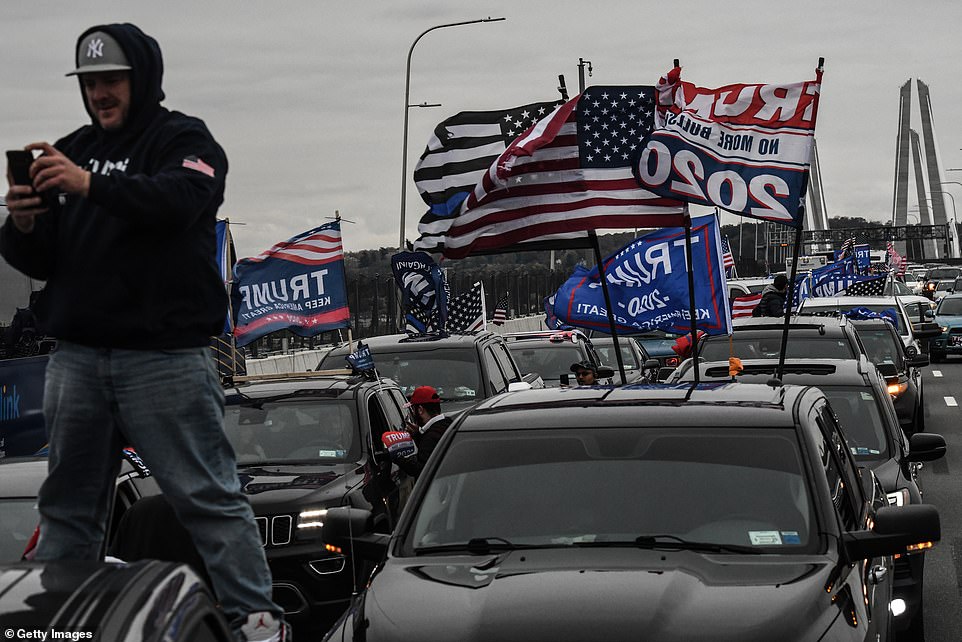 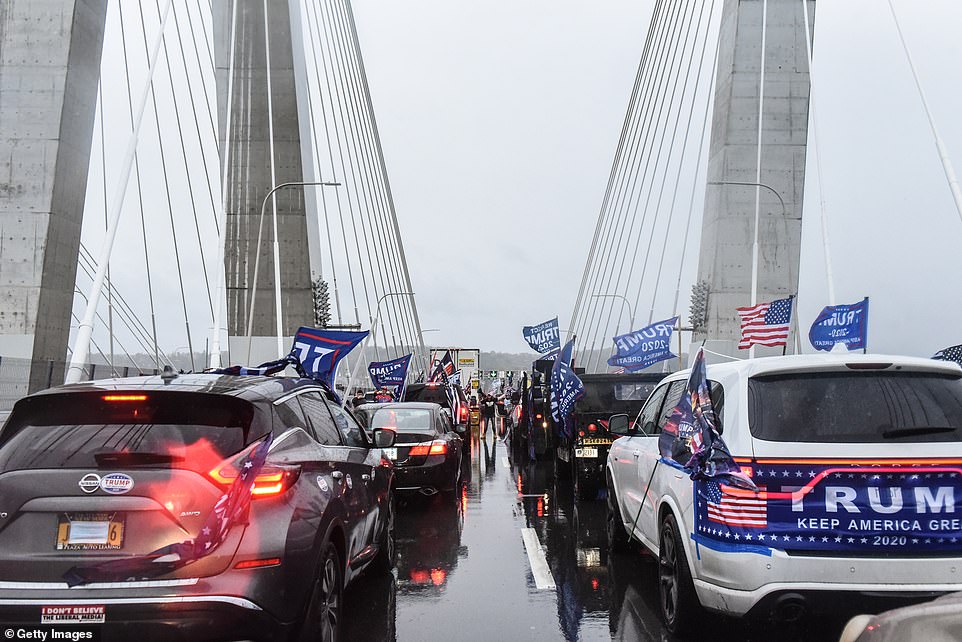 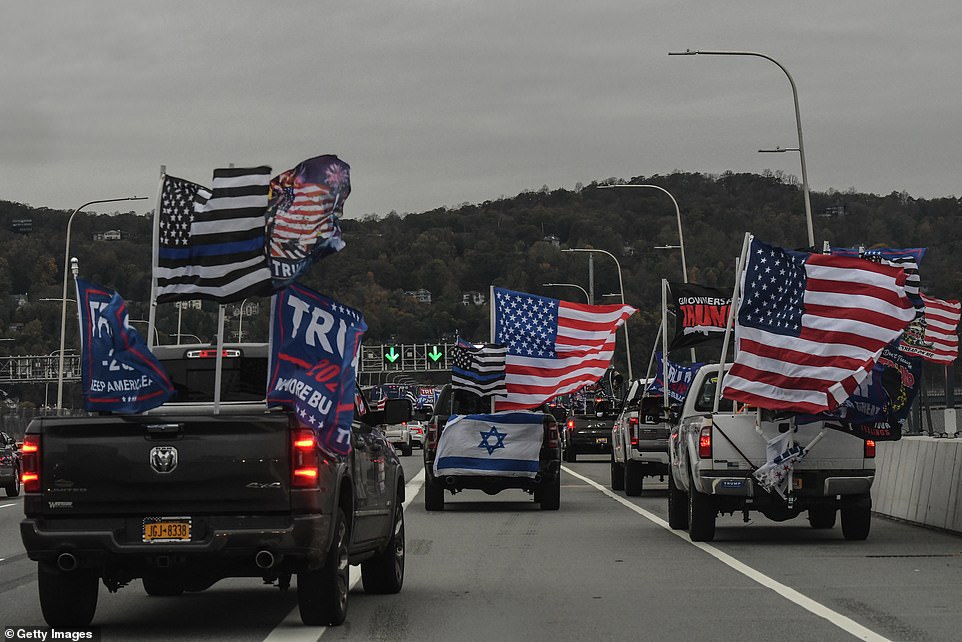 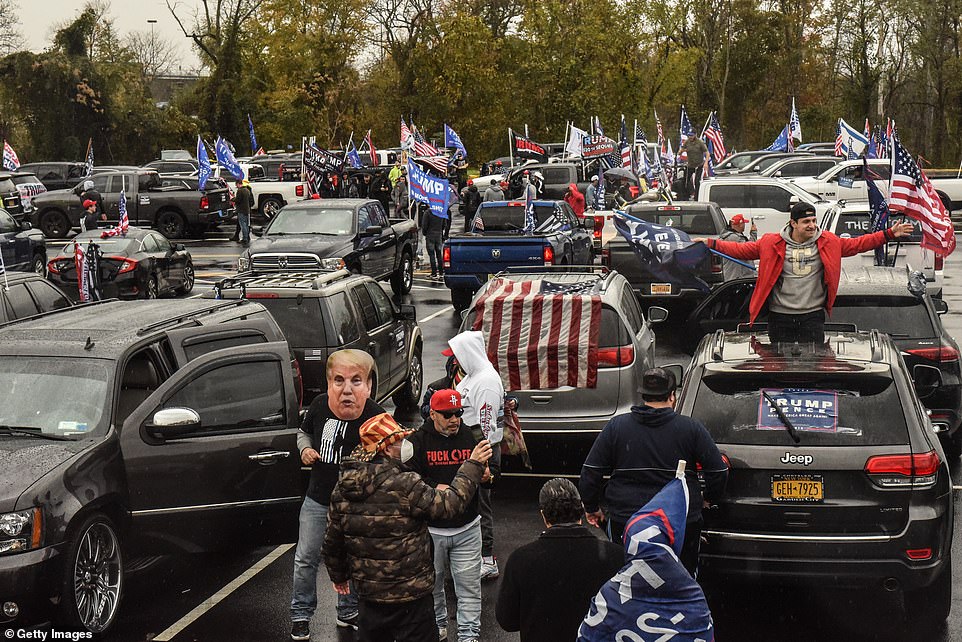 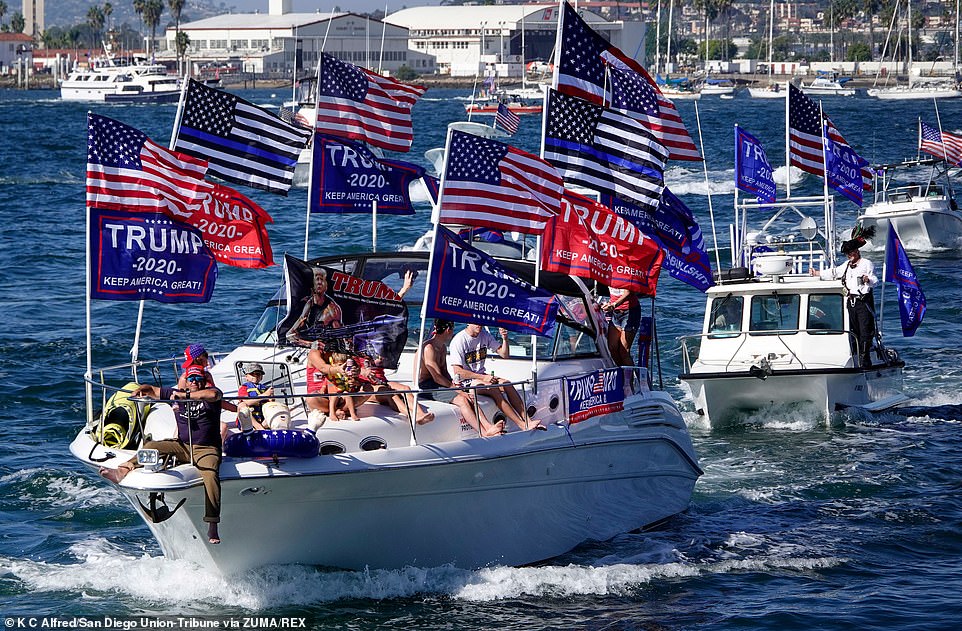 People show their support for President Donald Trump during a Trump Boat Parade in San Diego Bay on Sunday, 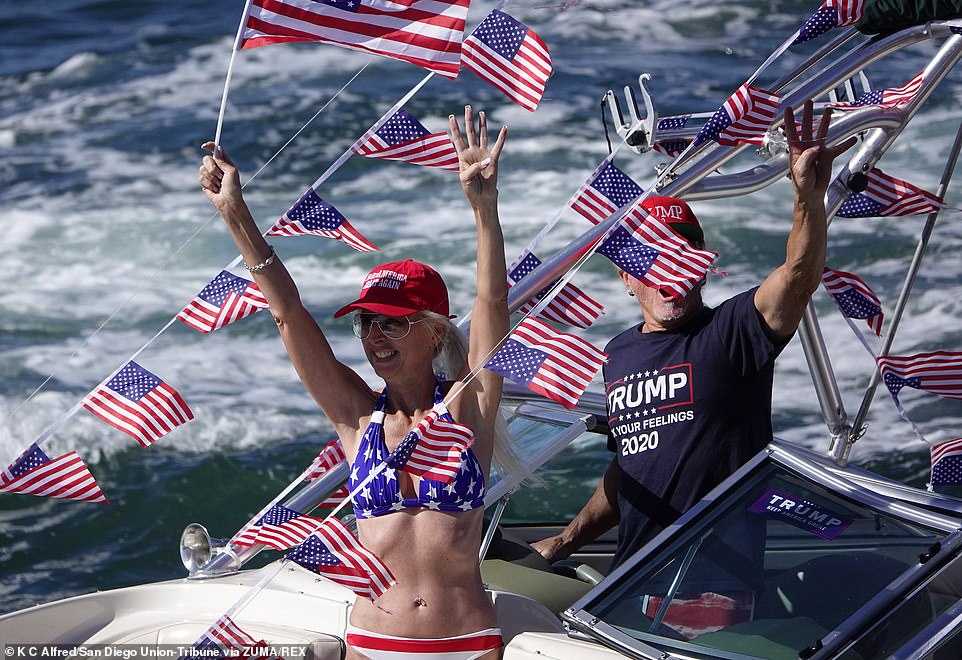 In San Diego the parade drew hundreds of boats, which spread out across the bay while spectators lined the waterfront 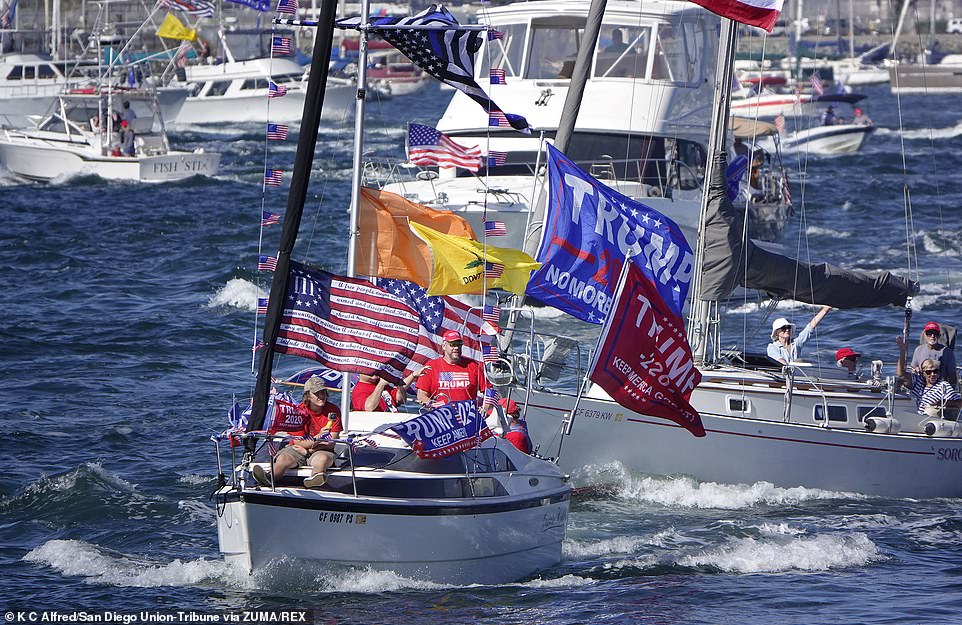 Trump 2020 and U.S. flags adorned some of the vessels — from large yachts to small boats

People who were participating in a pro-Trump convoy got out of their cars on what would normally be busy freeways to wave 'Trump 2020' and pro-police flags.

The stopped convoys created traffic jams as people deliberately got out of their cars on the major motorways.

Video shows some people standing on top of their cars to wave flags. 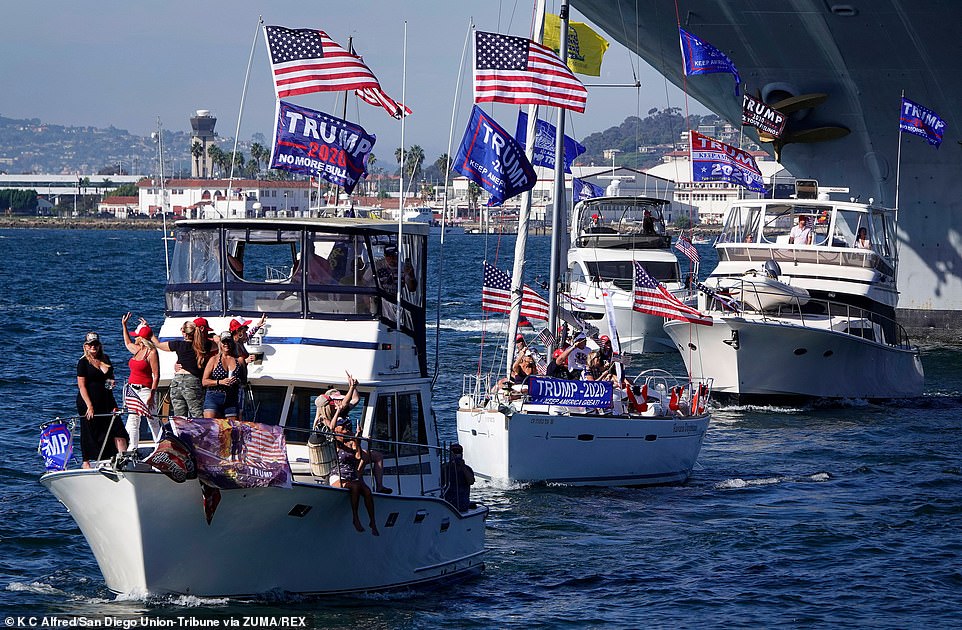 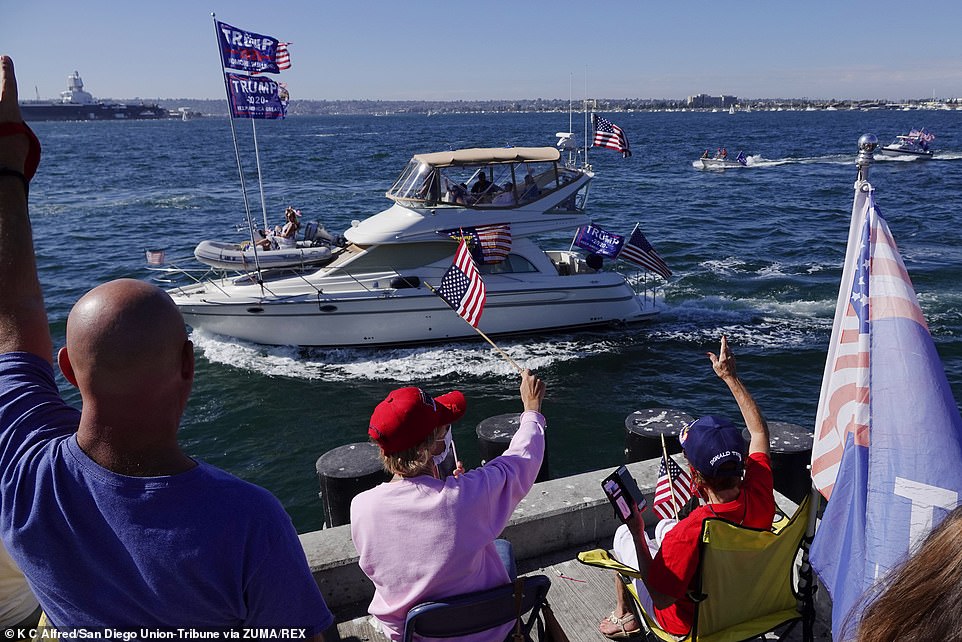 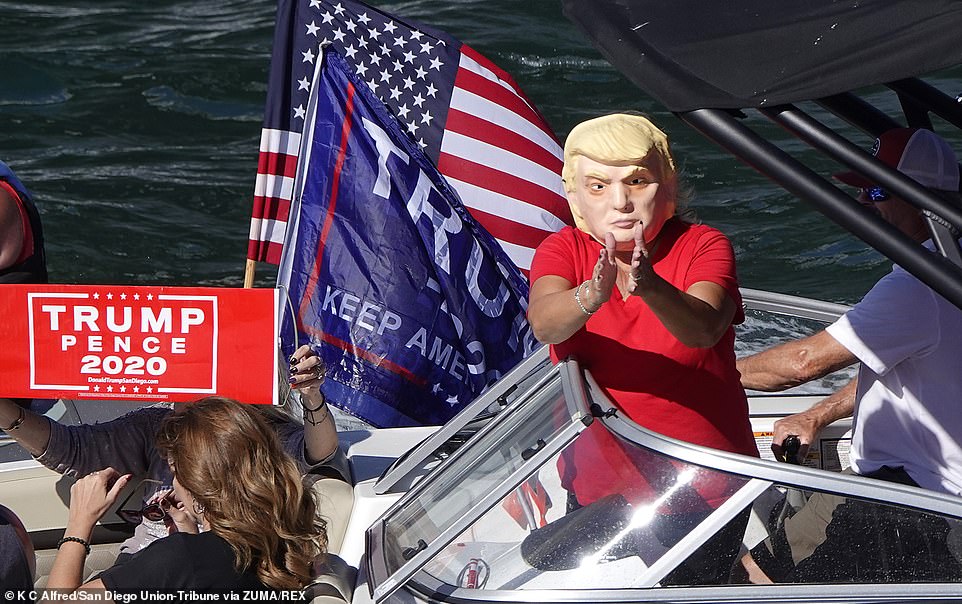 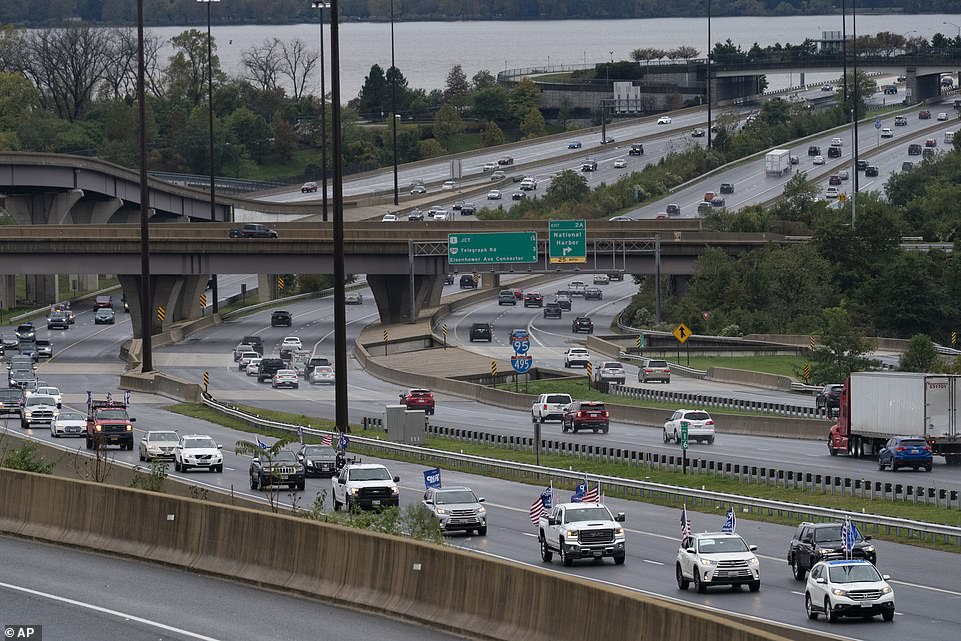 Supporters of President Donald Trump with decorated vehicles, caravan on the I-495 Capital Beltway in Fort Washington, Maryland 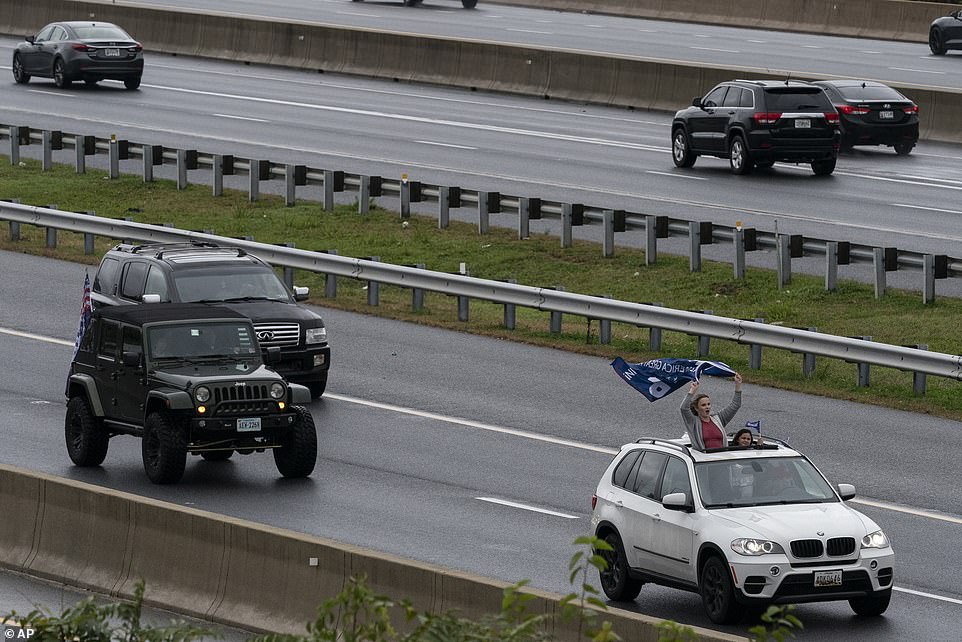 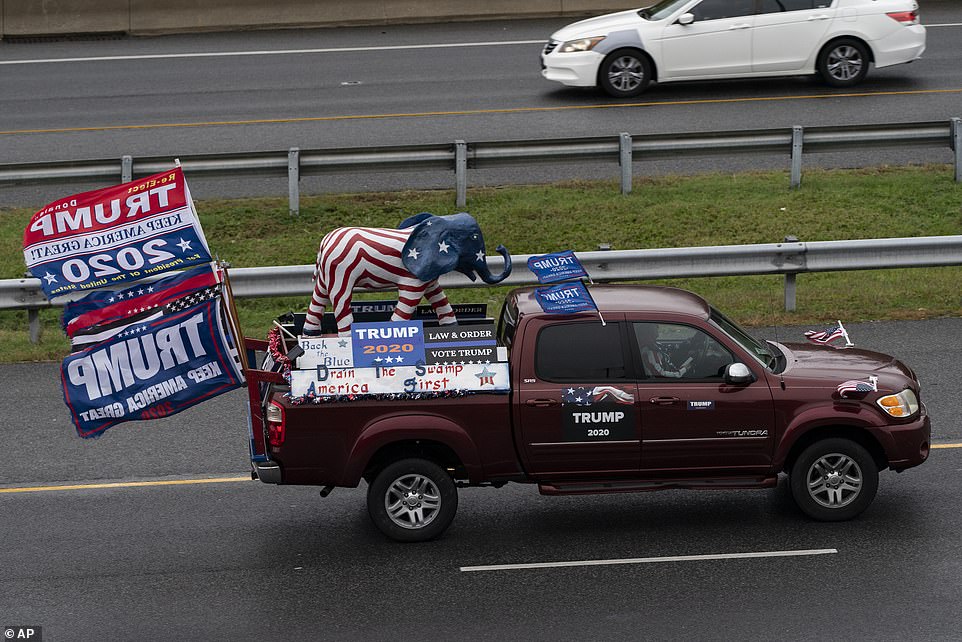 One pickup truck was festooned with signs reading 'Drain the Swamp' and 'Law and Order' and had a red, white and blue elephant statue in its truck bed. 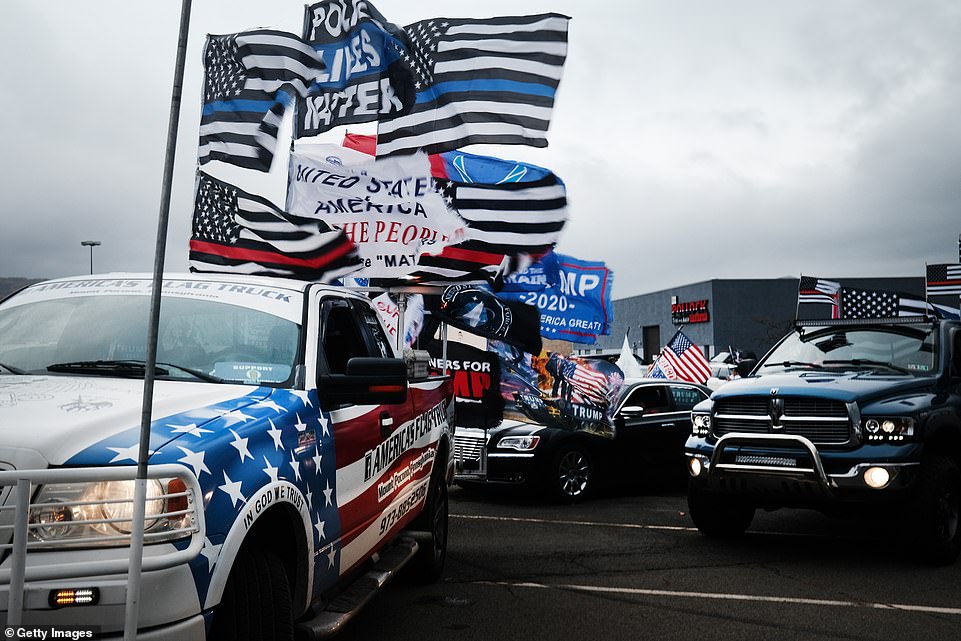 Supporters of President Donald Trump participate in a car and motorcycle rally at in Wilkes-Barre, Pennsylvania

In New York, Trump supporters filmed a line of cars with pro-Trump flags between Seaford and Montauk in Long Island. The convoy was also seen along nearby Route 25.

North of Manhattan, a caravan calling itself Jews for Trump could be seen traveling across the Mario M. Cuomo Bridge near New York City.

A caravan of around  a thousand vehicles stretched out from Rockland County to Westchester County in New York, rallying for president Trump before then shutting the bridge down.

The same group also managed to shut down the Brooklyn Bridge for a period of time. 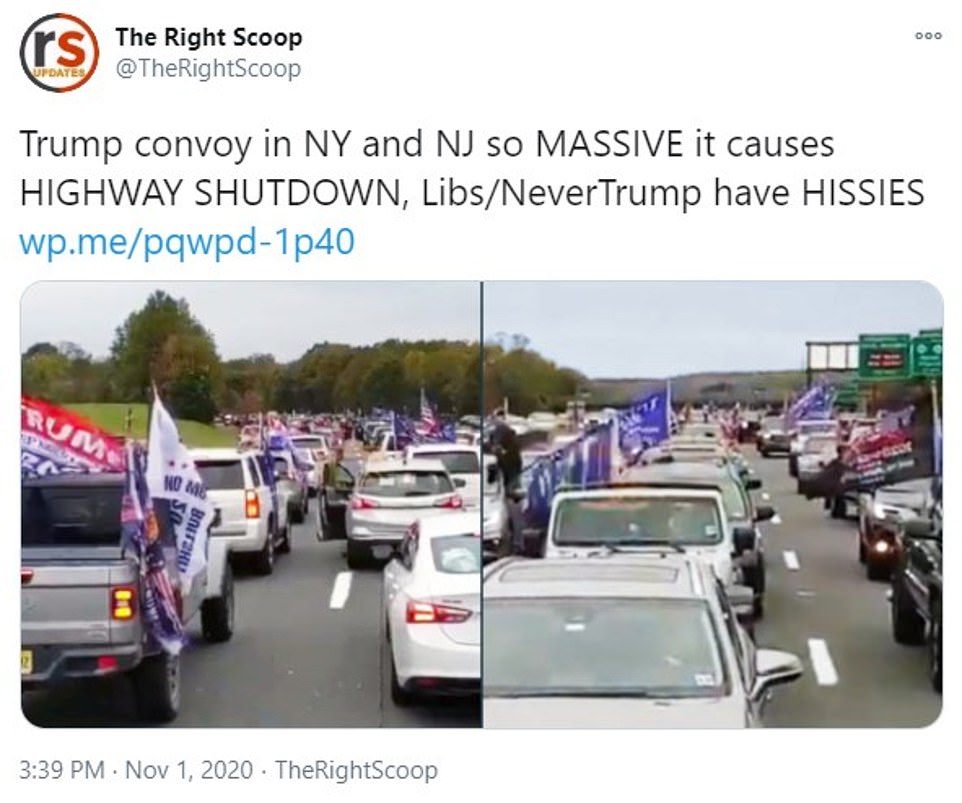 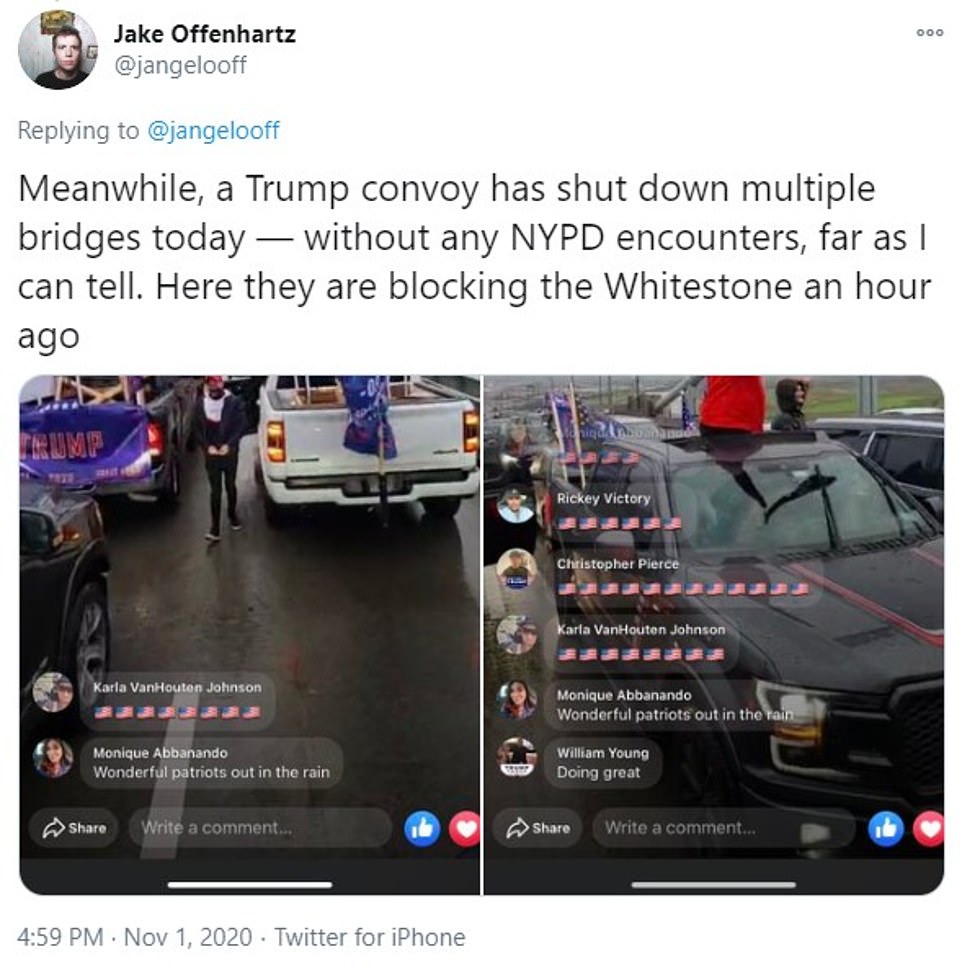 The Bronx–Whitestone Bridge, a suspension bridge in New York City, carrying six lanes of Interstate 678 over the East River was shut down for a time as the Trump convoy passed by 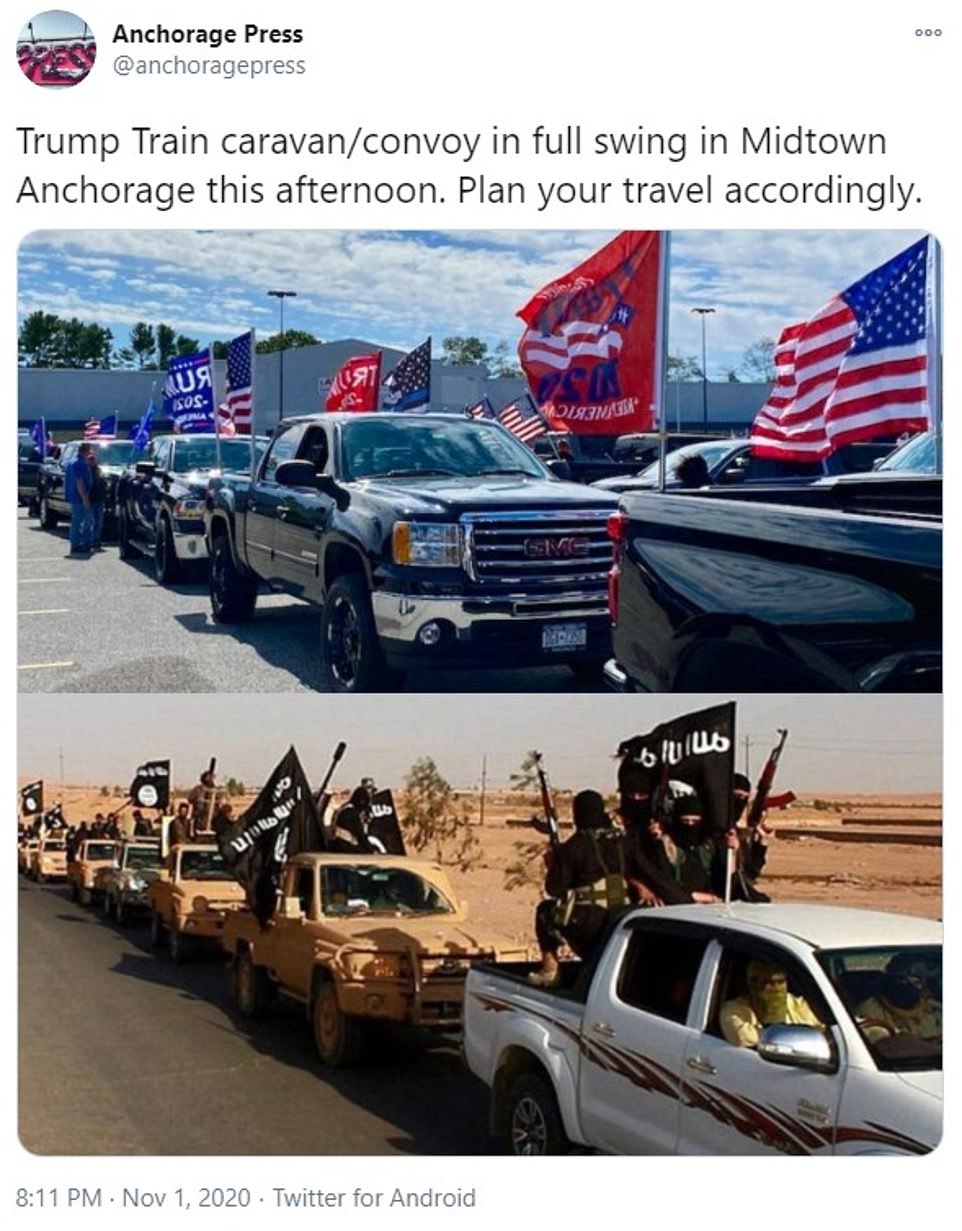 A Trump convoy was spotted in Anchorage, Alaska with one user comparing it to Isis

'What was seen in New York was aggressive, dangerous, and reckless

FTC: Robocallers are now pretending to be Apple and Amazon