Rock'n'road! Couple get out of their car to jive in a traffic jam after crash causes 11-mile motorway tailback The unknown pair were filmed doing a jive on the M62, West Yorkshire  While some found the dance endearing others criticised 'dangerous' behaviour Tailbacks formed on east bound Friday after a crash at Junction 11 west bound

A dancing pair of motorists have been branded 'clowns' after they got out of their car to jive on the motorway following a road traffic accident.

The pair were clearly feeling the rush hour blues as they stepped out of their car in bumper to bumper traffic on the M62 in West Yorkshire on Friday.

Happily enjoying an impromptu dance the pair entertained and infuriated as they took centre stage on the east bound carriageway.

The video received a mix response after being shared to social media as some claimed the pair were endangering lives whilst others said they were bringing joy to the people watching.

Another social media user speculated that the pair were probably 'on the way back from Blackpool', the home of ballroom dancing.

No music could be heard and it was unclear whether the couple were making up the steps or listening to wireless ear buds. 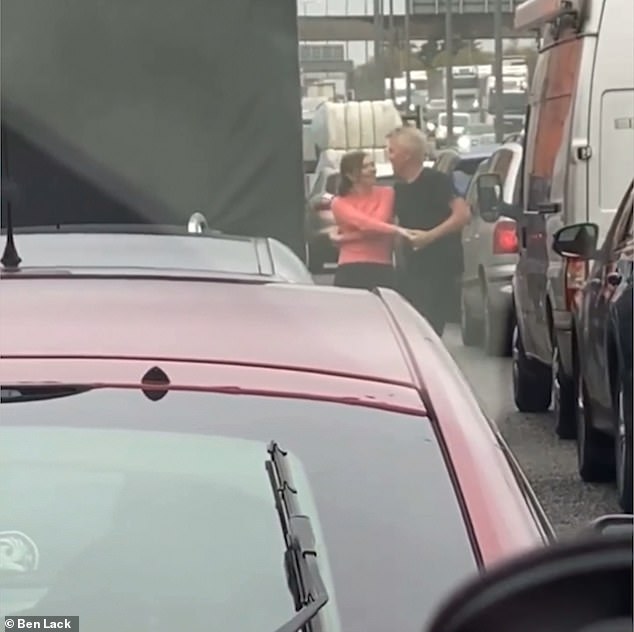 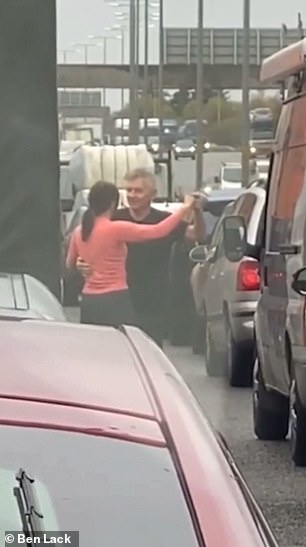 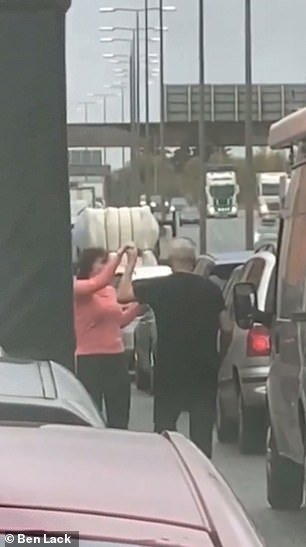 PREV Russia's 'sausage king' tortured to death after being shot with a crossbow ...
NEXT Texts North Queensland Cowboys star sent club staffer after having sex with her ...