From a highly-rated European raider to a tough Aussie mare, a precocious Irish youngster to the big omen bet and a country-trained bolter - Tuesday's Melbourne Cup is a minefield for the millions of people trying to pick a winner.

Irish trainer Aidan O'Brien has the top two runners with bookmakers in Tiger Moth and Anthony Van Dyck, but there's at least five other runners that could yet challenge for favouritism in late betting on Tuesday.

At the top of the pile he puts Tiger Moth, believing it can follow in the hoof prints of other rising four-year-olds from Europe in taking out Australia's biggest race.

Rekindling did it 2017, Cross Counter in 2018 and Il Paradiso almost made it three in a row when he was narrowly beaten last year. 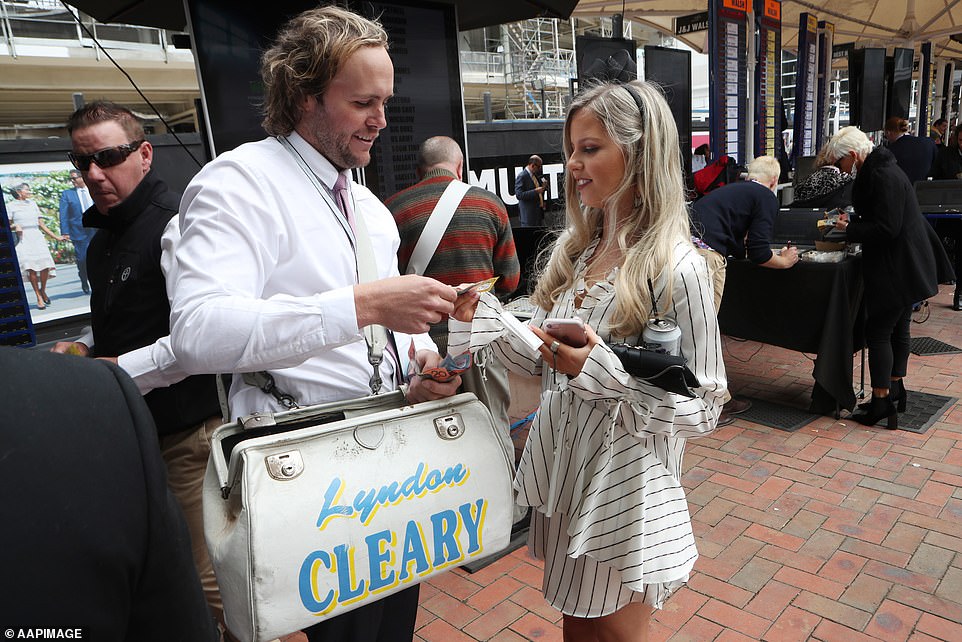 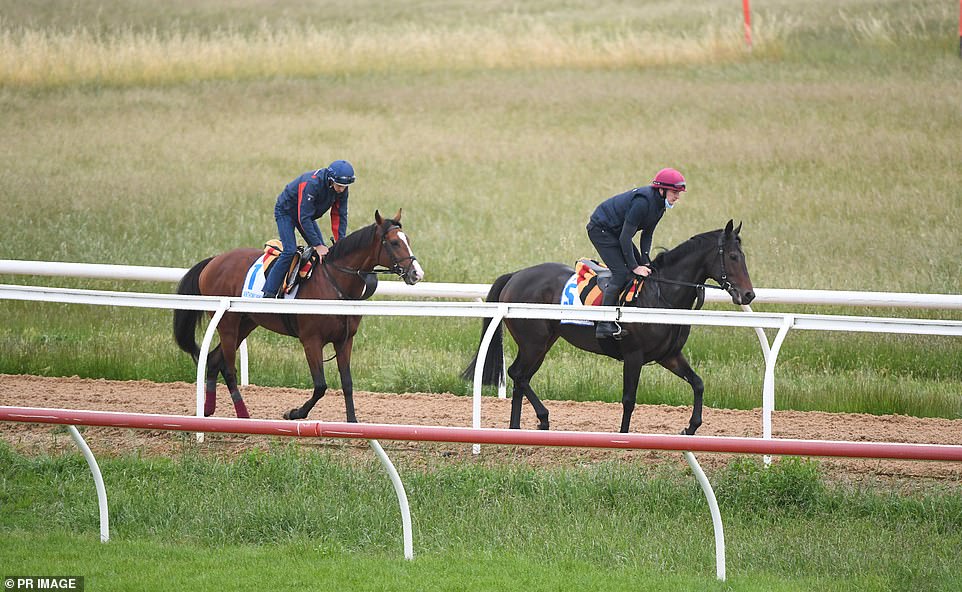 Stablemates Anthony Van Dyck (left) and Tiger Moth (right) train together at Werribee on Monday. The Aidan O'Brien gallopers are the top two fancies in betting for the Melbourne Cup

It is belief in this four-year-olds precedent that has form analysts backing Tiger Moth, despite the fact he has only had four races in his life - a level of inexperience not seen in a Melbourne Cup winner for over a century.

'History would say, with the likes of Cross Counter and Il Paradiso last year, that the Northern Hemisphere four-year-olds, getting in with their light weight, are strong chances,' Marshall told Daily Mail Australia.

'(The inexperience) is not ideal but you just have to trust Aidan O’Brien’s team that he’s the right horse for this race.

'He will have to break all records, but he won by four lengths last start against a real quality field, and before that he was second in an Irish Derby.'

Tiger Moth's stablemate Anthony Van Dyck is a more mature prospect, and has the benefit of a local run, having run an impressive second to Verry Elleegant in the Caulfield Cup on an unsuitable soft track.

He will have to carry 58.5kgs to victory - something last done by Think Big in 1975 - but has drawn ideally in barrier 3, and he has the services of jockey Hugh Bowman - the man who guided Winx to most of her record-breaking tally of wins.

'This is the highest-rated stayer to ever come over for the Melbourne Cup,' Marshall said.

'In the Caulfield Cup he took it right up to Veerry Elleegant and pushed her all the way, and his European form suggests that with a good barrier he’s going to be in this a long way and he will be able to carry that weight.'

Verry Elleegant, the Sydney mare who beat him at Caulfield, is again one of his main rivals. 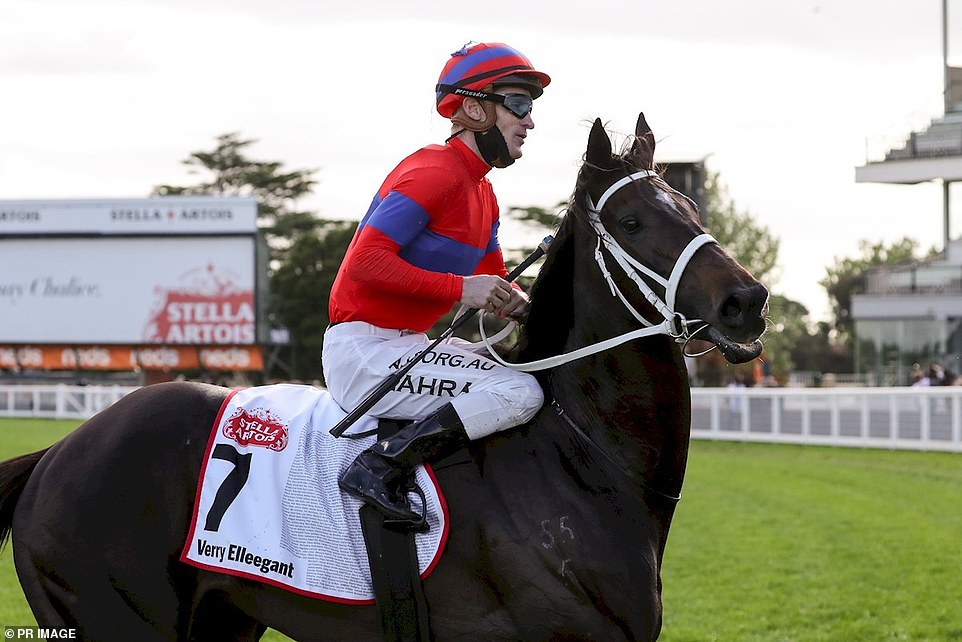 Verry Elleegant returns to the winner's circle after victory in the Caulfield Cup. The gritty mare is among the leading local chances to win the Melbourne Cup 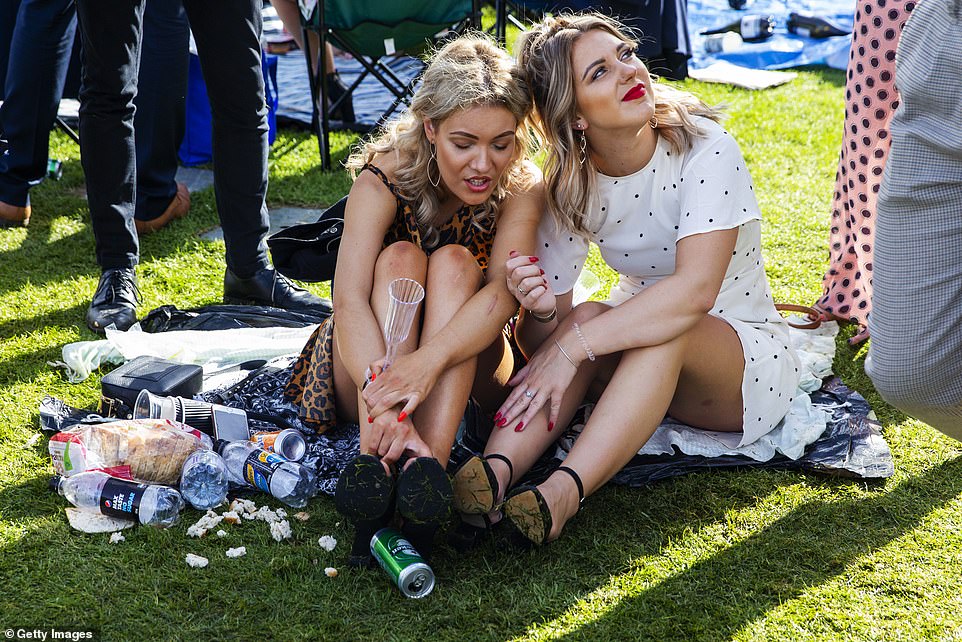 Racegoers enjoy the atmosphere, and a range of beverages, after the 2019 Melbourne Cup Day at Flemington Racecourse

She has had four starts this spring - all of them at the elite Group One level - and won three of them, but the 3200-metre distance of the Cup is an unknown for her, and a challenge for a mare who can run over-enthusiastically early in races.

'If you’re including Anthony Van Dyck, you have to include her,' Marshall said.

'Her racing manners are a bit of a question mark. She’s worth a punt because she’s just going so well but will she run out 3200 metres? It'll take a gifted ride.'

O'Brien will have three runners in the race, and Russian Camelot stands out at his top chance.

The four-year-old was installed as Melbourne Cup favourite after winning the South Australian Derby in brilliant style back in May, and although his form has been excellent on paper this spring - one win and three placings all at Group One level - he has lost some support in betting markets.

He was outpaced at the end of the Cox Plate, and that is perhaps excusable given he was being trained toward the long distance of the Cup, but Marshall would like to see jockey Damien Oliver relax the horse more and settle further back in the field.

'I would just like to see him ridden a bit quieter,' Marshall said. 'His best run was in SA Derby when he was ridden at the back, whereas he’s been ridden up on the speed every start this preparation.'

One horse that will definitely be ridden quietly and trying to finish off hard is Surprise Baby, the Horsham-trained gelding who will be ridden by last year's winning jockey Craig Williams.

He rattled home down the outside in last year's Cup but the finishing line came a bit too early, just as he was about to overhaul the placegetters.

'He was very unlucky in a slowly run race last year,' Marshall said. 'He flew home and ran the fastest final furlong.

'He has his hoof on the till. He's a bigger stronger horse than last year, and I don’t think it’ll be slowly run this year, I think there’ll be genuine tempo.' 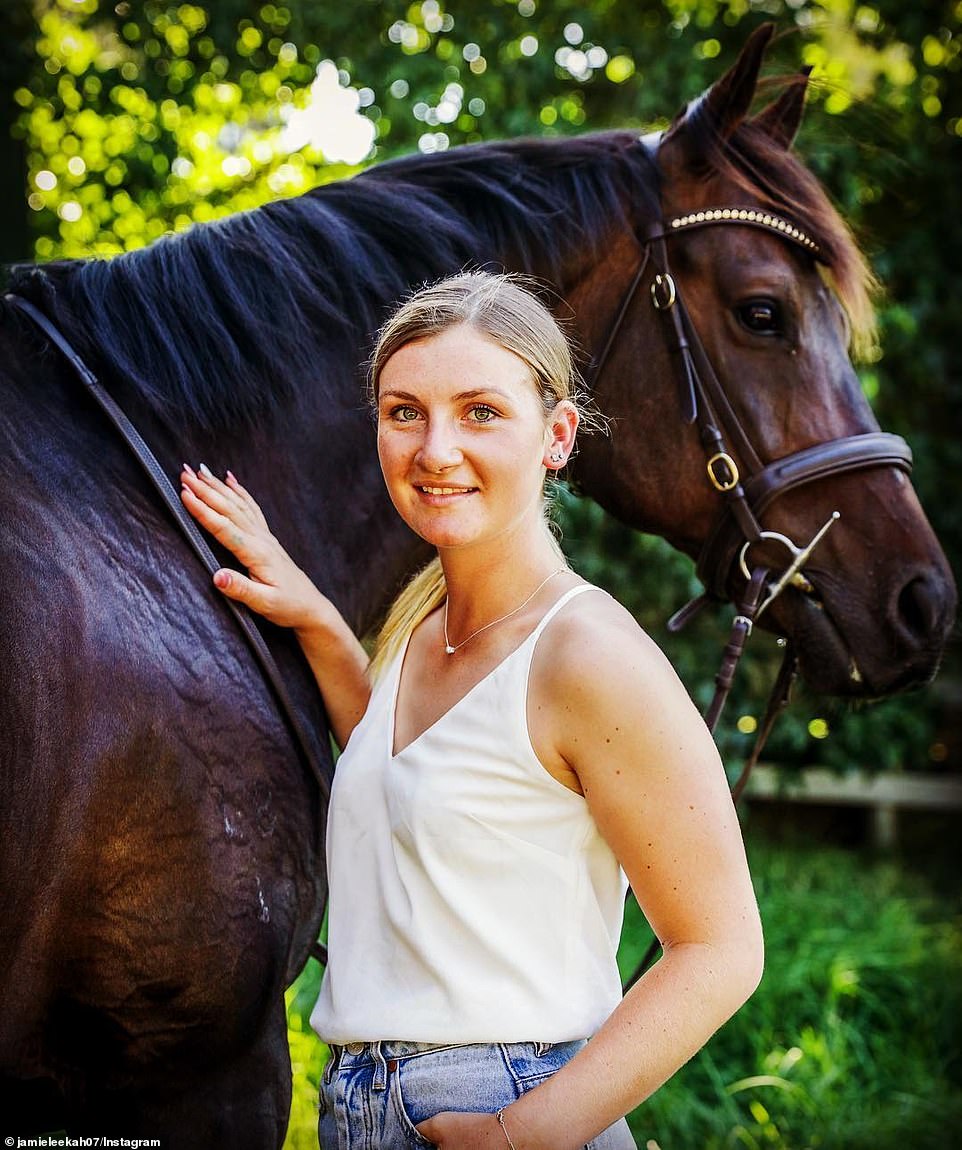 Jamie Kah has been the dominant jockey in Melbourne this season and she will ride Prince of Arran in the Melbourne Cup. A female jockey, barrier one, and Prince in the horse's name was the same combination that saw Prince of Penzance win in 2015

The top Melbourne training team of Ciaron Maher and David Eustace have three runners in the race, and the standout is the recently imported Sir Dragonet.

In his first start for the stable, he stormed to victory in the Cox Plate and veteran jockey Glen Boss said the stallion was the best chance to complete the Cox Plate/Melbourne Cup double since he rode the great Makybe Diva to the third of her hat-trick of Cup wins in 2005.

'His gallop-on after winning the Cox Plate over 2040 metres was very strong, which suggests he’ll improve over longer,' Marshall said. 'The Melbourne Cup was his target, so to pick up a Cox Plate along the way is impressive.

However Marshall believes Persan, another of the Maher/Eustace runners, looms as the best chance at long odds.

The four-year-old stallion has been in training since April, but shows no sign of tiring, having either won or finished second in all of his past nine races, and gets into the race with the minimum weight of 51 kilograms.

'His form is just outstanding and the Maher-Eustace team’s record with stayers is amazing,' Marshall said. 'He has a really good grounding as a lightweight Cups horse and everything about his form indicates he will run out the 3200.'

Prince of Arran is the other runner Marshall says must be rated a winning chance. 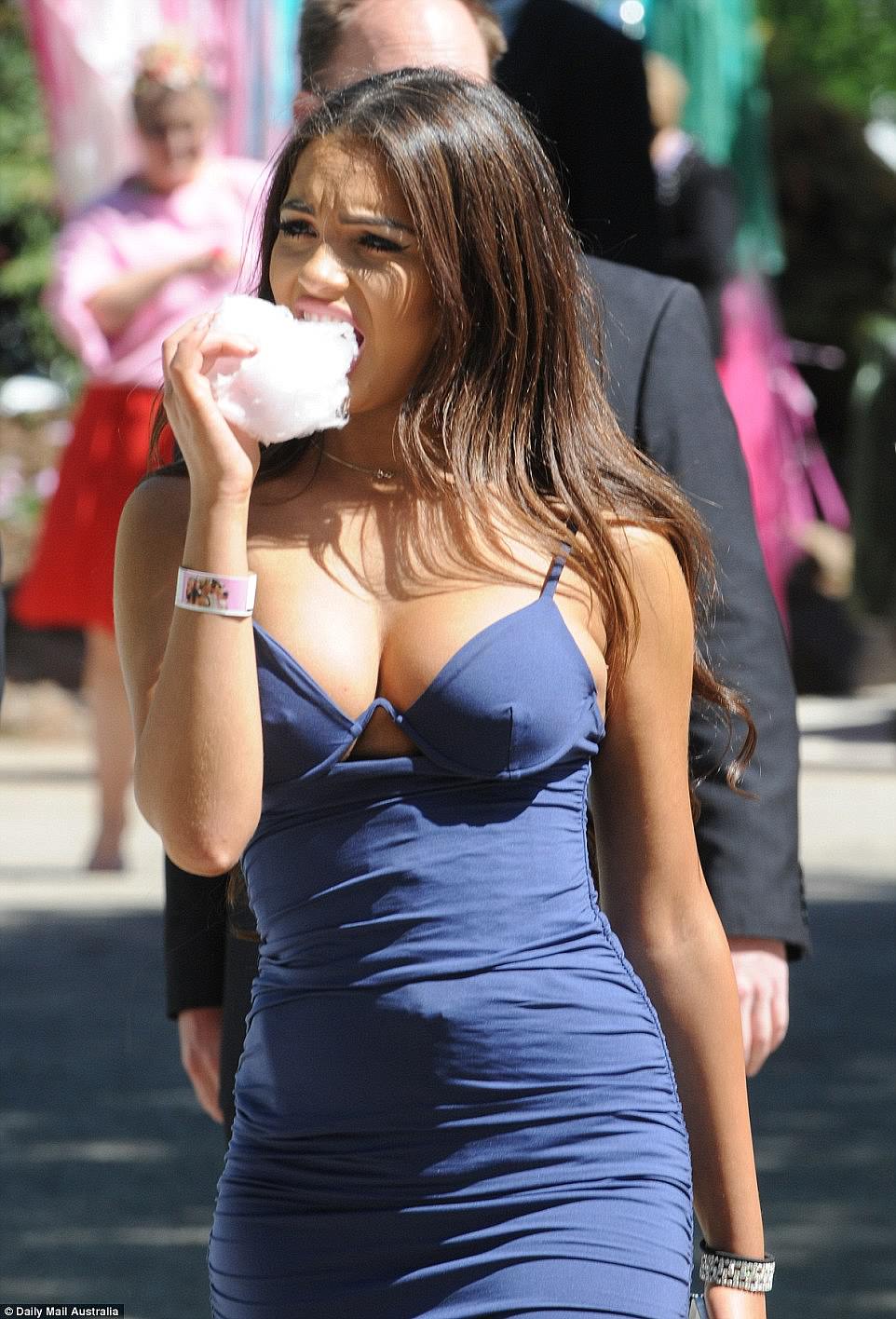 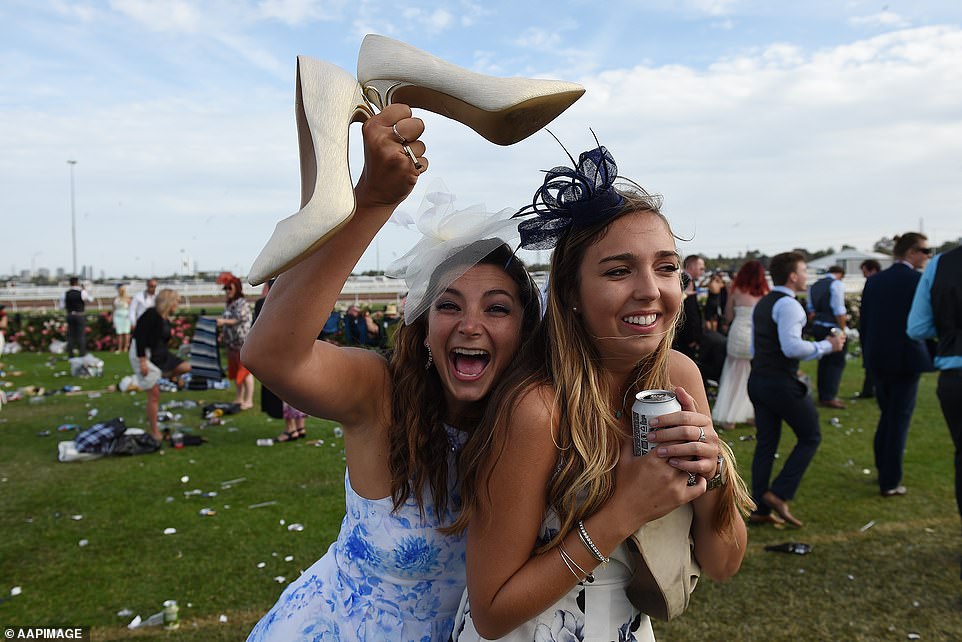 The English stayer ticks all the boxes: an inside barrier, proven two-mile form after running third and second in this race in the past two years, an in-form and confident jockey in Jamie Kah, and a strong performance last start when he surged into fourth place in the Caulfield Cup.

Beyond those chances, Marshall rates Geelong Cup winner Steel Prince as a value bet, along with Twilight Payment who led last year's race for a long way and has shown brilliant recent form back in Ireland.

Simon Marshall's suggested bet: A same-race multi with Sportsbet - Tiger Moth to finish first or second, with Verry Elleegant and Persan to finish in the top four.

Chris Lines' suggested bet: Place bet on any of Steel Prince, The Chosen One or Avilius.

Who's your money on? Your comprehensive guide to every runner in the Melbourne Cup and which horses could make you a fortune

Having a flutter on the Melbourne Cup? Picked up a runner in the sweep? Or do you just want to sound like an expert when giving your tip? Here's your guide to every runner in Tuesday's big race.

The Irish stallion is aiming to become the first top-weight to win the Cup since Makybe Diva in 2005. His strong second behind Verry Elleegant in the Caulfield Cup was impressive given the weight he carried and it was on unsuitable soft ground. Will go better on Tuesday's good track, draws perfectly in barrier 3 and has Winx's former jockey Hugh Bowman. Hard to beat, but the weight is the only question mark. 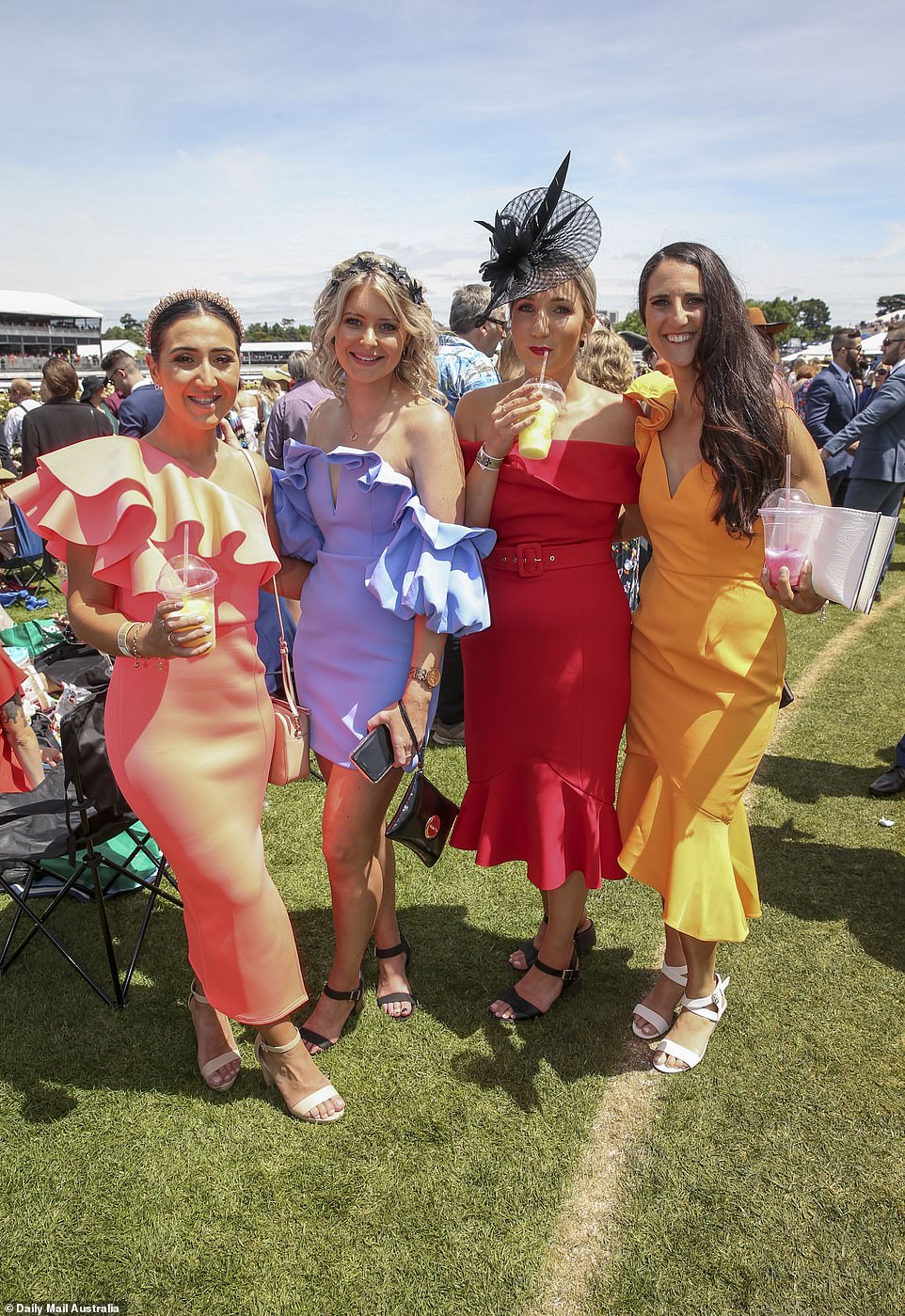 TAB expects to process over 100,000 wagers a minute at peak times on Tuesday, its biggest trading day of the year 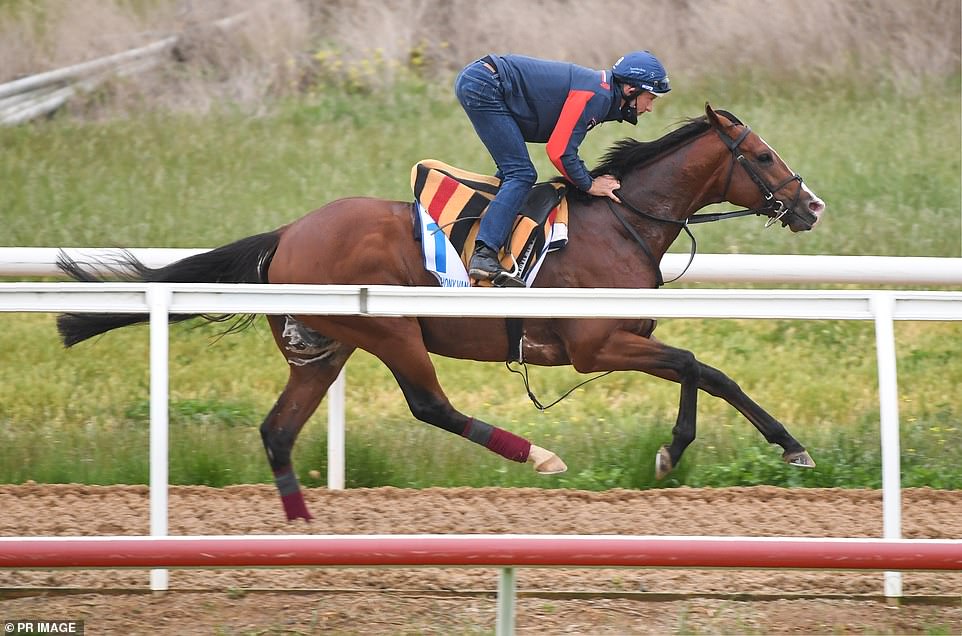 Jockey Hugh Bowman rides Anthony Van Dyck in trackwork leading into the Melbourne Cup. Bowman knows all about big races after guiding Winx to most of her record-breaking tally of wins

Trainer James Cummings is trying to add to the record of his granddad Bart, who won the Melbourne Cup a remarkable 12 times. The powerful Godolphin stable (which won the race in 2018 with Cross Counter) has not sent any runners from Europe this year due to Covid-19, so all hopes are pinned on their Australian operation. He was unlucky in the Caulfield Cup when blocked for a run in the straight, but would prefer a softer track.