Woman, 18, dies and man, 22, is injured while scuba diving in a lake at Montana's Glacier National Park Both victims were part of a scuba diving group made up of six people who were diving in Lake McDonald on Sunday afternoon  The 18-year-old woman had an unspecified accident and died at the scene  Male diver, aged 22, was airlifted to a hospital for hyperbaric treatment, which is used for decompression sickness caused by surfacing too quickly  At 10 miles long and 464 feet deep Lake McDonald is both largest and deepest body of water in the park  Temperature of most lakes in Glacier National Park never gets above 50 degrees at the surface

An 18-year-old Montana woman has died and a 22-year-old man was injured in a scuba diving accident in a popular Glacier National Park lake over the weekend.

Park rangers responded to a report of an accident at Lake McDonald just before 6pm on Sunday.

The woman died at the scene, despite repeated efforts by her diving companions and first responders to revive her. Her name and cause of death have not been released as of Tuesday afternoon.

The 22-year-old man suffered shortness of breath and was transported by an ambulance to Kalispell Regional Medical Center.

He was later flown to Seattle, Washington, for hyperbaric treatment, which is commonly used for decompression sickness that can be caused by surfacing too quickly while scuba diving. 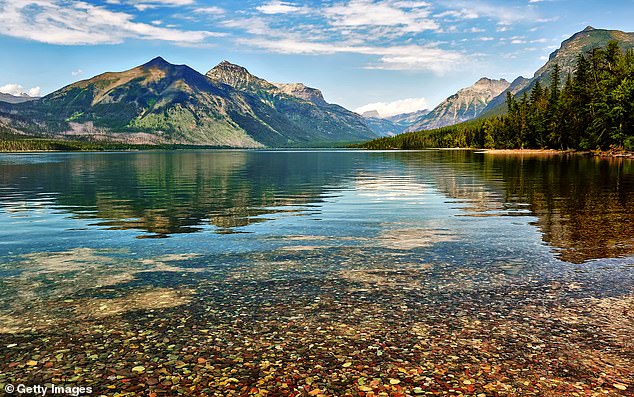