How this run-down milk bar with an outdoor toilet and no heating was transformed into a stunning three-bedroom home with 180-degree views of Melbourne's city skyline, a freestanding bath and an entertainer's patio A family home in Richmond, Melbourne, was once a rundown milk bar without heating or closing windows The property at 43 Bendigo Street was passed down through multiple generations of the Lyster family Jen Lyster was the last family member to live at the address in 2009, before selling it to a property developer  Ben Reid transformed the home in 2012 into a stunning three-bedroom palace with an entertainer's patio The house is up for auction on Saturday November 7 and expected to fetch upwards of $2million on the day

A rundown milk bar in one of Melbourne's most sought-after suburbs has been transformed from an eyesore with no heating and chipped brown paint into an elegant three-bedroom family home.

The now luxurious three-level property in Richmond has been passed down through generations of the Lyster family, who originally built the humble shop selling newspapers and milkshakes in 1884.

Jen Lyster was the last family member to live inside 43 Bendigo Street before selling it to property developer Ben Reid in 2009.

It didn't take Mr Reid long to see the potential in the building, which now has stunning 180-degree views of Melbourne's cityscape, a freestanding bath and open plan living and dining area a little over a decade later. 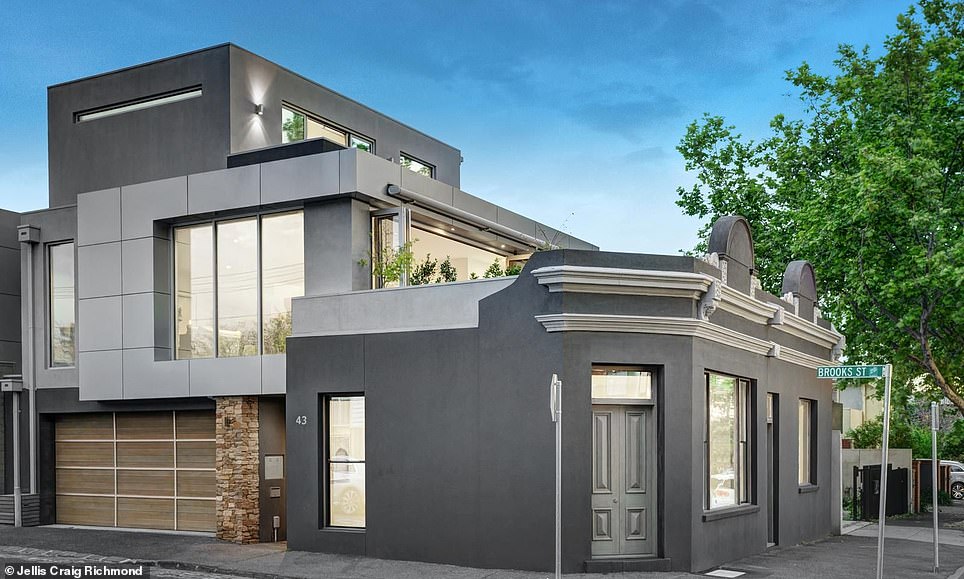 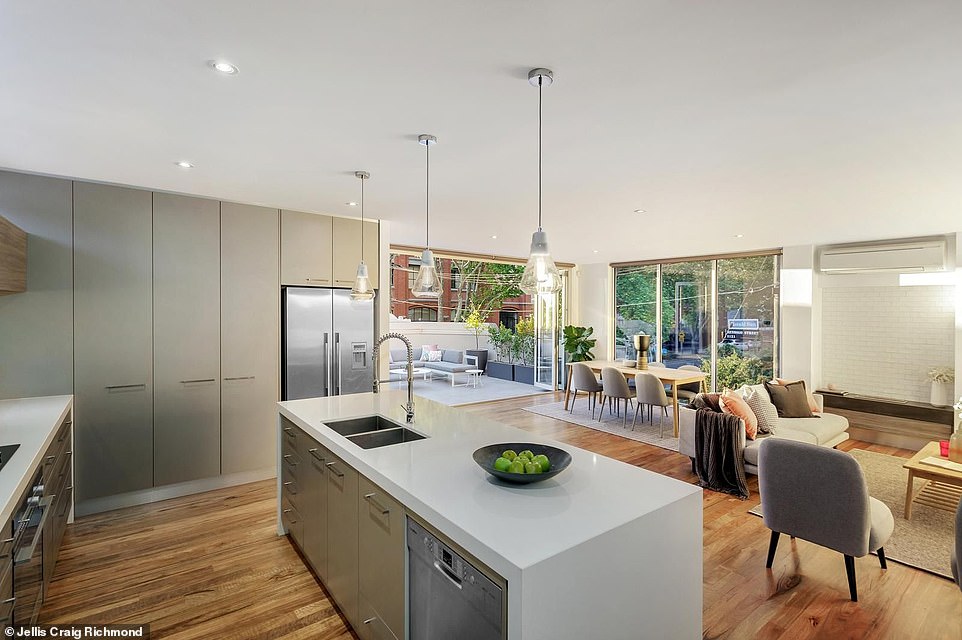 A stunning gourmet kitchen sparkles inside the home with an

A formal finish to the Class of 2020's turbulent year mogaznewsen