A sign of the summer to come: Huge hailstones, severe thunderstorms and a months’ worth of rain to fall in Australia – and forecasters predict it will be like this until March More wild weather is expected on east coast today and throughout next week  La Nina climate cycle is bringing cooler temperatures, heavy storms and hail  Meteorologists say the conditions are likely to last throughout the entire summer

Heavy rain, huge hailstones and thunderstorms continue to bombard much of Australia less than a month away from summer.

The La Nina climate cycle is bringing cooler-than-average temperatures to the east coast and meteorologists say it's likely to continue right through to March.

Queensland, New South Wales, Victoria and South Australia were lashed with damaging storms last week and now there is more wild weather on the way today.

Although there could be a brief moment of sunshine and warm weather on Friday and over the weekend, a deep low pressure system is forecast to smash the eastern states early next week. 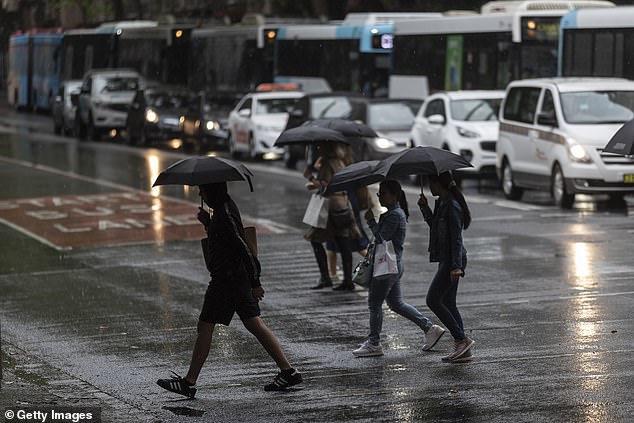 It's less than a month away from summer but heavy rain, large hailstones and thunderstorms are continuing to bombard much of Australia 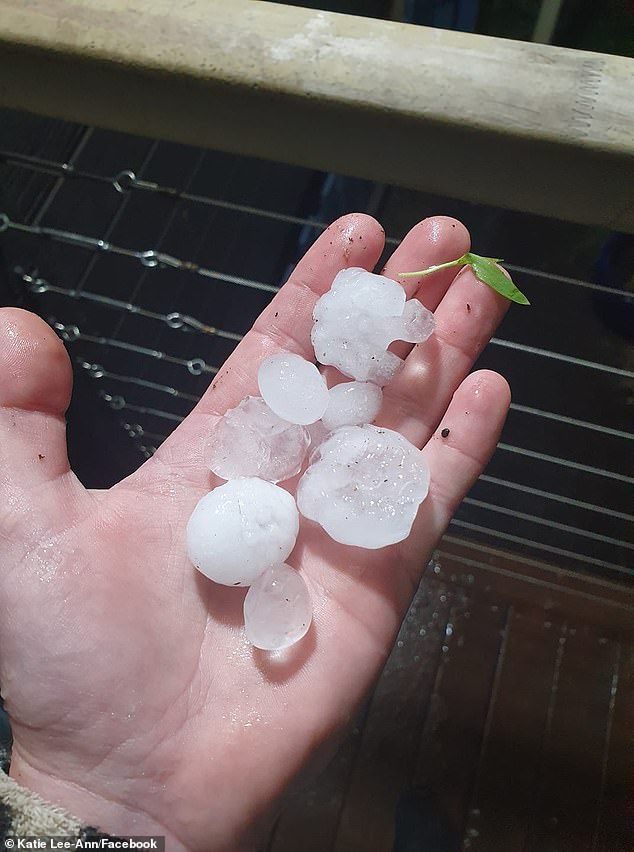 Queensland, New South Wales, Victoria and South Australia were lashed with damaging storms last week and now there is more wild weather on the way today. Pictured: a woman shows the size of the hailstones that fell last week

'Summer is still officially just a few weeks off, but with La Nina we are expecting it to be cooler-than-average across eastern Australia,' Bureau of Meteorology duty forecaster Jonathan How told the Daily Mail Australia.

'That's what we have seen in spring and it is expected to continue.'

Overnight a cold front blasted the southeast of the country even bringing heavy snow in Australia's Alpine region.

A frontal system on Thursday is causing some showers in parts of South Australia, Tasmania, Victoria and NSW.

'It's going to be wet today and tomorrow. The heaviest rain for the next two days is going to be across NSW,' Mr How said.

'Some parts could see half a month of rain and very isolated spots could be getting up to three quarters and possible even more. 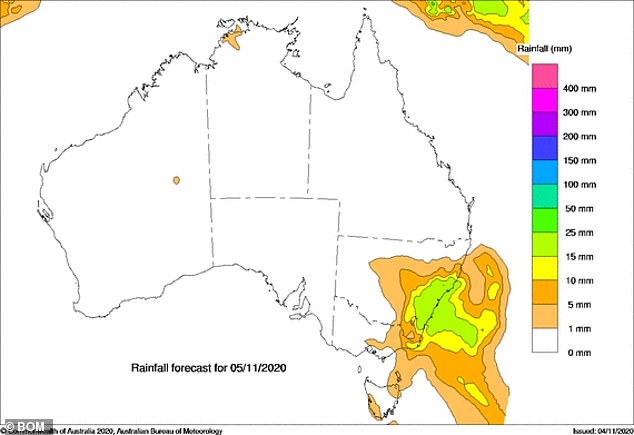 A frontal system is bringing some showers to parts of South Australia, Tasmania, Victoria and NSW Thursday 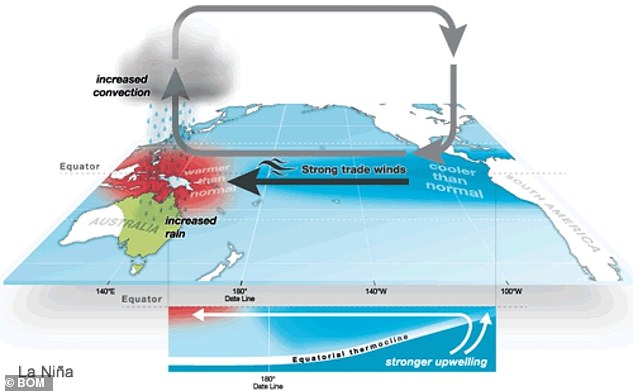 Newcastle and the Central Coast are forecast to receive a downpour of 50mm today, half of