Qantas and Jetstar will dramatically increase the number of flights between Victoria and NSW when the border closure between the two states is lifted.

NSW Premier Gladys Berejiklian said on Wednesday she would reopen the border on November 23 after closing it for the first time in 100 years on July 8 to stop Victoria's Covid-19 second wave from spreading.

Just 10 return flights a week are operating between Melbourne and Sydney on Qantas' low-cost carrier during the border shutdown.

In three weeks' time, Qantas will offer 75 flights on that route and Jetstar will run 42 with fares starting at $75. 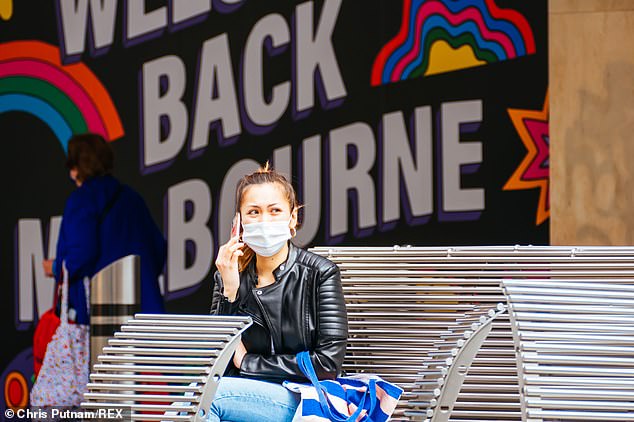 Qantas and Jetstar will dramatically increase the number of flights between Victoria and New South Wales once the border between the two states opens in three weeks. A masked woman is pictured in front of a 'Welcome Back' sign in Melbourne on November 1

Qantas and Jetstar have said they will offer 250 flights a week on five routes between the two states.